Darts? Who shoots darts from an airgun?

Lots of people, though darts aren’t as popular today as they were 100 years ago. And there’s a good reason for that. Today’s airguns, with their rifled barrels, are accurate and have enough power to shoot lead pellets to great ranges. But it wasn’t always that way.

Airgun barrels of the 19th century and before were not usually rifled. Rifled barrels, while not unknown, did not come into play in a big way until BSA began using them on nearly all their air rifles starting in 1906. The underlever model they introduced that year was the first of a long line of modern air rifles based on powerful spring-piston powerplants

Before then, spring-piston guns were relatively weak and were most often smoothbores. The early airguns needed a missile that had low drag in the bore and was self-stabilizing. Enter the dart. Darts have been used for target airguns since at least the 1600s and quite possibly earlier. The darts used by airguns have traditionally looked like hand-thrown darts except for their smaller size.

Some entire brands of airguns relied heavily on the use of darts because their powerplants were too weak to propel anything heavier or anything that had high friction. A dart slides through the smooth bore of an airgun on a cushion of some kind of low friction material. Today’s most common airgun darts have tails full of synthetic fibers to provide this cushion. Not only does it make a low-friction surface to slide on, it also seals the bore to keep the high-pressure air or gas behind the dart.

When a dart exits the muzzle, the synthetic skirt opens to a larger cone shape and starts dragging on the dart as it flies. Either that or some darts have much longer hard plastic tails that don’t spread, but their length and shape still provide the needed drag. That keeps the point oriented forward in the direction of travel, which is why the dart sticks in the target when it lands.

Darts are only suitable for smoothbore guns that allow loading directly into the breech. They don’t feed through repeater mechanisms worth a darn! And, their metal bodies are very hard on rifling. On the other hand, they are much better for informal target shooting in tight spaces because they stick to the target instead of splashing back as lead fragments.

You can use a standard dartboard like the ones sold in sporting goods stores or you can sometimes buy the board with the gun. Find a safe place to mount the board and make sure there will be no damage done to the wall or other property if you miss.

Dart guns are low-powered, quiet indoor target pieces for close-range work. They’re perfect for apartment and condo dwellers, or anyone who wants to keep their indoor shooting to themselves. 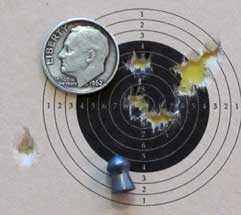 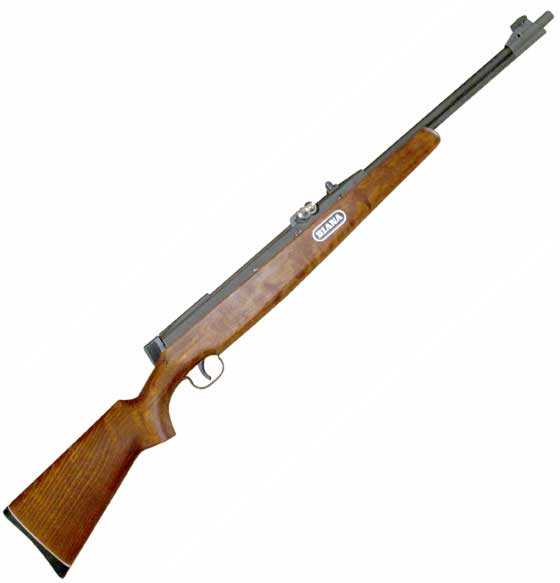