Before we start, an alert reader has a report on the Gamo Rocket pellet.

I’ve found the Rockets to be a tad better than B.B. did – basically the same results but with one big difference.

When shooting them at 20m at a hardwood backstop tilted about 10 degrees one of them rebounded and hit my leg. It wasn’t travelling very fast and I assumed it was a fluke. Then it happened again, and again and once it came back with a air amount of oomph!

Upon inspection of the rebounded pellet, it was only the lead portion and not the BB. Apparently the hard BB rebounds and transfers the energy cleanly to the lead since it travels back on almost the exact same vector from which it was fired.

If a rebounded pellet can cause a slight eye injury risk at 20m once every 10-20 shots then the risk at 10m is very significant. A hunting shot at 10m is not uncommon. Even if there isn’t a clean surface to create a perfect rebound, the BB presents a major ricochet risk when fired at high velocities.

If there was ever a classic air pistol, the Crosman 600 is it! It’s the gun others are compared to. Reader Schten Dohkji mentioned that we had no 600 pictures in the blog, and I was surprised to learn I had never reviewed it! 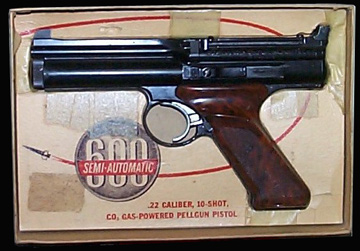 Early autoloader!
Crosman’s 600 first hit the streets in 1960. That was the time when Crosman powerlets had a bottle-cap seal that leaked, so CO2 guns weren’t well-received. But the 600 lasted through those times and into the era when reliable powerlets came along. It was a true semiauto, where each pull of the trigger fired the gun. It held 10 .22 caliber pellets in line on the left side of the action in a built-in magazine. Linear mags have a reputation for poor feeding, but as long as you used domed pellets or wadcutters, the 600 fed well most of the time.

Lightning fast!
The 600 has a feed arm that moves to the left so the next pellet can be shoved in, then back to the right in line with the barrel. A bolt probe then jumps forward, stuffing the pellet into the breech. All this happens super-quick. If the gun ever goes full-auto (shooting all pellets as long as the trigger is held down), it dumps all 10 shots so fast that it sounds like one loud shot! I’m guessing the cyclic rate is close to 2000 rpm! And, going full-auto was one of the 600’s little quirks. In fact, people used to modify it to do that until they realized that it didn’t sound like a machine gun at all – just a loud air pistol, because they couldn’t distinguish the individual shots firing. 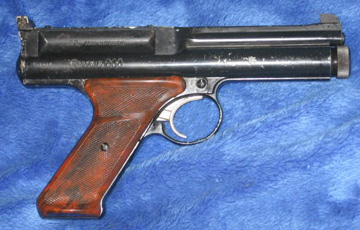 Excellent trigger and great accuracy!
The trigger is very light and almost crisp. The little mushiness is hardly noticeable, since almost everyone shoots the gun as fast as possible. If you take your time, a 600 can be very accurate. Crosman really knew how to rifle a barrel, and they put the very best into this pistol. It’s as accurate as a Crosman Mark I.

In demand!
A used 600 will bring $225 in shooting condition and $275 in excellent condition in the box. They shoot so well that they are in demand. When the UK relaxed their laws against CO2 guns years ago, the Brits went crazy importing the 600. For a while, you couldn’t buy one for less than $350 in any condition. Those days are over, but don’t expect to get a cheap one unless you get lucky. 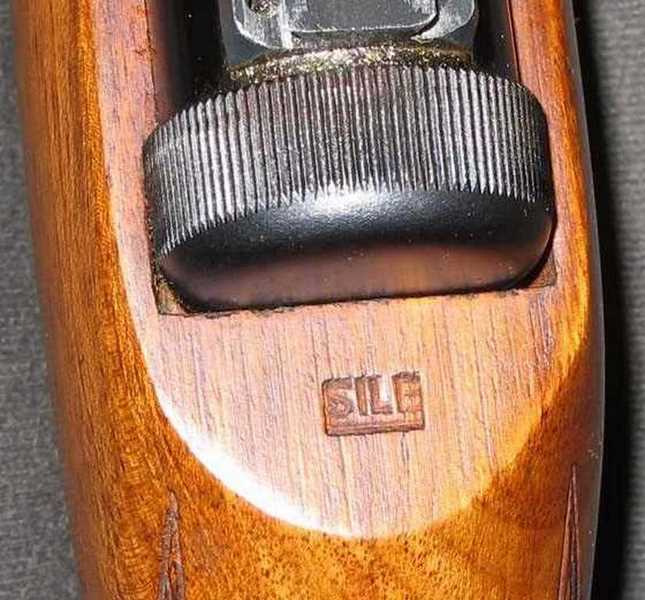