A reader asked for this information, and I expect that many of you are curious. I’ll talk about the basic design of a pneumatic valve, and everything I’ll cover applies to CO2, with a few modifications I’ll mention

This is a knock-open valve
The most commonly used air valve in airguns today is the knock-open valve. To operate it, a valve stem is struck by a weight called a hammer that is driven by a spring. The inertia of the impact moves the valve stem in the same direction. There is a synthetic valve face on the valve stem that holds the high-pressure air (or CO2) inside a reservoir until the valve is open. A valve-return spring behind the valve face starts the valve moving back toward the closed position after the valve has opened as far as it can. Once the valve stem starts to return to the closed position, the pressure of the air or gas in the reservoir also pushes on it. That’s because the pressure inside the channel of the valve body is always a little lower than the pressure in the reservoir. If it weren’t, the valve would remain open longer, dumping a lot of the air in one shot. The little valve-return spring exerts a huge controlling force over the valve because of this pressure differential.

Let me illustrate…with gross exaggerations!
The following illustrations show huge clearances inside the valves, when, in fact, they’re really quite small. Clearances are one place where pneumatic and CO2 valves differ. CO2 gas is a molecule of two oxygen atoms bonded to one carbon atom. It is relatively large compared to the size of oxygen, nitrogen and other gas atoms found in air. CO2 flows slower than air and needs a larger passage to go through. Let me put that a different way. If you were to shoot a CO2 gun filled with air that’s pressurized to the same pressure as CO2 (about 853 psi at 70 degrees F), it would be significantly more powerful. 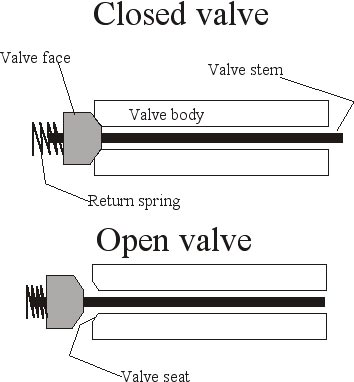 These two illustrations of the cross-section of a pneumatic valve illustrate how the valve works. The other parts of the gun (reservoir, barrel, hammer, etc.) were left out for the sake of clarity.

Many variations of valves
The illustration is of no specific valve. It is just a representation. AirForce Airguns valves, for example, have a hollow valve stem through which the air flows. Rather than attempt to show all the different styles of air valves, I wanted to show just one simple style to give you the general idea of how they work. I left out the hammer and hammer spring, which would be on the right side of the valves shown above, and the reservoir, which would be on the left side. I didn’t show how air gets from the right side of a valve into the barrel, but it is done through a passage called an air transfer port. Any other places where the air might go are sealed with O-rings.

How the valve is designed and set up determines performance
Looking at the illustration, you should realize that the longer the valve remains open, the more air will flow through it. You can affect how long a valve remains open by the strength of the return spring, the pressure inside the reservoir, the length of travel of the valve stem and the inertia of the hammer. There are limits, however, which is why you don’t get an increase in power beyond a certain point when you install a heavier hammer or a stronger hammer spring.

On the other hand, Tim McMurray still makes a rifle called the US-FT that gets filled to only 1,800 psi at the most and still delivers 60 Crosman Premier 10.5-grain .177 pellets at nearly 900 f.p.s. before the pressure drops by only a small amount and the gun needs to be refilled. The secret with this gun is a well-balanced valve that doesn’t require raw pressure in order to function. McMurray substituted dwell time for the extra pressure, to extract all the performance the air has to offer.

So there you have it, sports fans – the design of a valve. They all differ somewhat, but the underlying principles are the same. 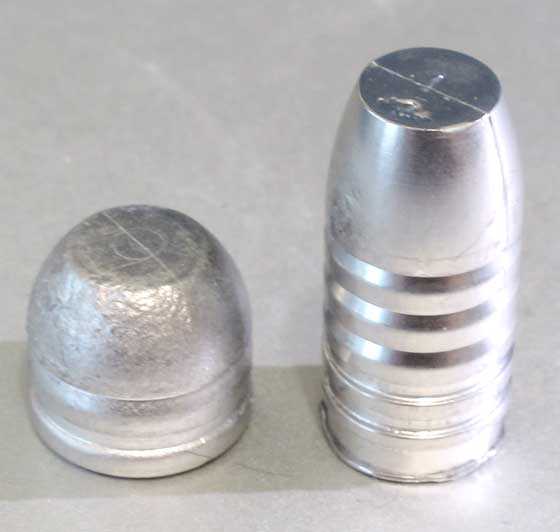 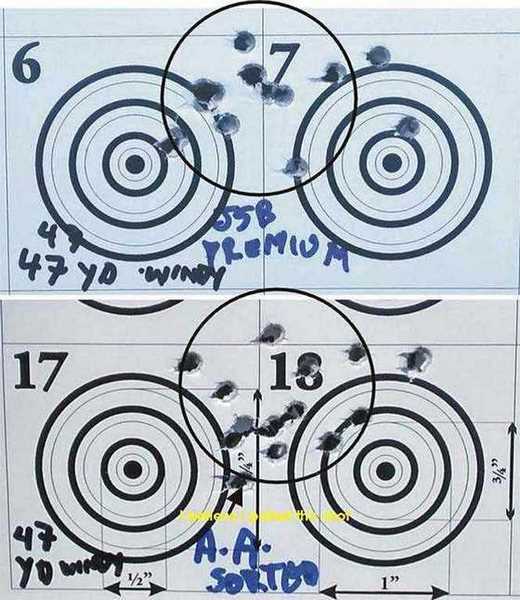