Okay, the season of airgun shows is upon us once more. Every year I hear from desperate airgunners in November after the Roanoke show is over. They ask why nobody told them about the airgun shows that were held in the U.S. Well, I am about to do that right now!

What you will find at a show
If you have ever cruised active flea markets or gun shows, an airgun show looks like a condo yard sale in comparison. There aren’t many tables (20-130, depending on the show), and there aren’t enough people to make a good cheering section for a chess tournament. Usually, when a first-timer sees the show, he initially thinks he missed it, and these are the remnants of dealers packing up.

Don’t be too quick to judge!
On one table, you may find 10 Benjamin air pistols from the 1940s – and three are still in the box! Where else are you going to find that, outside of your wildest dreams? Another three tables hold every model of Daisy BB gun from 1887 until 1920. They don’t look like much when they’re not on a two-page spread in a coffee table book, but five of them will buy a new car and ten will buy a Corvette. There are over 60 guns on those three tables.

Take your Ritalin!
I love to watch the guy who speedwalks the show, looking for a BSA Superstar underlever in .22 caliber! He sees the entire show in 25 minutes, loudly pronounces it a huge waste of time and leaves – presumably to go back to his chat forum to rake the show organizer over the coals. Half an hour later, a doctor who has just decided to give up airgunning piles 40 modern guns on a table at the entrance to the show and starts selling them for what he paid for them – FROM 1980 UNTIL FIVE YEARS AGO! Among the boxes (they are all boxed) is a like-new BSA Superstar underlever in .22 that he wants $300 for. This is a true story that I watched unfold last year.

Little Rock, AR
The Little Rock Airgun Expo is in its 12th year. It will be held at the Saline County Fairgrounds (Exit 116 on I-30) on April 27 and 28. If at all possible, arrive at the opening at 10 a.m. on Friday. Admission is $5. The dealers will have been buying and selling among themselves since the afternoon before, but there will still be bundles of great deals at opening time. On Saturday, dealers will start thinking about the long drive or flight home, and will start to pack up early. Some have come from California, some from New York and some from Florida, so I don’t want to hear any excuses that Little Rock is 150 miles away!

Toy Gun and BB Gun Show: Wooster, OH
I have little information on this one. I believe it runs in April. Contact Ron Wright for details 330-624-3741.

Baldwinsville, NY
On the third Saturday in July, Larry Behling (the author of the Air Machine Gun book) holds the Baldwinsville Show and Shoot in this beautiful old village nearby Syracuse. If you are an antique buff, there is a super 3000-booth outdoor antique show very close by. The airgun show is held in the hall of American Legion Post 113. Call 315-695-7133 or email co2bbjlts@juno.com.

The nice thing about this show is that it draws a lot of Canadians, and they sometimes bring guns not often seen in the U.S. It also pulls from the New England area, so you’ll see some very rare, old antiques…and many of them will have airguns! BB gun guru Wes Powers will have a table that will astound most new collectors. There are many regulars such as Don Raitzer and Richard Schmidt, who will have the common vintage collectables most new collectors and shooters long for. Crosman 600s will abound as will Town & Country guns (if you’re lucky) and other vintage guns such as Rochesters and Apaches. Remember, New York has been home to many airgun manufacturers.

Daisy Get Together: Mason, MI
If you collect BB guns, or want to, you must attend this show. It’s held in Mason, which is in southern Michigan, in late August. This show attracts all the most serious Daisy collectors in the United States. There is no model you cannot buy or upgrade at this show.

There are about 100 tables at this very active and jammed show. Call Bill Duimstra at 616-878-0306 or email him at bduimstra@campbellagency.com.

Frederick Gun Show
When the Damascus Airgun show was cancelled several years ago, it left a void for airgunners in the Mid-Atlantic states. For six years, airgunners had attended Damascus to see new airguns. There were vintage guns there as well, but there were more new airguns than at all other shows combined. That show has been replaced by airgun tables at the Potomac Arms Collectors Association gun show in Frederick, Maryland. In 2006 there were about 20 tables of airguns, but don’t let that number fool you. Quite a few major airguns were there, and some of the walk-ins were surprising, too (butt-flask rifle from the 1700s). They are planning on emphasizing airguns at this year’s show.

Marv Freund puts on this show in conjunction with PACA. Call him at 301-424-7988 or email mrfreund@erols.com. He’s planning to hold it in October this year.

The BIG one: Roanoke, VA
The International Airgun Exposition will hold its 14th show this year in Roanoke, VA, on the first Friday and Saturday in November. This is the largest airgun show in the world, and it attracts visitors from Europe. You may see anything and everything for sale at this show. There were 130 tables in 2006.

Those are all the regular airguns shows I know about. I welcome information on any other annual airgun show in the U.S., Canada and Mexico.

Answering GrandpaDan — the biggest blog ever! 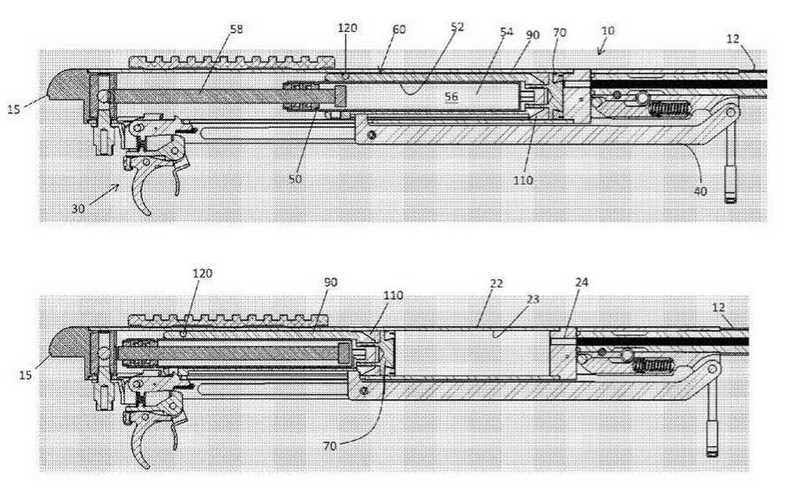