When I left off last time, I promised to show you a Daystate that not many airgunners have heard of. I had two of them, which qualifies me to tell the tale of the airgun many of you have probably daydreamed about and wondered why nobody ever made. I’m talking about the Daystate Sportsman Mark II.

“What they oughta do…”
How many times have I heard airgunners talk about their reservations with precharged guns? They like the way the guns shoot, if only there was some way around the scuba tank and hose. Other airgunners look at their Blue Streaks and wonder why someone has never thought to put a premium barrel on one and perhaps give it some more power. If they know of the Sharp Ace, they wonder all the more. [The Sharp Ace is a more refined multi-pump with greater power and accuracy than the Benjamin Sheridan rifles.]

“Yeah,” they muse, “If only Daystate or Falcon would build a PCP and build a pump into it so you don’t need a scuba tank!”

Daystate Sportsman Mark II is a multi-pump pneumatic that’s built like a PCP. Shooters said they wanted it, but sales didn’t agree.

“They” did!
Wonder no longer, my friends – the gun was built. Like I said, I had two of them. The Daystate Sportsman Mark II is a multi-pump pneumatic that’s built along the same lines as a PCP, only with a pump built in. The UK version reached 12 foot-pounds and required only two pumps. If it is pumped further, a relief valve will open to exhaust the excess air. The U.S. version hit 25 foot-pounds and required five pump strokes. Of course, as with any multi-pump, you could always stop at fewer pumps and shoot with less power. On one pump, my .22 caliber rifle got about 6.5 foot-pounds with Crosman Premiers. Two pumps gave me 11.8 foot-pounds. Three took me up to 15.5 foot-pounds and four got 17.5 foot-pounds. Five pumps got 19.5 foot-pounds with Crosman Premiers. With a 29.6-grain Dae Sung (similar to today’s Eun Jin pellet) the rifle got 24.5 foot-pounds. The rifle was made in .22 caliber and there were plans to make it in .25 also, but I don’t know that any were made.

Sounds nice!
Wow, you say! I’d really like that! Sure you would, if only the pumps took the same effort as your Blue Streak, but they didn’t. Pump number three required about 67 pounds of effort. Pumps four and five took about 77 pounds of effort. Even pump number two took between 55 and 64 pounds of effort, so the 12 foot-pound gun was no delight, either. The eigth and final pump of a Blue Streak takes about 33 pounds of effort. I have watched several grown men fail to pump the Sportsman five times. A great many more simply refused to do that much work. That was the problem with the rifle. If the invention Tom Gaylord showed you for the Benjamin 392/397 were incorporated into the Sportsman, then, yes, it could be successful. But as it was produced, even in a 12 foot-pound gun, it was simply too difficult to pump. The pump handle swung 105 degrees away from the side of the rifle and the pump effort didn’t start to build until the handle was about halfway back. 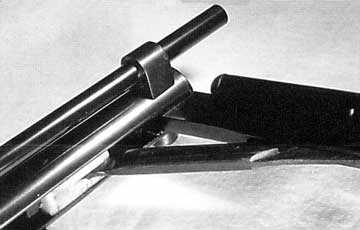 How did it shoot?
It shot just like you imagine it would. It shot exactly like a PCP. The pump lever was on the right side, so it tried to rotate the rifle in that direction when you held it, but other than that there was little difference between the Sportsman and any .22 caliber PCP of the time (1997). There was no noticeable recoil; the trigger was light and delightfully crisp and accuracy was minute of thumbnail at 40 yards – everything you would expect.

The photos show the same clean lines that Daystate was putting on their PCPs at that time. Fortunately, this rifle was made when they were lightening all their PCPs, because that pump mechanism added several pounds of weight. The unscoped rifle weighed 9.5 lbs.!

History
Before there was a Mark II there was a Mark I. Before that, the rifle existed under another name altogether. Daystate didn’t actually design it. They acquired the design from another source, and I just recently learned from Daystate of America that they didn’t actually build it in-house, either. They acquired it from an outside source and put their name on it.

I liked the rifle after getting used to it. After time passed, comparison with my PCPs that were so easy to just shoot caused me to part company.

For those who find themselves intrigued, these guns still show up at airgun shows. Asking prices are about $550, which is close to the new price in ’97. Every one of them you find will probably be in excellent condition – both because the gun is so beautiful that their owners will care for it, and because it is so hard to pump that nobody will ever wear one out! 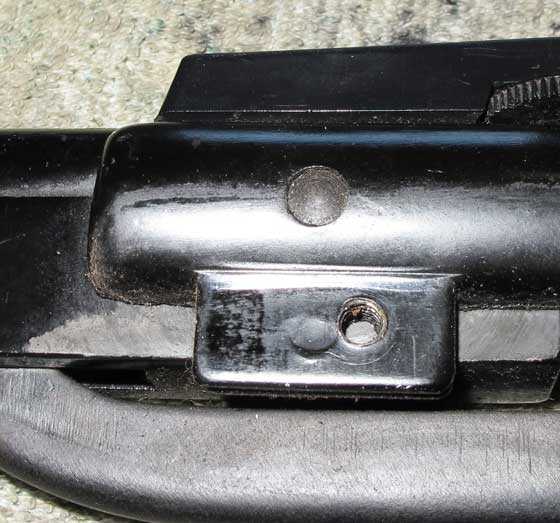