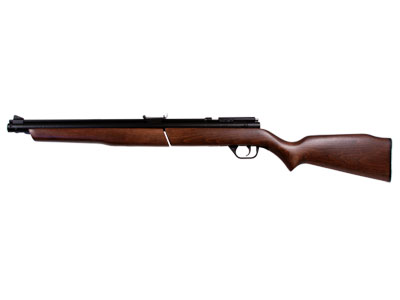 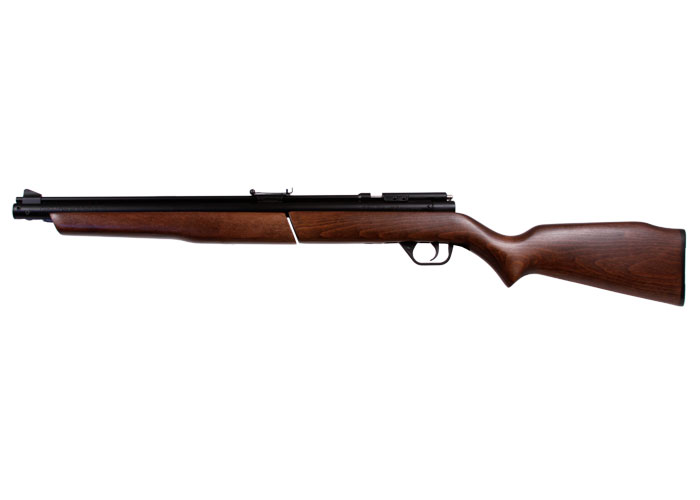 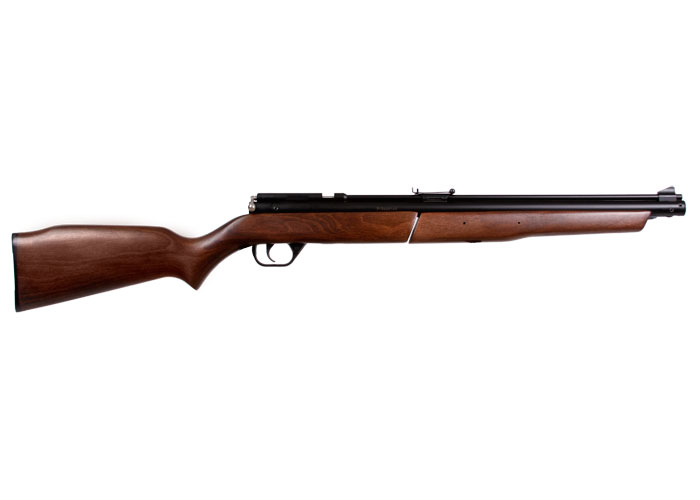 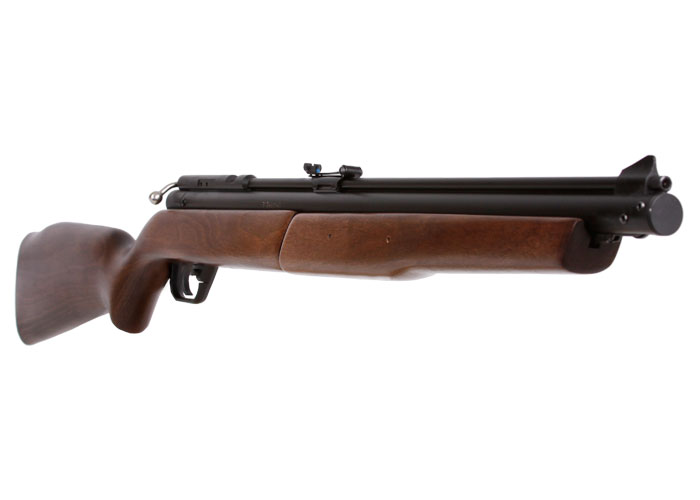 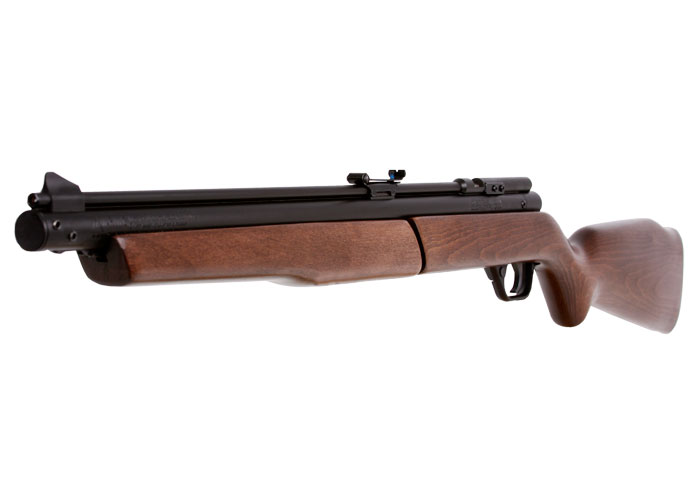 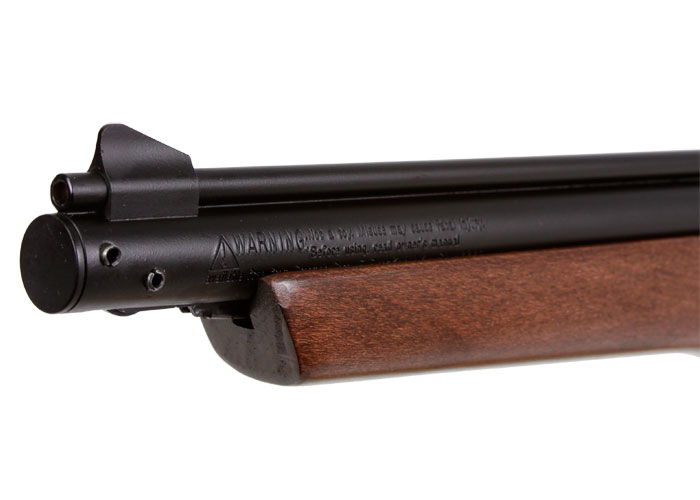 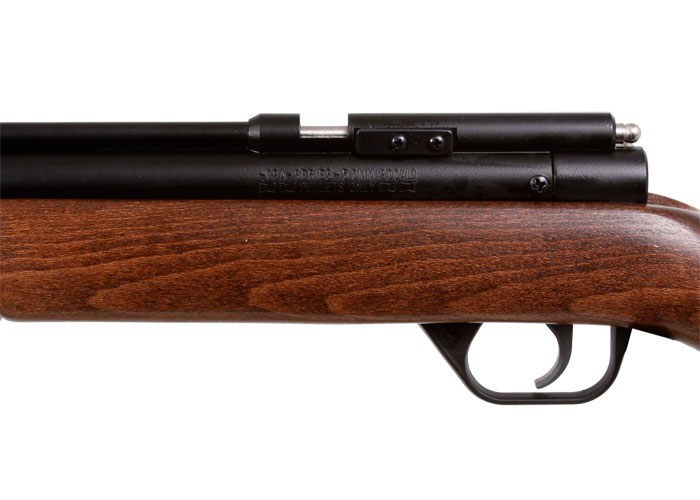 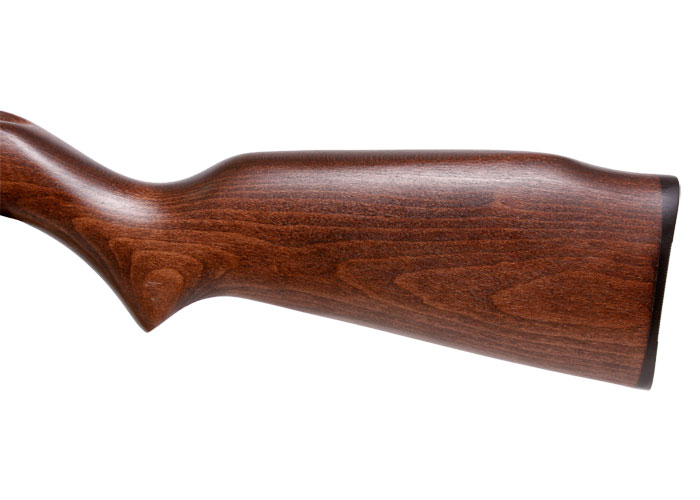 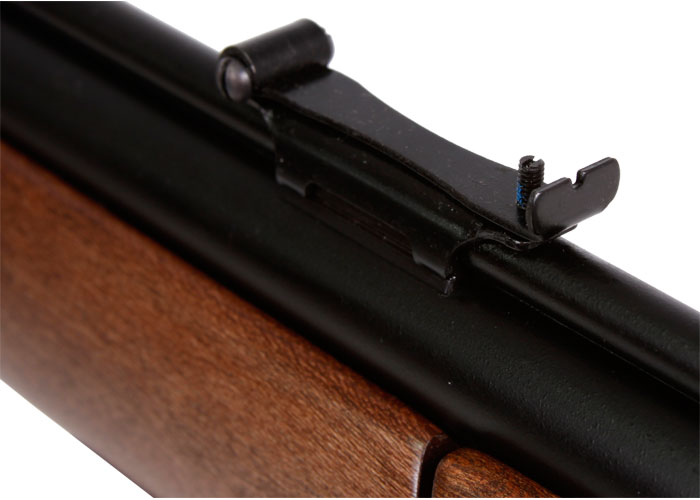 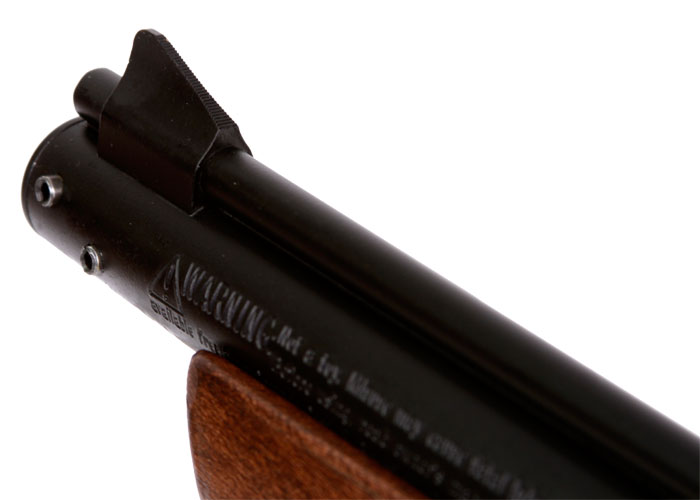 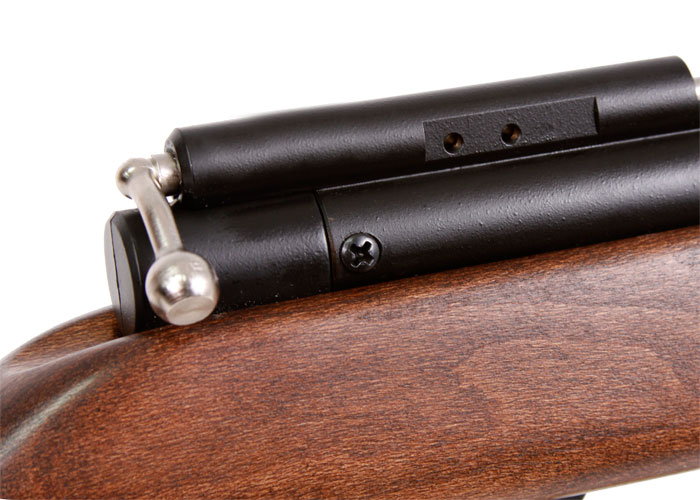 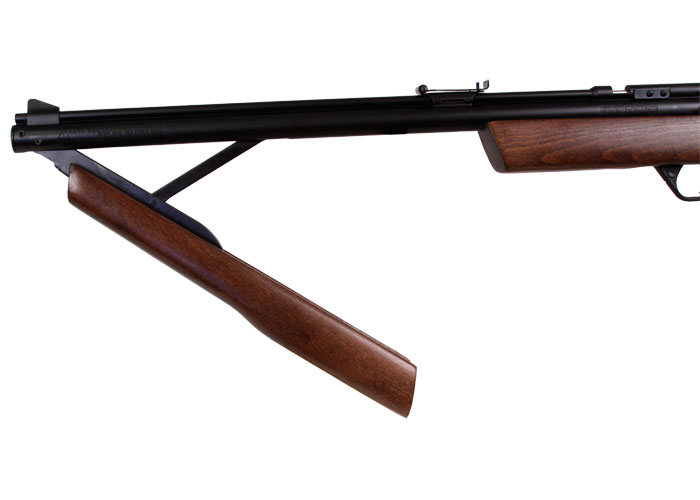 See other products by Crosman > Sheridan

An American favorite for 50 years! The Sheridan Blue Streak continues to be one of the best-loved airguns. This .20 cal. rifle is a multi-pump pneumatic. The hardwood stock is sleek and lightweight and fits perfectly in your hands. The rifled brass barrel is finished in black and throws lead up to 675 fps! You can vary the velocity by the number of pumps (up to 8). The Blue Streak is ideal for hunting small game, plinking, target shooting, spinners and paper targets. It's a "must have" in every gun locker!

Although this gun has been made for decades, the manufacturer continues to put extra fine details in the rifle, such as a swelling in the forearm to make it easier to pump and a fully adjustable rear sight. If you want to drill out every last bit of accuracy (0.50" at 33 ft.), pop a scope on it. Use the B272 intermount to do that.

Don't forget to click on the AMMO link for a list of recommended pellets. The ACCESSORIES link has a list of scopes, fun targets and safety gear you'll need.

To scope this gun, you'll need an intermount. The Crosman intermount has an 11mm dovetail. The others are Weaver rails. Match up the right rings with the intermount you select!

See other products by Crosman > Sheridan

The Blue Streak is a timeless gem... The sweetest air rifle I've ever held, fired and/or owned.

I think that I got the last NIB Sheridan Blue Streak CB9 in the warehouse! How it happened, I do not know. I'm keeping this one in storage and it will remain NIB.

I Like The Wood Stock and the Weight is OK.

Make It Easier to mount a scope.

The rear sight is too far forward

This is a time tested classic design.

I prefer the older models (original Sheridan) where the spring actuated safety is located on the butt near the natural placement of your thumb.