Today, we’ll check accuracy for the Benjamin HB22. Also, I’ll perform two other tests on velocity retention over time. I started with the 14.3-grain .22 caliber Crosman Premier pellet that was used for the velocity tests.

Another velocity test
After confirming that the velocity was sitting at 335 f.p.s. on five pumps yesterday, I pumped the gun and let it sit for one hour. Velocity after that shot was 330 f.p.s. Since we know how consistent the pistol is, that represents a velocity loss of five f.p.s. for the hour. Today, it’s time to test for accuracy.

First shots
I decided to go with 5 pumps because it was enough for the 25 feet I wanted to shoot it was relatively easy to pop the pump handle away from the pistol with that many pumps inside. Any more and the feat becomes a struggle. The target was a 10-meter air pistol bullseye target.

The initial shots went low and to the left, so I tried to adjust the rear sight. Elevation was easy, but windage was a problem. The rear sight was formed slightly askew, so the rear notch was too far left, and no amount of adjustment would correct it. I even tried to bend the sight to the right (in a vise and off the pistol), but it seems to be made of spring steel and resists bending. So it stayed where it was.

Things that need improvement
The front sight is too thin and the rear notch is too wide, so it’s difficult to get a good sight picture. I used a supported hold so I could concentrate on the sight picture more. The single-stage trigger is heavy, breaking at six pounds. Too heavy for best work. If this were my airgun, I’d take care of that.

Accuracy
The HB22 is a real nice-shooting air pistol, given all that you have to put up with. It lays the pellets into the same place, shot after shot. 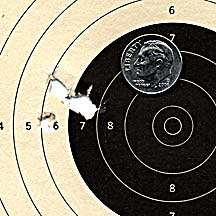 Pistol is a great shooter, in spite of a too-heavy trigger and sights that are not well-suited to target shooting. Groups like this were easy to shoot from 25 feet.

The final velocity test
After all the accuracy testing, I chronographed the pistol and found that the velocity for Crosman Premiers on 5 pumps had returned to between 339 and 341 f.p.s. for 5 pumps. Somehow, after resting for a day (with one pump of air in the reservoir) the pistol recovered 5 f.p.s. That was the baseline for the final velocity test.

For some reason a reader asked what the velocity would be after 8 hours of sitting. Only he knows why that’s important, but I did it anyway. He had asked for 8 pumps, but I decided to go with 5 to keep from stressing the gun any more than I already have. We know the average velocity with 5 pumps is about 340 f.p.s., and after eight hours it’s 331 f.p.s. So it doesn’t leak much air over time.

The bottom line
The HB22 is a classic air pistol with over 70 years of history behind it. I don’t know how much longer this gun will be made, so if you want one, act now. 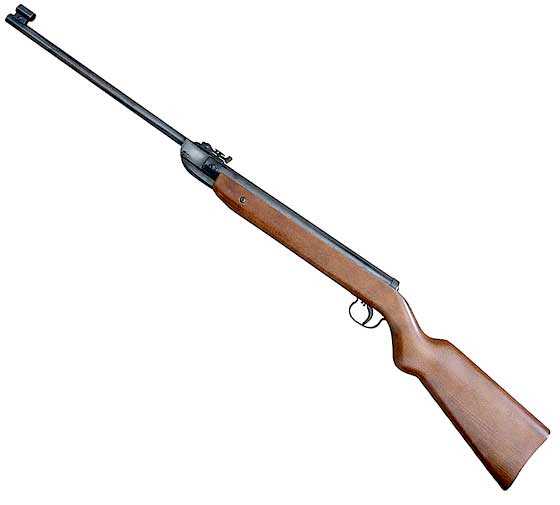 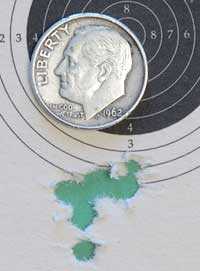