I wrote this last year, but didn’t publish it because there was some question about whether this constitutes a silencer. I don’t believe that it is, according to the intent of the law. Dr. G. asked me yesterday about how to quiet powerful airguns for shooting in the home, and I thought about this report. So, today, I’m publishing it.

This one’s for Anatoly, who asked about installing a shroud on his AR-6. It seems he’d like to shoot his rifle indoors. He’s not alone. Many shooters have a powerful hunting air rifle they would like to shoot indoors. That’s no problem as far as safety is concerned. Get a heavy-duty metal bullet trap designed for .22 rimfire and no smallbore airgun in the world will overpower it. But the noise these guns can generate is another matter.

I told Anatoly that it’s possible to install a shroud on his rifle, but the fact that he was asking probably meant it wasn’t a project for him. There’s a lot of machining needed to shroud an AR-6. If you don’t have the tools or the inclination, it’s not a job to undertake. But that doesn’t mean you can’t enjoy a quiet gun indoors.

This trick is older than me and it’s perfect for loud pneumatic and CO2 guns. It isn’t as effective on spring guns because most of the noise they make is produced in the powerplant, where this solution has no effect. What is it? Nothing more than a simple cardboard box lined with sound-deadening material.

The portable silencer
The box has two holes cut in opposite ends. To be effective, it should be at least 18 inches long, but 24 inches would be better. It doesn’t have to be a big box. The sound-deadening material can be any soft material, but pink fiberglass insulation is probably the best. This goes on all surfaces inside the box and can be held in place with staples or tape.

The box works by sticking the muzzle of the rifle inside at least one-third of the way. With experimentation, you’ll discover how far is best. The holes have to be large enough so the sights or scope can see the target unobstructed. And the box needs a stand so it can be positioned. 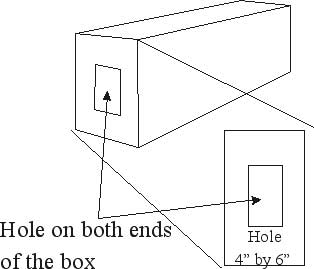 The quiet box is simple to make from a cardboard box. It will reduce the report of your more powerful smallbore air rifles so they can be discharged indoors without disturbing the family.

Even though there’s a large opening on the muzzle end of the box, the sound of the gun will be cut significantly. I call a 4-inch wide by 6-inch high opening a large one. That gives you plenty of room to aim the rifle but still traps most of the major sound waves. Those it doesn’t trap get broken up. What escapes the box sounds much quieter in comparison. It must be obvious that an adjustable stand for the box is going to be essential, and that’s up to you to make or find. It doesn’t have to be that difficult. If you’re a non-handy man like me and Red Green, you can bungee the box to a tall pole that has a firm base–like a light stand, for instance. Not elegant, perhaps, but entirely functional and adjustable.

Works for big bores, too!
I remember telling big-bore maker Gary Barnes about this trick and I’ll darned if he didn’t build one for his shop. He calls it his “ballistic mailbox,” and it’s made of steel with fiberglass insulation inside. With it, he can test 500 foot-pound airguns in his shop, which is located in town. Though he used metal, you don’t need that kind of strength for a smallbore that’s only producing 80 foot-pounds or less.

Don’t like fiberglass?
You can use things other than fiberglass insulation to line the inside of the box. Other types of insulation would be a second choice, but even soft carpet will muffle the sound more than you think. Shag would be better than a Berber weave. What you’re making is a variation of an acoustic anechoic chamber, which is a chamber that absorbs sound waves and doesn’t reflect them back. The opening in the muzzle end of the box also disrupts the discharge sound waves and doesn’t allow them to leave the box with the same strength they left the muzzle.

Give this project a try if noise is a problem in your house. Be sure to tell us the results! 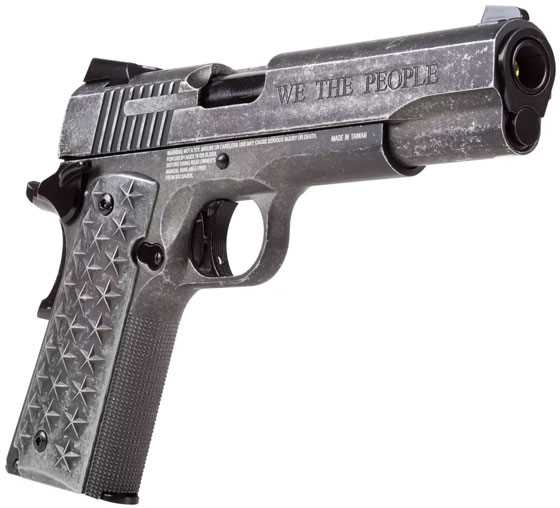