Home > Blog > Education / Training > You asked for it: More Balderdash!

I’m in New York filming episodes for the
American Airgunner TV show.
Because you enjoyed the last Balderdash column I reprinted from the Airgun Letter,
I’m reprinting two more. These are from 1996.

Before I get to that, Pyramyd Air has announced a
Father’s Day 2009 Video Contest.
If the judges pick your airgun video as winner, you’ll get a Gamo Whisper CSI air rifle!

MYTH #3
The cumulative force required to pump a multi-stroke pneumatic airgun adds up to hundreds of pounds, making this type of gun undesirable for the novice or the person of small stature.

Balderdash! Please don’t tell my wife that a Sheridan pneumatic rifle is hard to pump. Now that she’s killed her fifth rat between the eyes at 25 feet using an offhand shot, she doesn’t need the grief of knowing it should have been difficult. And since she can’t begin to cock my C1 carbine, which only requires 34 lbs. of force compared to the “combined hundreds of pounds” for the Sheridan (Ha! Ha! Ha!), there aren’t many airguns left for her to use. Of course, she could use a CO2 or precharged gun, but that’s not the point, is it?

I don’t know where this got started, but it’s been around a long time. Admittedly, the sixth through eighth pumps on a Sheridan are harder than the others, but as for using the cumulative effort for the comparison–why not calculate the horsepower required to walk to your car to prove that you can’t make it to work anymore? Or, better yet, stop breathing and save wear and tear on your diaphragm for a while.

I will agree that multi-pump guns are both slower and more cumbersome to prepare for each shot. That’s one good reason why I shoot them less frequently than either CO2 or spring-piston guns.

The problem with pneumatics is not the effort they require, but the intelligence. Every time I watch an adult try to pump one of the things with a three-inch choked grip on both gun and lever, I’m amazed that high school science class didn’t take more effectively. These are LEVERS, folks! You have to apply force at the point furthest from the fulcrum to get the best LEVERAGE!

MYTH #6
Two-cylinder CO2 guns will shoot with less power when you use just one cylinder of gas.

Ted Osborn suggested this one, but I knew that W. H. B. Smith had conducted this experiment back in the 1950s. He reported in Gas, Air and Spring Guns of the World that the power of a Crosman 160 rifle with a single CO2 cartridge was down 10 percent, and the number of shots was 18, compared to 35 with two cartridges. I conducted the same test. First loading a full cartridge, then an expended one into my gun. Five minutes after gas flow started, I shot as many shots as possible separated by one-minute intervals. Ambient temperature was 78-deg. F, and a Chrony chronograph was used. The pellet used for all tests was the Crosman Premier in .22 caliber.

My test results were:

The top velocity recorded with this pellet in this rifle using two full CO2 cartridges was 637 f.p.s. So, what we’ve been told is still apparently true–CO2 evaporates until it reaches a pressure of 900+ psi at 72-deg. F and above. As long as there’s liquid CO2 present, that same pressure will be maintained and velocity will remain constant. 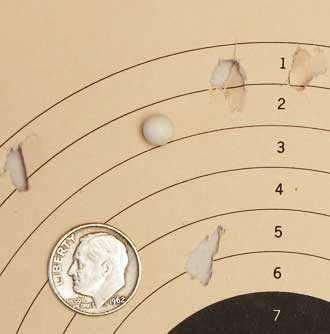 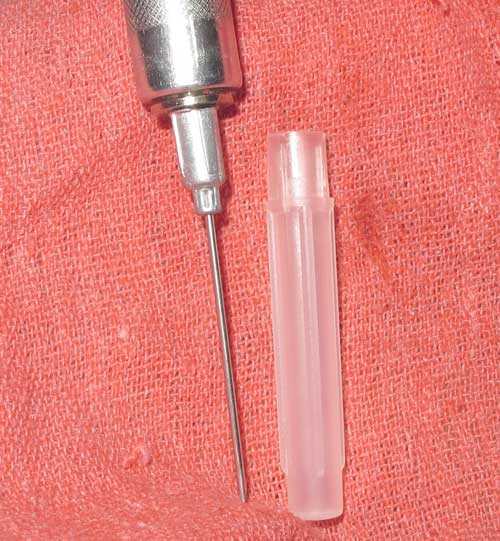