I know I’ve mentioned these pistols before, but I cannot find any report on them. The other day, I wanted to send a link to a reader who asked about them, and was surprised to see I hadn’t done a full report. Then, before I could even say that in a reply, several other readers chimed in to mention they love their pistols as well. So, I knew I had to do this one.

This is part one, and I will try to finish in part two, so velocity and accuracy will be in the same report. I have a 78G today, but I’ve owned several of these in both calibers over the years. The 79G is the .177. They used to show up at airgun shows new in the box for $100, which is where my first one came from. And that one was different from the norm, so I’d like to mention the differences now.

That 78G was a very early one–made in Springfield, Mass., before S&W moved production of the pistol to Tampa, Fla. Production lasted from 1970 to 1978, according to S&W historian, Roy Jenks. The Blue Book of Airguns differs just a little. The box and literature is where you will see the different addresses. All the guns say Springfield, I believe.

The early guns had some distinctive points. First, they were finished matte black. Later guns had a shiny black paint. Second, the early guns have an adjustable trigger. Reader Twotalon was kind enough to forward pictures of his gun so you can see these things. 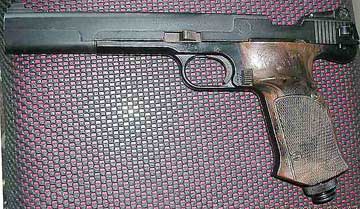 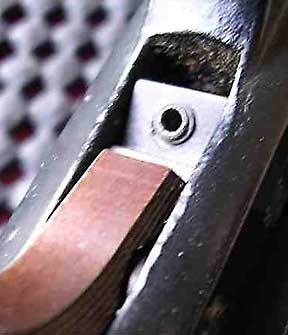 Early 78G and 79G pistols have an adjustable trigger.

The other feature those early guns had was one I reported in Airgun Revue 3 but caught considerable flack for it. They had two stages of power–controlled when the gun was cocked. Stop at the first click for low power. Two clicks were high power–the same as for the Crosman Mark I and II pistols, which the S&W pistols functionally resemble more than a little. People told me their guns had only one power level, and I must be mistaken. Well, I no longer owned an early pistol when I wrote that report, so I figured I had made a mistake, but Twotalon reported yesterday that his early pistol does have two power levels. So, the early guns have it and the later guns, which are the most numerous, do not. 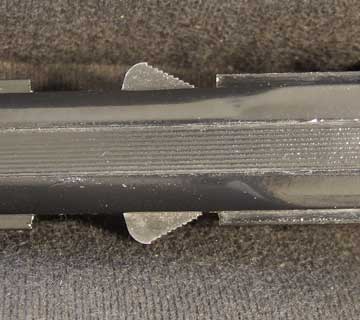 All the guns have adjustable power. A screw under the barrel at the front of the gun controls the tension on the hammer spring and can move the power up or down by screwing in or out.

The power adjustment screw is under the barrel.

My current 78G is one that the former owner had to repair. He did a wonderful job, fixing the loading bolt lock on a potmetal gun. It wasn’t holding gas when I got it, so I sent it off to Dave Gunter, a custom airgunsmith in Oregon. Dave specializes in power tunes for CO2 guns and pneumatics. Where a normal 78G might get 390 f.p.s. with a .22-caliber Crosman Premier on high power and 290 on low, my gun now gets over 500 f.p.s. Or at least that’s what it got when I first tested it years ago. We shall see!

Dave does some non-standard things when he tunes one of these pistols. One thing he does is thin the bolt probe for better gas flow. His full-time job is setting up racing engines for performance sports cars, so efficient gas flow is something he knows well. You can contact Dave here.

With the bolt back for loading, you can see how Dave Gunter thinned the bolt probe for better gas flow. This is just the loading bolt. It doesn’t cock the gun.

The 78G is the .22 caliber version and the 79G is the .177. After S&W stopped production, they sold the tooling to Daisy. They continued making the guns for several years as models 780 and 790. Their triggers were much worse than even the later Smith pistols. Later, Daisy changed the designation to model 41 and further cheapened the gun in every imaginable way.

Physical description
The 78G is a very realistic copy of the S&W model 41 target pistol in .22 rimfire caliber. The weight and dimensions are very close, with the air pistol’s 43.5 oz. being slightly heavier than the rimfire pistol’s 42 oz. with the 7.5″ barrel. The external dimensions are very close, and the wood grips on the firearm are faithfully reproduced in plastic on the airgun. But it’s the realistic kind of plastic that fools people!

My current pistol came in a factory box with five S&W powerlets and a tin of 250 pellets. This is the most common presentation I have seen of this pistol in the years I’ve been in airgunning. At some airguns shows, I’ve seen 50 of these boxes stacked up at a show awaiting a sale. Today, though, people are starting to pay good money for one, even without the box and papers. 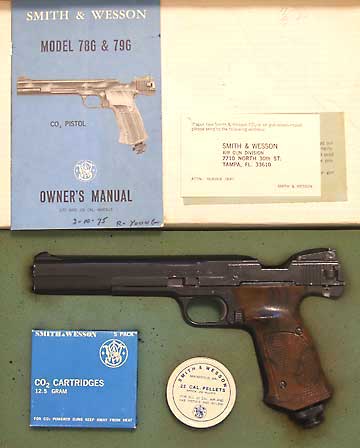 This is how it came from the factory.

The trigger on this example is a single stage with some creep, but it’s not too bad. Many of my firearm handguns are not as nice. And I will report on accuracy next time, but I know from past experience that this is an accurate airgun. There’s more to come!

An open message to all new airgunners 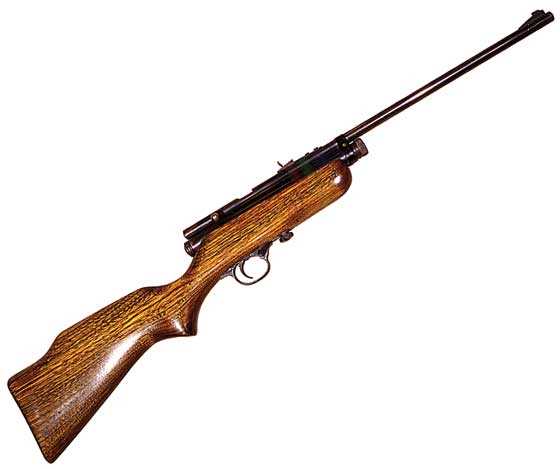