Wacky Wayne heads to the Nationals
Before we begin, Wacky Wayne stopped by my house on the way to the 2009 Field Target Nationals in Somerville, Texas, and we visited for a few hours. 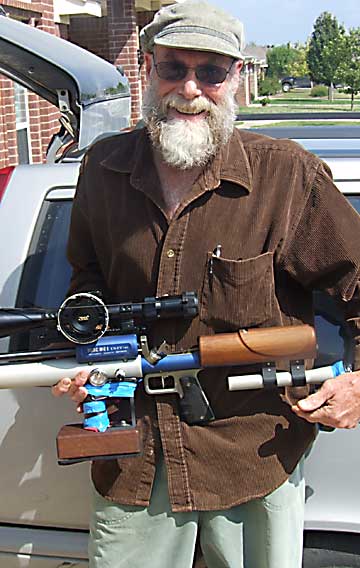 Norica Massimo has real style! The raised ventilated rib does nothing functional, but it looks good.

It’s raining today, so I’m doing an inside job. Besides, we wanted to know how this Norica Massimo stacks up because there’s been a lot of interest in it.

The trigger
As I reported in Part 1, the Massimo trigger feels both light and crisp, plus it does have provisions for adjusting the spot at which the second stage engages. I tried adjusting it, but in the end I decided that it was best where the factory had it, which is with the least amount of first stage travel. I now notice some creep in stage two.

The first shot…
…went 1,324 f.p.s. It was a detonation. After that, I had to shoot 10 more shots to get the rifle to calm down. Even then, I think it’s still burning oil. This rifle probably needs a thousand-shot break-in.

RWS Basic
The first pellet I tested was the 7-grain RWS Basic. The average velocity was 933 f.p.s., and the spread went from 921 to 945. The pellets fit the breech well, and a little on the loose side. The average energy calculates to 13.53 foot-pounds.

Beeman Kodiak
Next, I tried the Beeman Kodiak. It’s a heavy pellet for a spring-piston rifle, but it fits the bore of the Massimo very well. They averaged 741 f.p.s., and the spread was a tight 736 to 747. The muzzle energy works out to 12.93 foot-pounds.

Norica wadcutters
Remember–I found a tin of 7.5-grain Norica wadcutters packed in the box with the Massimo? I tested them, too, because I’m going to test them for accuracy. They average 890 f.p.s. so the average muzzle energy is 13.19 foot-pounds. The spread went from 879 to 919, so it’s pretty broad.

Cocking effort
The Massimo cocks with 43 lbs. of effort. The ball-bearing detent pops open easily and the barrel begins to cock with light force, but just past halfway the effort builds quickly, making the rifle harder to cock than a Beeman R1. That, coupled with the large size of the rifle makes it an adult-only proposition.

Trigger-pull
The trigger breaks at exactly 2 lbs., fulfilling my prophecy of a light, crisp unit. Though that weight isn’t adjustable and there are no known aftermarket mods at this time, I think most shooters will find this trigger quite usable.

Firing behavior
The rifle fires with little vibration, though there is some. The forward lunge is quite pronounced. If you hold the stock lightly (artillery hold), it’s very pleasant to shoot.

Impression
Well, looks don’t tell all! I used to park cars at a fancy restaurant while I was in college, and I can tell you that all Corvettes do not drive alike! The Massimo is a bigger air rifle than I had thought at first glance. With 43 lbs. cocking effort, it will most likely be a hunter rather than a plinker. The scope rail does have a proper stop, so no problem there, though with the new BKL mounts on the market that will soon cease to be an excuse.

The styling still excites me, so we will see how the rifle feels when it’s actually being shot. Next, I’ll test accuracy, including a round with the open sights. 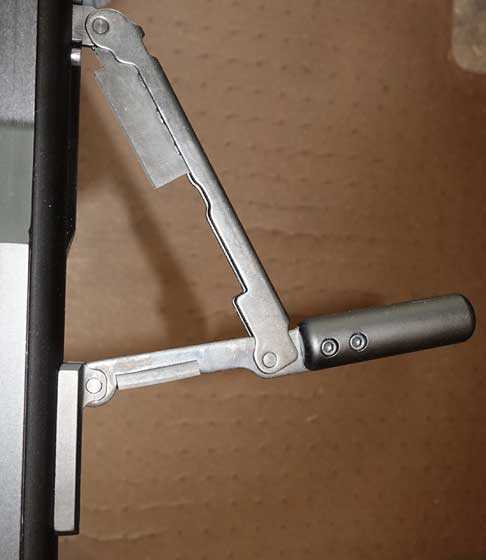 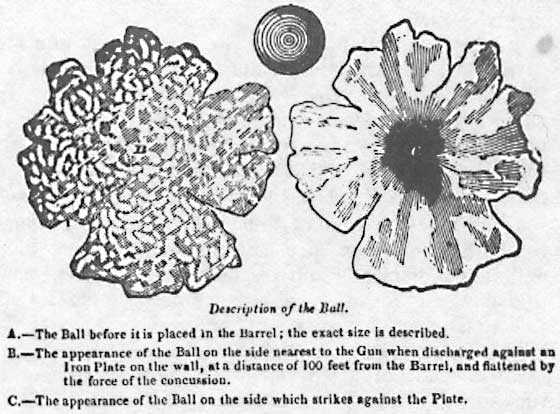