Home > Blog > Education / Training > Give ’em something to do

Update on Tom: The hospital didn’t get around to doing the procedures mentioned in yesterday’s update…because people who were in critical condition were ahead of him. They hope to do everything today. Tom looks and feels MUCH better, and we think the hospital is on the right track. Without going into too much detail, they’re working with his body’s natural immune system and have seriously altered the medications and protocols of the previous hospital.

Todays blog comes from the August 2001 issue of The Airgun Letter. I remember when Umarex first brought out so many CO2 pistols that looked like firearms. People wanted them but didn’t really know what to do with them. Popping paper targets got kind of boring after a while. These days, there are lots more CO2 guns, but we haven’t seen a big growth in targets. So, this article is still pertinent. 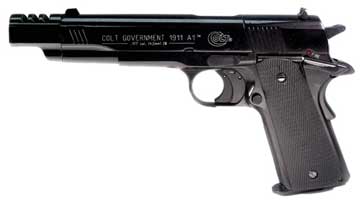 The Colt M1911A1 has a smooth, light double-action trigger-pull that makes rapid shooting a breeze. Rig up a target and start shooting! Gun is shown with optional compensator.
Give the public something to do with those action pistols! Something fun–something that’s hard to quit will get them involved in the sport quicker than any other advertising. That’s the way to sell CO2 airguns.

The action pistols made by Umarex and other manufacturers are fun because they’re repeaters. Most are very realistic to look at and hold, so the shooter gets a tactile treat when he has one in hand. But people get confused when it comes to shooting these new guns, as in, “What do I shoot AT?” They often try to make target pistols out of them, and that’s a role for which these airguns are poorly suited.

The accuracy of the average action pistol is about 1-1/8″ at 10 meters–and that’s at their best. At their worst, accuracy is more on the order of 2-1/2″ to 3″. That’s pretty far from target accuracy when there are guns like the Beeman P1 and Gamo Compact floating around. Either one of them and many others like them can hit a dime with every shot at 10 meters.

But, the action pistols can do something that very few of the target guns can do. They can shoot rapidly, and many can mount optical sights. Set up in this way, they become the airgun equivalents of the firearms they copy–true action pistols.

Velocity is the same for all these guns–360-390 f.p.s., give or take. You can expect 50-75 shots, depending on how fast you pull the trigger, because CO2 chills the gun as it flows through and a cold gun uses more gas. 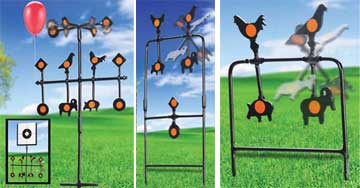 Since this article first appeared in 2001, Gamo has come out with these great spinner targets. They’re metal, so don’t shoot at them with BB pistols.
Targets can be homemade or not
Juice cans with a string fastened through their bottoms can be stood on a flat board 15 feet away–each can standing over a hole in the board through which the string passes. Paint them black for contrast and have at ’em! The pellet should topple the cans and a pull on the combined strings at the shooting line should bring them each back to standing over their holes once more (you’ll need some ground clearance under the board for the strings).


Gamo has made some spinner targets that are ideal for action pellet pistols. So, if you don’t want to make your own, these are perfect. The nice thing is that they’re not just spinners. You can tie balloons on them and one even has a paper target frame.

How does it shoot under pressure?
One thing I noticed as I shot magazine after magazine in preparation for this report is that the more you shoot, the better you get. Better means faster. I shot almost one full tin of RWS Hobby pellets–that’s a full 500 rounds in just one session. And there was more than one session! I went through dozens of CO2 cartridges gathering data and experience.

I’m guessing there are plenty of people who buy a CO2 pistol, shoot it enough to exhaust a CO2 cartridge and then put it away because popping paper targets loses its luster after 75 rounds. Unique targets–homemade or otherwise–will heighten the enjoyment and make you more accurate, which is what I discovered.

What types of targets do you shoot at? 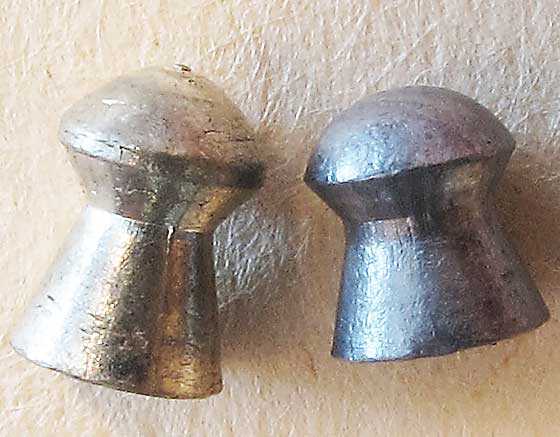 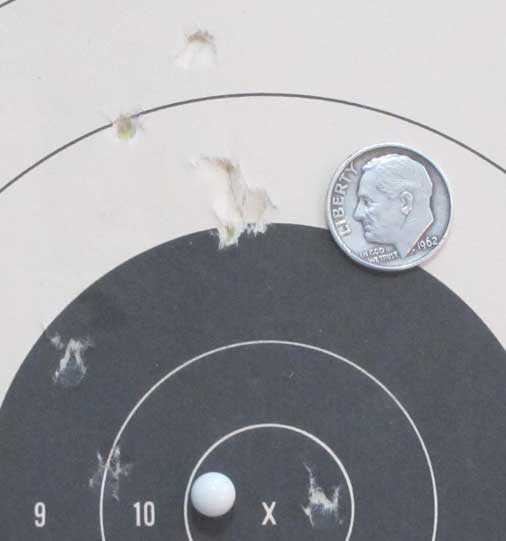