Today we start to review an airgun we have all talked about over the years. I have written several short reviews on the Daisy 499B but never a complete one. This has been a long time coming.

There are many wonderful airguns in this world, but when it comes to the lightest/most accurate kids’ target gun – BAR NONE – we have to look at the WORLD’S MOST ACCURATE BB GUN. I didn’t make that title up. That’s the slogan Daisy used when they brought out the 499 in 1976 (Note: the 499 was modified to the 499B in 1980 and to the Avanti 499 Champion in 2003). The gun came about through pressure from shooting coaches around the country who were unsatisfied with Daisy’s model 99 Target Special.

Made since 1959, the model 99 was supposed to be a target gun kids could use in the International BB Gun Championships that Daisy and the Jaycees started in 1966. The problem was that the guns just weren’t accurate enough.

The first Daisy 99 was a 1,000-shot gravity-feed gun that was only made in 1959. After that Daisy started releasing them with a 50-shot forced-feed shot tube, like the one found in the Daisy Number 25 pump gun.

Coaches around the country started buying model 99 shot tubes, then sending them back to Daisy and asking for different tubes. When Daisy inquired about this practice, they were informed that SOME of the shot tubes had slightly smaller bores and were more accurate than the rest. These, the coaches were putting on their club guns. They were cherry-picking the shot tubes to get more accurate guns – imagine that!

To their credit, Daisy met the accuracy challenge head-on and built a new BB gun from the ground up. They made the new gun a single-shot, which is perfect for a target shooter. They gave it a precision barrel (a tube held to close internal tolerances – BB guns are smoothbore, after all), a magnetic BB seat at the breech, a de-tuned mainspring and the same target sights the model 99 had enjoyed. This new model they called the 499, and for many years, Daisy would sell it only to clubs. In fact, I think that I had something to do with its release to the general public. When I published The Airgun Letter, back in the 1990s I tested one, bought it, and immediately began telling everyone who would listen how to get through Daisy’s red tape to buy the gun. You had to pretend your child was in a legitimate marksmanship program and needed the gun.

Why didn’t they sell it to the public?

Joe Murfin, Daisy’s Marketing VP, told me the 499 was virtually handmade and they weren’t making any money on it selling it to clubs, so they couldn’t possibly make enough to sell to the public. I suggested raising the price! You’d think they would have thought of that. Joe told me they didn’t think people would pay for a target BB gun like the 499 when the Red Ryder sold for less than half the price they needed to charge. I made it my mission to spread the word. When a distraught dad asked about a lightweight accurate airgun for his daughter, I knew the time had come to preach again.

The Daisy 499B is a lever action single shot BB gun that loads at the muzzle. The muzzle is funnel-shaped for convenience and BB has one more trick when loading. I listen as the BB rolls down the barrel to the magnet, were it clicks into place. That way I know the gun is loaded.

The stock and forearm are hardwood. The forearm has a full beavertail (wider at the bottom than the top) with finger grooves at the top on either side. The length of pull measures 13-3/16-inches, which is on the long side for a youth gun. Many people take a saw to the buttstock to trim off some of those inches for their smaller kids. Of course as they grow you will have to add wood or get a new buttstock. I have contacted Daisy about buying a buttstock, because some of my Royal Rangers are smaller. I’m using the 499B to train them how to shoot. I’ll let you know what they say.

The gun cocks with three pounds of effort, so almost any youngster should be able to cock it with no problem. But you do need to watch the muzzle when the kids are bigger, so they don’t point it at themselves when cocking the gun.

The 499B has had low muzzle velocity since I began testing them in the 1990s. The most common velocity is 240 f.p.s., and that’s what Pyramyd Air advertises on their description page. It’s also what the Daisy web page shows. The manual for the brand new gun I just unpacked says the velocity is 280 f.p.s., so that will be something I will watch for in the test. I’m thinking it was a misprint.

Here is where it gets specific. The 499B is made for one BB only — the Daisy Match Grade Avanti Precision Shot. The gun is accurate with other BBs, but this one is superior to the others. I will test that when I test the accuracy. 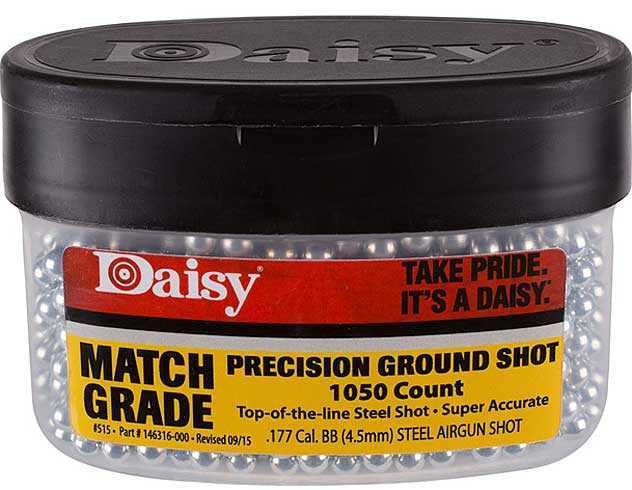 The manual says to use Daisy Precision Max BBs, but those are Daisy’s standard grade BB. They are not the right BBs to use with the 499B and I will prove it when I test the accuracy. I think whoever wrote the manual did not know much about the 499B and assumed it was a normal BB gun like all other Daisys. In truth it is anything but normal. 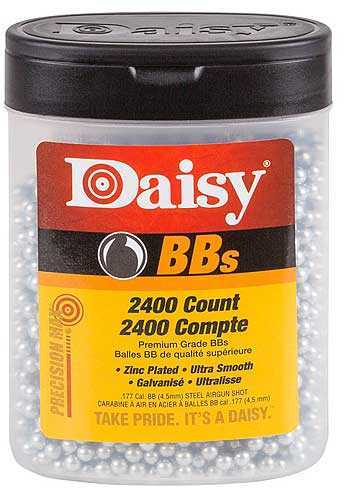 Daisy Precision Max BBs are Daisy’s standard BB offering. They are not for the 499B.

Here is where I am not real certain. The 499B used to come from the factory with a simpler, less expensive peep sight. You were encouraged to buy what Daisy calls their 5899 Precision Peep Sight as an accessory. But the rifle I just purchased new in the box came with the 5899 sight and no sign of any other sight in the box.

The manual still shows the cheaper rear peep sight and has instructions for exchanging it for the better sight, but Pyramyd Air shows only the gun with the better sight. The Daisy website shows the same thing, so I think the cheaper sight has gone and all new 499Bs now come with the precision sight. That doesn’t mean there won’t be some new old stock guns with the cheap sight on them, so buyer beware.

The safety is manual, which I think it should be for a training gun. Shooters should be taught to put it on before cocking and off after they have raised the gun to their shoulder and are aligned to shoot. If they do that and also watch where the muzzle points at all times, they should be very safe.

I’m going to jump ahead now and discuss how to load the 499B. The Daisy manual tells you to

Years ago I tested the 499 and discovered that it is slightly more accurate if it is first cocked before loading the BB. That aligns with the instructions in the manual.

Daisy’s 499 is a delightful target gun that I don’t think has an equal in the world of youth training airguns. This will be a full test of the gun that should provide a good look, for all who have been sitting on the fence 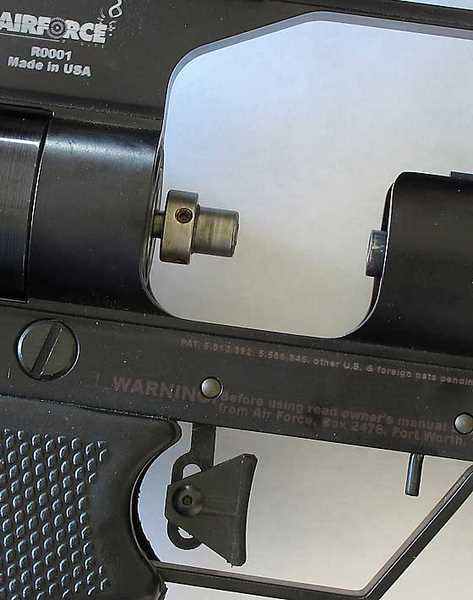 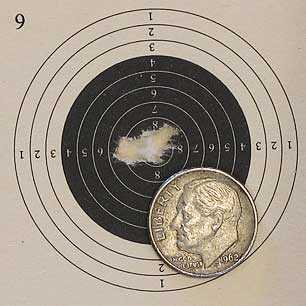