Home > Blog > Special/Unique > What this blog is about

What this blog is about

Behind the scenes BB has problems like all of you. One of the things I am happiest with are the photos that I put in the reports. Every so often I put in a slightly blurry image, but mostly I get it right. It wasn’t always like that.

My good friend, the late Earl McDonald, was the lead photographer at the National Archives. I met him at my Monday evening 10-meter pistol shoots and soon discovered his background in photography. This was back when I was still writing my monthly newsletter and still using film, because quality digital cameras just weren’t affordable. Mac was shooting pictures with Hasselblad medium format cameras (the price of a new car, with lenses that often cost much more) and large format cameras that I know practically nothing about.

I told him what I wanted to do and it turned out that I stumped him! Or at least I wasn’t able to communicate my desires very well. He could take the shots I wanted to get, but why would anyone ever want to? As good as I am at communicating things, I apparently wasn’t able to get my thoughts across to him. Let me show you.

Here are three images. The first two were taken by a budding airgun writer who was writing about a Crosman 38T revolver. He wanted to show his readers the markings on the barrel.

The airgun writer used his flash (doesn’t that make everything brighter?) when he took this picture. The markings he wanted to show his readers were still too small…

…so he used his free photo software to enlarge the pic. This is as good as it gets.

BB Pelletier has a special point-and-shoot camera that is actually cheaper than the one the budding airgun writer uses. And BB knows that to get a good image of this subject he needs to take a macro shot.

And this is the pic BB took — hand held at 1/20th of a second. It can’t get much better because the letters are so muddy from being cast in pot metal a hundred thousand times. This is what I wanted, but until you know how to take good pictures it is impossible to photograph this sort of stuff.

That last image was what BB Pelletier wanted back in the day, but was unable to communicate. Mac was used to taking pictures of people (presidents and foreign dignitaries) and of documents like the Declaration of Independence. For the latter he used a large format camera whose film was 8X10 inches. You could enlarge Mac’s photo to full size and sell prints in the gift shop, though the map on the back wouldn’t show up. That’s a joke — from the movie National Treasure that Mac photographed while it was being filmed.

I have whole photography books on using shadows for artistic purposes. But I don’t want shadows. I don’t care about art. I want to peer into the shadows, to see some obscure detail that I feel is important.

Sure, you understand what I’m talking about because I just showed you. But what if I was unable to do that? What if I had to tell you that I wanted to see details in the shadows. You would have to know to over-expose the shot so the dark things became lighter. But to over expose you would have to hold the camera still for a longer time with the shutter open. Otherwise the pictures would be blurry. And, instead of photographing something far away, you would have to “frame ” it, so it filled the entire image area.

Well, that’s the subject of today’s report. My Canon G11 camera that I use for general photography and for macros finally conked out about two weeks ago after 10 years of use and over 11,000 photos. So I went online and bought a used one for $135. When new this camera cost over $500, but they haven’t been made for many years. The state of the art for digital cameras has advanced, but not so much for macro photography. Modern cameras are great for gluing to the top of a crash helmet to take action videos but they are about where they always were if you want to photograph the finer details of a coin. 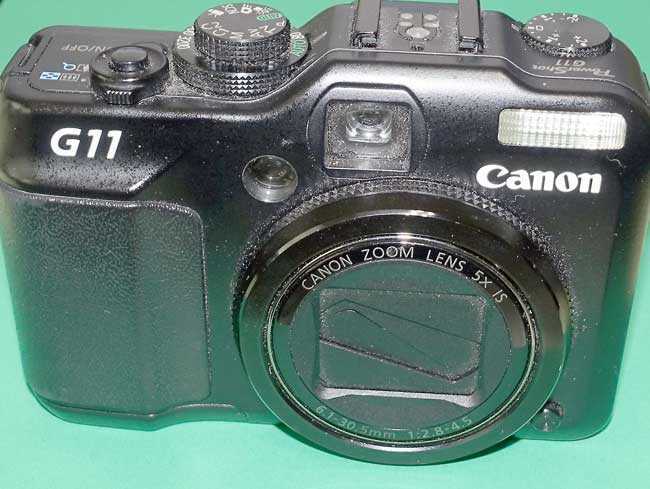 This Canon G11 is one of the best affordable macro cameras. It may be old and obsolete, but with it I can out-macro many professional cameras.

What I’m saying is that, like my my Marksman model 70 breakbarrel air rifle that may be 40 years old, but is far from obsolete, this camera still works for the stuff I do. In fact it works very well. However, I noticed that I wasn’t getting good macros with the new/old camera. So I read the manual. Manuals can tell you lots of things, like how to reduce redeye and where the batteries go, but not so much on taking good macro shots. Like an airgun manual, they don’t know what you want to know, so they just tell you stuff. So I did the same thing all of you do when that happens — I went online.

Well, going online to get information is like covering yourself with honey and walking into a slaughterhouse that’s loaded with flies! I waded through the shams of websites that “just want your registration information” before they show you their 2-minute video on taking macro shots — “here, hand me your wallet”. Yeah, and then prepare to shovel out your email folder for the next three weeks to get rid of the spams! And you know that you won’t get them all.

But I finally found a great little 4-minute You Tube video that showed me exactly what I needed to know, since my new/old camera had none of the presets that I had applied to my broken camera years ago and then promptly forgot. The guy who made that video just figured that I wanted to take macro shots, so he didn’t talk about anything else.

And that, my friends, is what this blog is about. Or at least that is the plan. I may not always get it right, but I think with the series on the HW 30S and the Marksman model 70 rifle, I have come close. And those who have gone to the effort of looking back over the past 16 years of this blog will find some other reports that are helpful in a similar way.

I want you to learn something about shooting and airguns in general and sometimes guns in particular. Why?

Because you don’t want to read blogs. You want to shoot airguns. And that is what I want for you and also what Pyramyd Air wants.

The problem is, a lot of websites that are titled with what we want to read about have little or nothing to actually do with the subject. Or they treat the subject as an envelope to put around some other agenda they have. Or they are just trying to skim off as much of your information as possible before you wise up and shut them down. They are like the Facebook entry that asks you to share the first car you ever owned, concealing the fact that they use your answer to foil one of your security questions after they have stolen your identity.

I guess that would define a good 80 percent of what’s on the internet. They are trying to use the internet experience to broaden your horizons and line their pockets.

When I find a good website I remember it and return there again and again. So much of the internet is wasted time that a site that’s pertinent is worth remembering. I bet you do, too.

So, sometimes BB needs to know something so he can do his job of writing this blog. And he doesn’t have time to learn what others think he needs to know.

Anyhow, that is the mantra I keep in mind whenever I write a report. 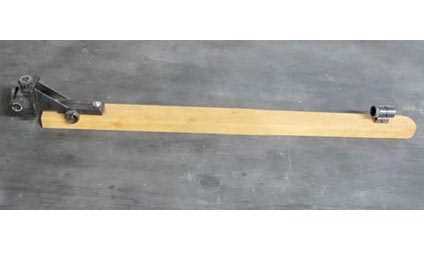 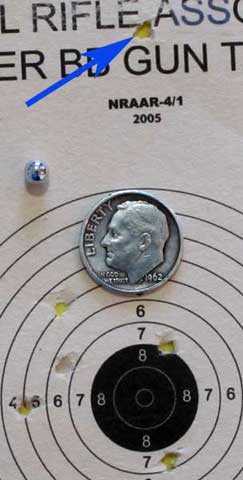