Several weeks ago I mentioned that the sight that came on the FWB 600 single stroke target rifle is a fake. Today I will tell you the rest of the story.

It’s possible that this sight is not really a fake that’s meant to deceive. Clearly it’s not a sight made by Feinwekbau, and I’m going to show you how I can tell, but it may be marked FWB just to alert the user what rifle it belongs on. Let’s see. 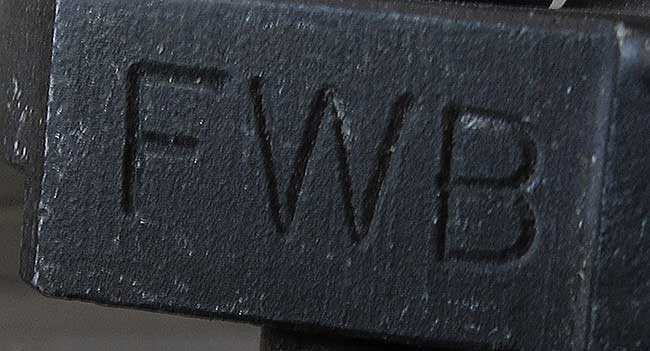 Note that the company name Feinwerkbau isn’t written on the fake sight — just the initials FWB. And note that they are engraved. Feinwerkbau didn’t engrave their initials on sights. They cast their entire name in raised letters!

So I went to eBay and found a period FWB rear target sight for a reasonable price. I could see that this one was genuine, so I bought it for the 600 and I hope it works.

The markings on a period Feinwerkbau target sight purchased on eBay. 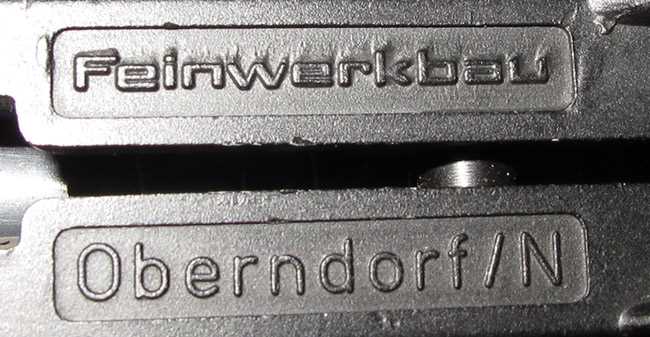 The markings on my FWB 300S sight.

The markings on my FWB 110 rear sight. They are the same as those on the eBay sight.

We know that the FWB 110 didn’t last long in the FWB stable of target rifles. That makes its rear sight that’s pictured above contemporary with the FWB 150 that predated the FWB 300. So the sight I bought on eBay is an early rear sight. Hopefully that won’t make a big difference.

Putting the two sights (the fake sight and the real one I bought on eBay) side-by-side we can see some differences. First, the real FWB sight is longer. I will call the other sight a fake throughout the rest of this report, but only to differentiate it from real FWB sights. 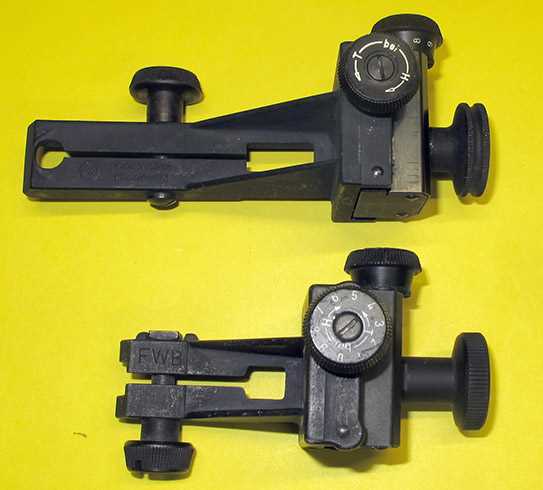 The real Feinwerkbau rear sight on top, the fake below. 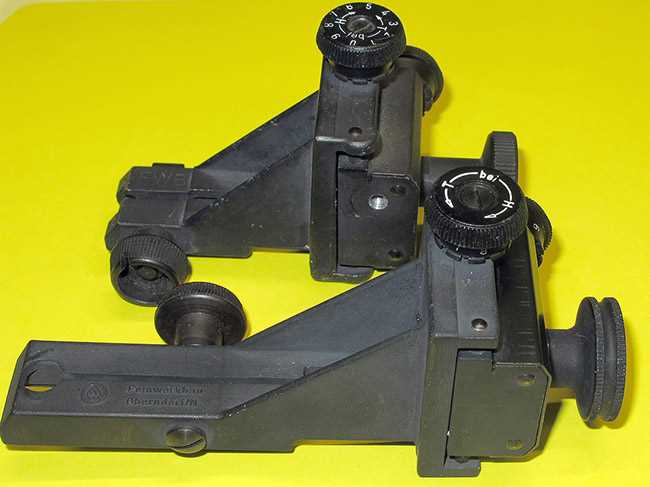 A side view of both sights with the real FWB sight on the bottom.

The real FWB sight has index numbers on the side of the adjustment knobs. The fake has them on top.

The thing that tipped me off that this sight wasn’t real was an open threaded hole in the left side of the main body. The hole is raw and not the workmanship of a company like Feinwerkbau. 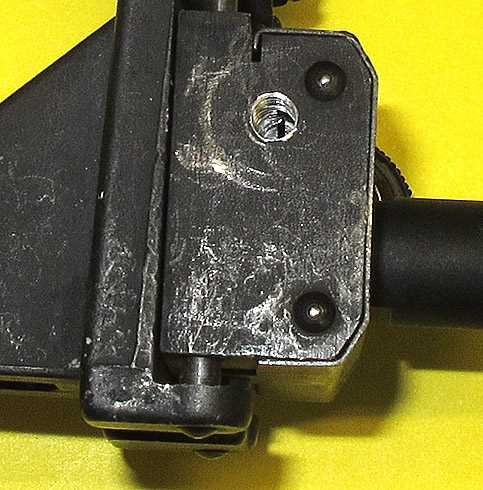 You’re never going to find a raw threaded hole like that on anything made by Feinwerkbau.

And then it happened. I looked at the peephole on the real FWB sight that was purchased on eBay and I saw that it was screwed into a threaded adaptor. I wondered whether the threads of the hole the adaptor was screwed into were the same size, pitch and threads per inch as the threads on the peephole of the new Crosman Precision Diopter rear sight. And the result is — drum roll please — the adaptor hole on the old FWB rear sight is the same size as the male threaded portion of the Crosman peephole, but the adaptor threads appear to be fine while the Crosman Peephole threads are coarse. So the Crosman peephole can be screwed into the FWB rear sight adaptor hole, but only a little way. And the FWB adaptor does not want to screw into the new Crosman sight.

The bottom line is — we still don’t have a way to change the peephole on the new Crosman rear sight. But old or new, all FWB rear sight peepholes interchange, plus the AirForce target sight peephole threads into the FWB adaptor hole. That means that all those sights can use standard target sight accessories!

The new Crosman peephole (left) does not fit the FWB adaptor hole. The diameter is right but the thread count is different.

I’ve taken the time to show you the details of this rear sight to illustrate all that goes into something seemingly simple like mounting a rear sight on a target rifle. There is more to it than the sight just fitting on the sight base of the rifle. The adjustment range has to work with the front sight and, in today’s report, the interchangeability of peepholes, which we now understand also means all the aftermarket accessories.

We still don’t know if this rear sight will work on the FWB 600 — which is what this whole drill is about. That will be another test, and that test is the precursor for the shootoff between the FWB 300S and the FWB 600. Are we having fun yet?