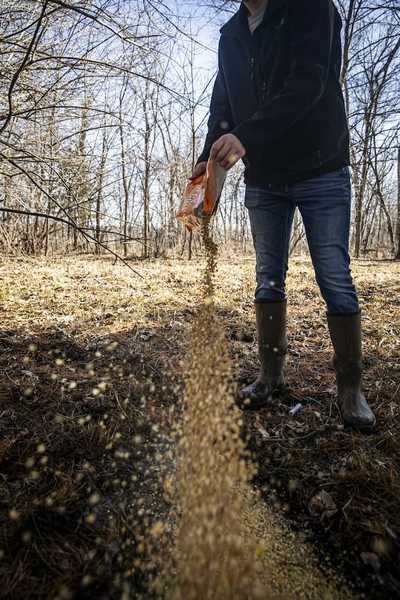 Drawing in deer with a big pile of bait by your stand might be effective, but should you really do it?

It’s a moot point for many hunters, since the practice is now illegal in more states than not. And of the 22 states where baiting deer is allowed, eight restrict it to certain areas within state lines.

With the rampant spread of CWD in recent years, concerns that baiting may make this problem far worse have driven a lot of biologists and hunters to shy away from the tactic, even in states where it’s still allowed.

But probably the biggest long-standing argument against baiting is that it’s cheating. While some bowhunters scout hard, play the wind, and ambush when the time is right, others simply throw out hundreds of pounds of corn and attractants then kill the first thing that comes in. It just doesn’t seem quite right.

Although the National Deer Association recognizes some potential benefits to baiting in the form of aiding in off-season inventory, meeting harvest goals in high-density areas, keeping the interest of newly recruited hunters, and helping wildlife professionals with research, the organization cites several more disadvantages.

As bowhunters, we relish the challenge. So why spoil the sport of it by baiting? And should we really be sacrificing the future of the species to notch a tag or two? Just skip the bait.