Makarov BB gun made from a Makarov firearm.

Today we are looking at something that’s pretty rare in the USA — the Makarov BB pistol that’s made by converting a Makarov firearm. It’s still being made, as far as I know, but our Bureau of Alcohol, Tobacco, Firearms and Explosives has banned its importation into this country due to their contention that it is possible to create a firearm from the BB pistol with parts swapping. I personally don’t see it, but I know they gave it careful consideration at the time they banned it.

Unlike the Makarov Ultra report in which I was able to combine the description report with the velocity test, this air pistol is so different that it needs a dedicated description of its own. This pistol is both more like a Makarov firearm and also less like the other two BB pistols we have looked at. That’s because this isn’t really a replica — it’s a conversion.

Today this pistol wouldn’t be importable because it’s made in a Russian arsenal where firearms are made — the same as the IZH 46M. And now that the Russians have defaulted on the interest on their bonds, the sanctions have been tightened even more.

How do I have one?

The European American Armory brought a number of these in years ago before there was a ban. Those guns were imported legally and are not banned, as far as I know, and this is one of them.

The problem is if the BB pistol can be converted to a firearm through parts swapping as the BATF&E claims, then they have allowed an unregistered (potential) firearm to enter the US market. Gun parts are not regulated in the US. Gun frames are, and they require registration.

I personally can’t see how this BB pistol could be converted back to a firearm, but it’s not my call

For those who have never owned a Makarov firearm, let me tell you that the pistol comes in the same distinctive box. It is so distinctive that the box earned space in a Tom Clancy novel, when one bad guy bought several Makarovs on the black market from a Soviet supply sergeant. He also bought several Soviet uniforms, but the Mak box was the only thing that earned a mention. 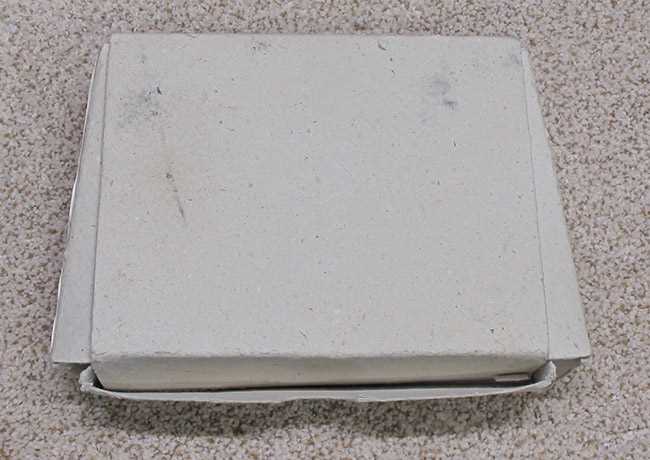 The distinctive Makarov box is made from one piece of a material I will call pressed board. It’s cellulose fibers made into a paste and then pressed flat into sheets. The sheet is then cut to size and folded into this box. There is no glue, tape or staple anywhere. 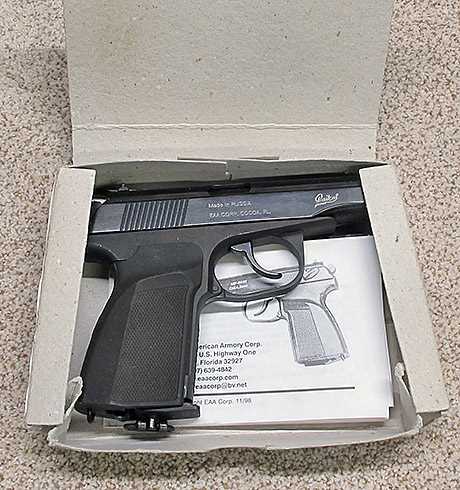 When the box is opened you can see the construction uses no fasteners. Even the flap in the back is held together by interlocking features.

Because this is a Russian airgun you get a lot of stuff with it. Of course there is the manual which is written by someone outside of Russia. There is also a cleaning rod that comes with most Russian airguns. You get a small bag of BBs because the Russians have correctly labeled this a BB caliber airgun and not a 4.5mm airgun, which it isn’t.  Even the label inside the sealed BB bag says they are 4.45mm. Good for them! The BBs are as rough as a cob and I will never shoot them because they are collectable.

You also get a bag that contains three o-rings, a face seal for the CO2 cartridge and a disassembly tool. All you need is a hammer and, as I understand it, every Russian has a hammer! 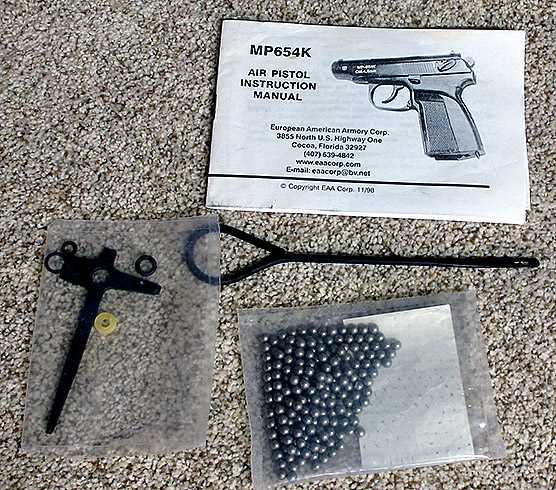 This is the stuff that came with the Makarov BB pistol.

I mentioned that the Russians were right when they stated that the caliber of this pistol is 4.45mm. But EAA wrote the manual and also had the Russians laser etch the caliber 4.5mm on the side of the slide. That isn’t the correct caliber, of course, but I will not purposely try to jam the barrel to prove my point. I will used standard 4.4mm (0.173-inches) BBs and perhaps a 4.45mm Smart Shot BB.

The slide says the caliber is 4.5mm, but that’s what happens when Americans get involved.

The drop free magazine holds both the CO2 cartridge and the BBs. The BBs are in a stick configuration but unfortunately must be loaded through the exit port at the top of the mag, one by one. And the spring under the follower, which the manual calls the “BB loading pusher” is exceptionally strong. So loading may prove to be a problem.

The CO2 cartridge is carried in the Makarov magazine.

The stick BB magazine must be loaded one by one from the top, which in this photo is at the right.

Speaking of strong springs, the slide spring is also very strong! I believe it is a firearm slide spring. The pistol is both single and double action, so after loading the mag either cock the hammer or squeeze the trigger to fire the first round.

The BB Mak disassembles exactly like the firearm, so if you own both there is nothing new to learn. Remove the magazine. Then pull the slide back and up at the rear as it goes forward. It will come up and off the frame. It assembles in the reverse order, though that heavy spring makes it a chore. 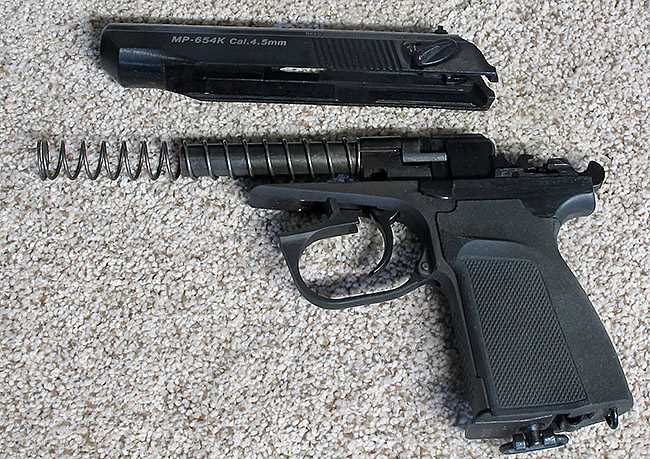 All things considered, the Makarov BB pistol that’s made from the firearm is one of the most unique BB guns of all time. It isn’t really a replica; it’s a conversion. It looks like a modern Makarov firearm because that is what it was made from. This should be an interesting test. I sure hope this one holds CO2!

29 thoughts on “Makarov CO2 BB pistol made from a firearm: Part 6”