I wanted to do an accuracy test of the Gamo Arrow at 25 yards today, and for that test the rifle needed to be scoped. As I was looking for the right scope/rings combo for the rifle it dawned on me — scoping anything isn’t as straightforward as it sounds, looks or seems. There is a lot to be considered, so today I’m starting a series on scope rings. My hope is that this will help clarify some of the issues we encounter when trying to scope anything.

I will concentrate on rifles only in this series. Scoping handguns has its own hornet’s nest of issues and problems that differ from the issues we encounter when scoping a rifle, so let’s keep this confined to a topic we can address.

Riflescopes go back at least as far as the American Revolutionary War. Yes, back to January of 1776! The first guy who tried shooting a scoped rifle put his eye to the eyepiece of the scope he had attached to the rifle and became the first victim of “scope bite” or the artificial eyebrow. The man was Charles Willson Peale, a painter and the father of five well-known painters, the most famous of which were Rembrandt Peale and Raphaelle Peale.

As a result of his injury, Peale spent the next week or so developing a spring-loaded recoil dampener to protect his eye. It was the first acknowledgement of a scope’s eye relief.

As a side note, BB Pelletier became an incidental victim of scope bite when an 8-year-old boy got hit by the scope on BB’s Beeman R1 and dashed the rifle to the concrete in anger. His father, who was standing beside him, wasn’t quick enough to react and save the rifle.

In 1835 a civil engineer named John Chapman developed the first practical riflescope. He didn’t want to manufacture scopes so he entered into collaboration with Morgan James of Utica, New York, and in 1840 their first commercial riflescope hit the market.

Early glass was cloudy and highly variable in quality until 1846, when the German Zeiss company perfected glass manufacture of consistent high quality and clarity. The early glass also cost as much as the rifle it was mounted on — a tradition we maintain to this day (read the series on the Crosman Fire)!

Malcolm also developed mounts or what we call scope rings today. Malcolm’s scopes appeared on some of the Sharpshooters’ rifles used in the American Civil War. Malcolm’s scopes and mounts were so successful that replicas of them are still being made and sold today. And modernized offshoots of the scope rings he designed are still in high demand by target shooters. 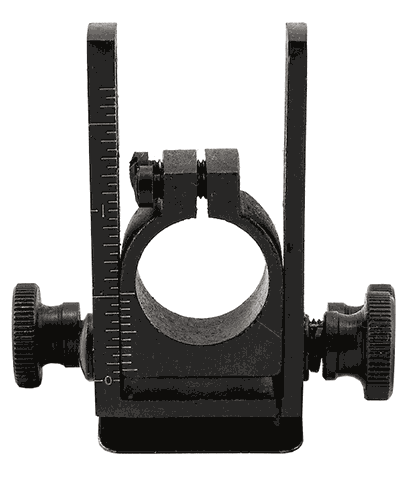 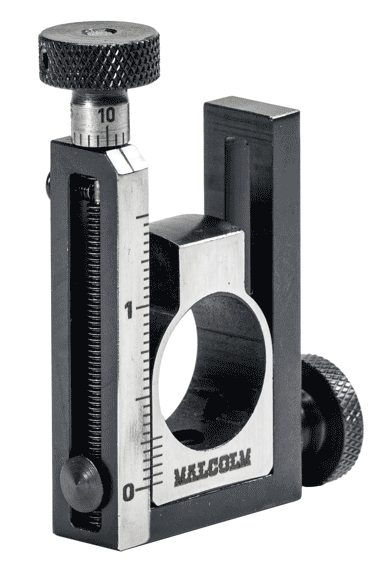 The modern version of Malcolm’s rear mount hasn’t changed that much.

This is a Unertl target scope that the Malcolm morphed into. These were popular in the 1930-1970 timeframe.

Malcolm’s rear scope mount looks pretty archaic compared to what we use today. That’s because it does the adjusting for elevation outside the scope. And that, in turn, is because of how fragile those early riflescopes were. Their crosshairs were often single strands of spider webs. And that technology lasted up to and through the Second World War! Even bomb sights used strands from spider webs as reticles. Until scope makers found ways to make the scopes more rugged inside, the mounts had to do the adjusting.

This is not a report on scopes. We want to talk about scope rings, and sometimes I use the term scope mounts to mean rings. But to understand where scope rings have come from we have to first understand the scopes they held.

You see the updated Malcolm scope in the picture above. Now look at another one and the updated version of the Malcolm mounts.

This is a .43 Spanish Remington Rolling Block with a Unertl target scope. 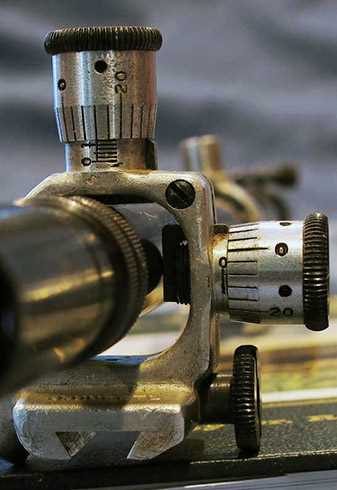 There are the external spring-loaded scope adjustments for windage and elevation. 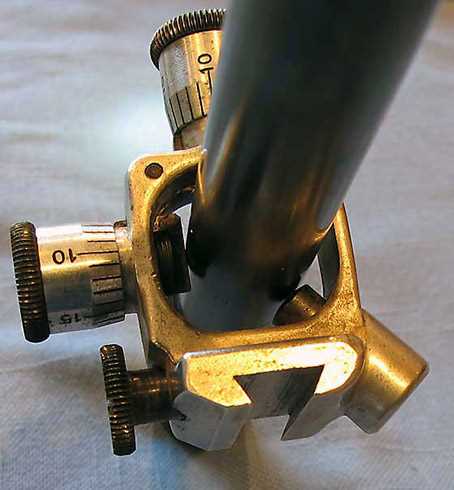 And there is the external return spring that pushes the scope against the springs in both adjustment knobs.

What you are seeing

What you are seeing in this 1940’s vintage Unertl scope and mounts is a scope that performs the job of the erector tube inside a modern scope tube. Here it’s all on the outside to see. And recoil has little affect on this scope because when the rifle moves in recoil the scope stays in one place. The rifle slides underneath it! But on some of those scopes, like the one shown here, you have to remember to push the scope forward and into battery after the shot.

Now you are up to speed. That Unertl scope has a spider web reticle, by the way. But spider silk won’t do when hundreds of thousands of scopes have to be made each year, and the retail price for them has to be extremely low. Spider silk is too labor intensive. In our next look we will examine what happened when modern production took over.

The scope rings we use today evolved alongside the riflescopes they hold. In this report we have moved from 1776 up to around 1940 in scope technology, and scope mounts that held them had to keep pace with developments. Here is a look at where this report is going.

What do you have to know to order scope rings for your airgun? Size of the scope? Recoil of the airgun? Intended use for the scoped gun? Scope base on the airgun? Is there more? 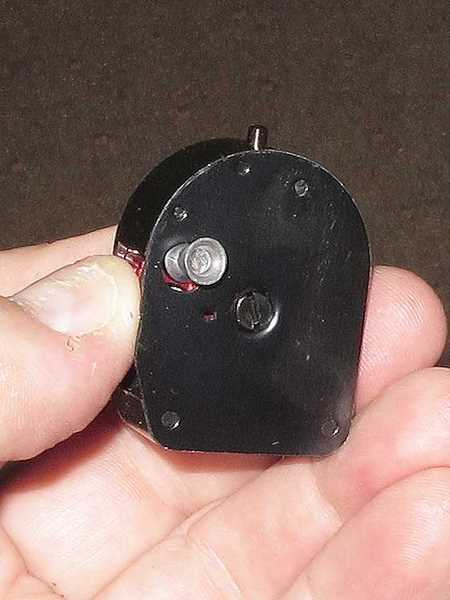