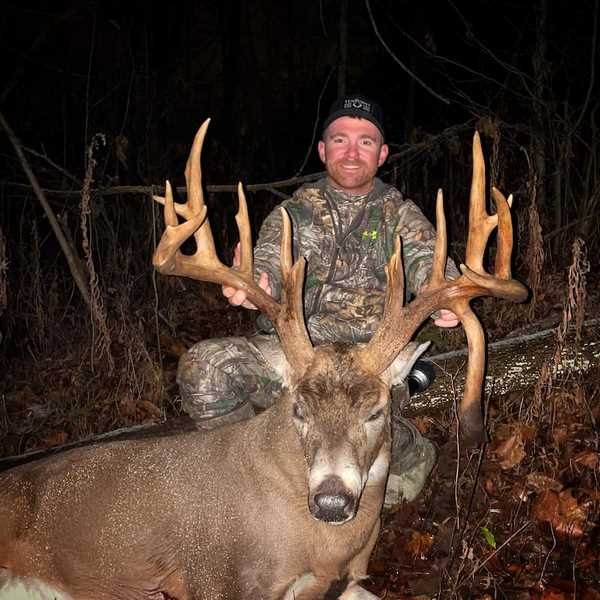 Each fall, a lucky few bowhunters bag bucks worthy of the record books. 2022 was no exception, with plenty of impressive trophies circulating social media all season long.

These are three of the top trophies tagged by bowhunters this year.

After killing a 210-inch giant in 2021, Randy Kukral managed to make magic happen again this fall when he tagged his 2022 target buck on November 16. Kukral first spotted the non-typical last year and immediately put the buck at the top of his hit list for the following season. He gained permission to hunt private land nearby and not long after called the drop-tine buck within 25 yards before making a perfect shot with his crossbow. The buck scored an impressive 232 inches by Buckmasters.

In between homeschooling her four kids, Devyn Messenger invested time scouting the high-pressured public lands near Fort Riley, where her husband is stationed with the Army. After a few close encounters with bucks early, Messenger rattled in a monster she hadn’t seen before on November 5. Once the buck reached 25 yards, she pulled the trigger on her crossbow. The 218-inch bruiser — Messenger’s first-ever deer — ran 100 yards before expiring. Messenger’s 12-year-old daughter killed her first deer — a nice 10-pointer — the following weekend.

Brandon Michel first got trail camera photos of an impressive buck on his family’s Iowa farm in 2021. Heading into the 2022 archery season, Michel and his father decided to hang a stand in an unconventional spot on the property — an abandoned homestead where they believed the big buck might be traveling. On October 23, Michel headed to that tree stand a few hours before dark. He spotted the giant non-typical 100 yards away and grunted him into bow range before taking the shot at “Kickstand.” The buck scored 215 6/8 Boone & Crockett.