Announcement: Guy Roush is this week’s winner of Pyramyd Air’s Big Shot of the Week on their facebook page. He’ll receive a $50 Pyramyd Air gift card. 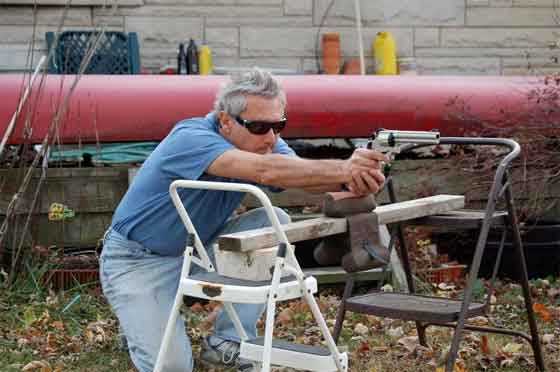 This report is getting convoluted. I’m reporting a device I found at the 2011 Roanoke Airgun Expo that allows the use of 12-gram CO2 cartridges to fill Crosman bulk-fill guns, but I used the Crosman model 114 rifle that already had two reports from 2009 before it broke and had to be resealed. So, the report is really about how this bulk-fill device operates on a Crosman model 114 rifle, but the performance of the rifle is also being examined. read more