by Trevor Foss and Beau Bayless
Copyright PyramydAir.com ©2008. All RightsReserved.

Note: The 2008 California Science & Engineering Fair included an airgun-related entry from Beau Bayless and Trevor Foss, eighth-grade students at All Saints' Episcopal Day School in Carmel. Their entry won first place in the Physics & Astronomy section. In a slightly different format than our usual articles, we present their project.

Methods & materials
We constructed an air gun that would shoot pellets at variable pressures through a barrel with a sensor at the beginning and the end. Then we set the pressure to 100 psi and fired the air gun. We recorded the time that the pellet took to pass through the first and second sensors and used the formula Speed = Distance/Time to get the speed. We repeated those steps four more times and averaged the five speeds. We repeated that procedure, increasing the air pressure by 100 psi each time until we reached 500 psi.

We think we controlled our variables quite well. We used the same pellet size and mass, the same length of the barrel and the same type of sensors.

One variable that we did not expect was that we had to use a spit wad and a pellet. Since the pellets we used were transparent, the sensors did not register the pellet going past the sensors. To solve this problem, we added a small rolled up piece of paper for the sensors to register the speed. We tried to use the exact same sized wad, but maybe some of the wad sizes could have been slightly off.

If we were going to do this experiment again, we would do 20 shots per pressure and then average them. We would have also made sure that we used the exact same size spit wad with the pellet. 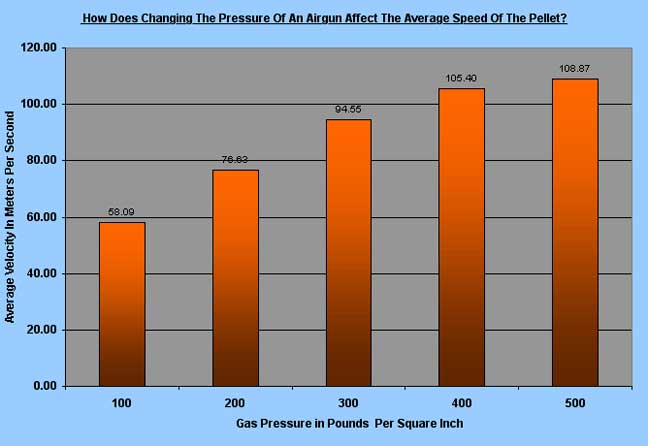 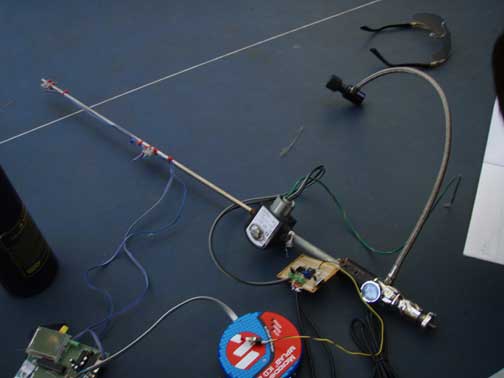 Trevor and Beau used the above tools for their project. 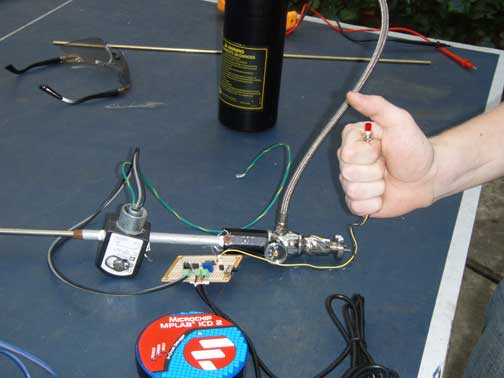 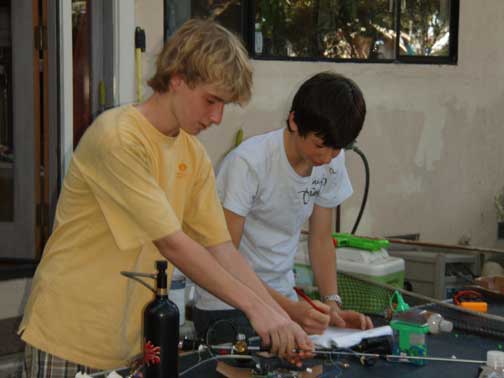 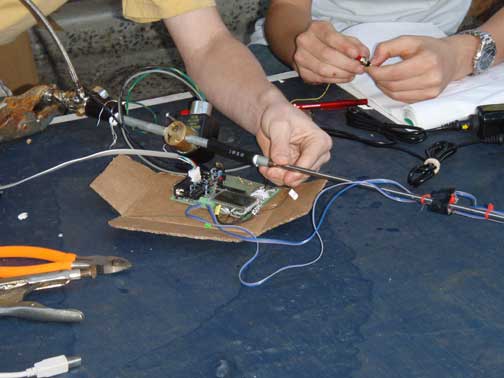