Targets for air guns like air rifles, pellet guns, crossbows, and bb guns can make target shooting even more fun than plinking at cans. Pyramyd Air sells a wide selection of target styles and types for everyone, including animal targets, archery targets, metal targets, paper targets, traps and more. So if you're a hard core competition target shooter or just want to add more fun to your shooting, Pyramyd Air hits the bullseye. 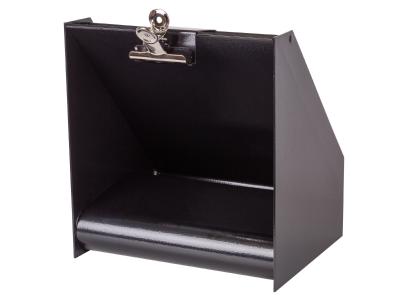 Made from heavy-gauge, sheet steel to stop and hold air gun pellets and standard velocity .22 long...
$95.99
Add to Compare
Add to Wish list 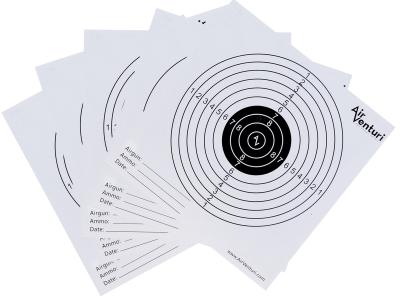 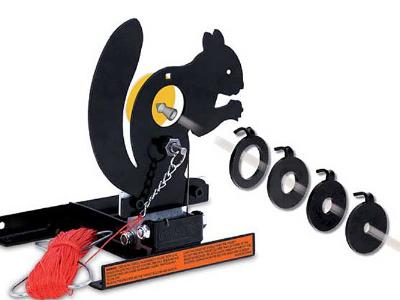 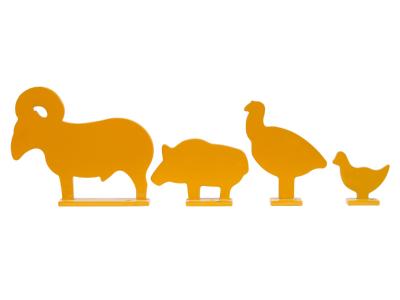 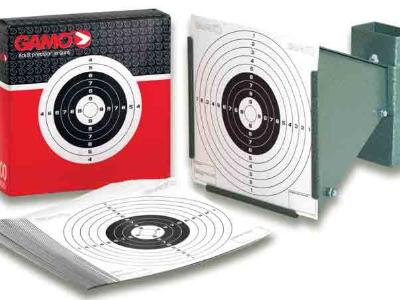 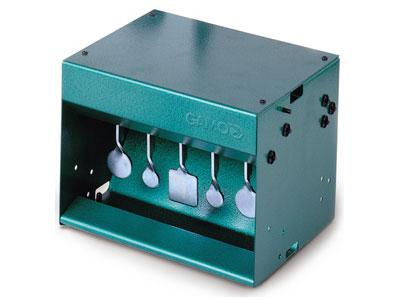 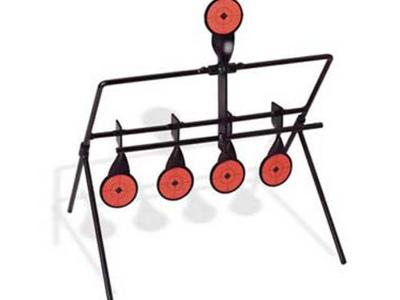 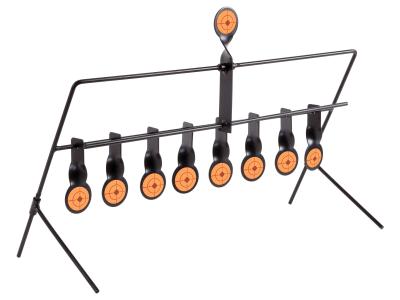 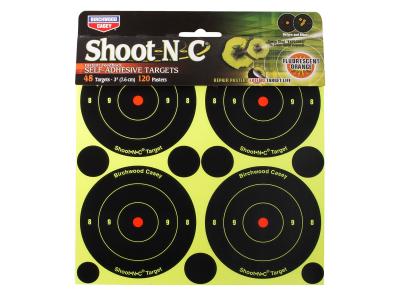 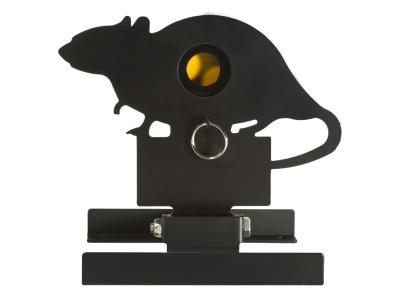 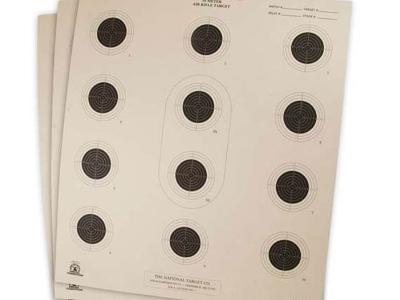 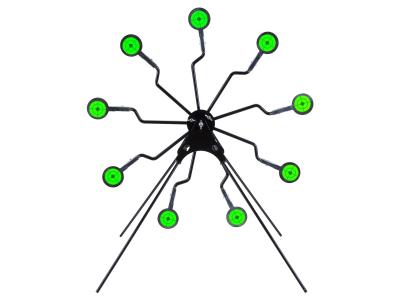 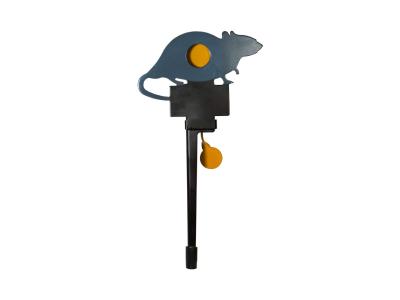 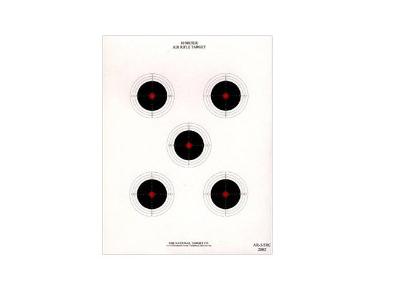 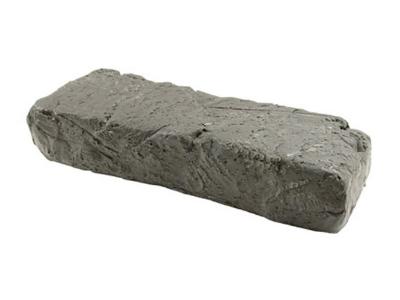 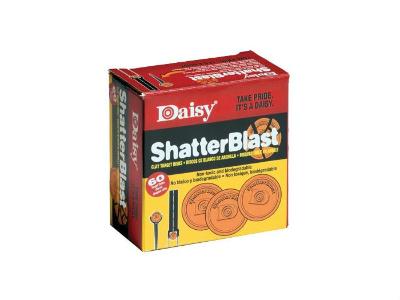 Fits ShatterBlast Stakes (872), or use them by themselves! The most exciting target concept to ever...
$11.99
Add to Compare
Add to Wish list 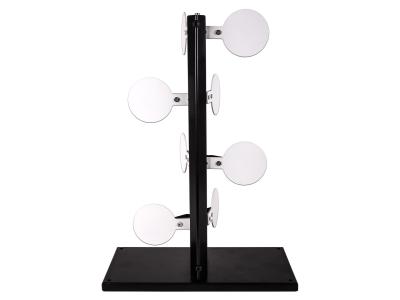 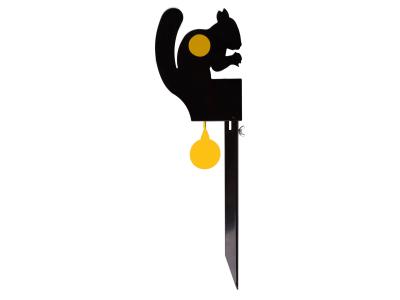 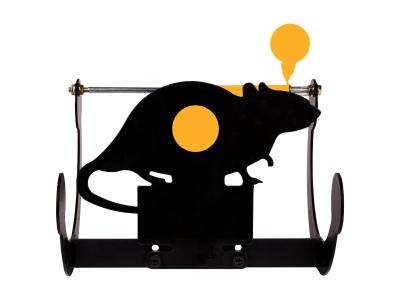 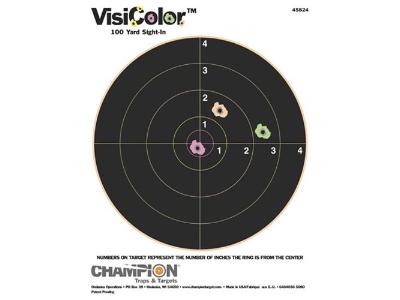 New VisiColor high-visibility targets from Champion offer shooters an interactive, fun and useful...
$7.99
Add to Compare
Add to Wish list
123 ... 67 Next
Show All

Looking for a BB gun target?

Some of the most fun you can have with a bb gun target is with the Shatterblast or VisiChalk Ferris Wheel targets. They're so much fun because they react so well when hit. The Shatterblast targets are like shooting skeet, except they are staked into the ground rather than thrown. Set them out at distance intervals and practice hitting them in a short time frame. The more you practice with bb gun targets the shorter your time, or the greater your distance intervals can get. The Visichalk Ferris Wheel has a similar reaction, but it's a spinning target rather than stationary, and the chalk explodes into a fine powder when hit. For even more challenge, shoot all the colors in sequence, first blue, then orange, etc.

One of our most popular traps is the Champion Heavy Duty Metal Trap. This trap is heavy duty and weighs over 20lbs. It's sturdy enough to stop and hold anything up to a standard velocity .22 long-rifle rimfire lead bullet. But it's also small enough that it doesn't take up a lot of space in a backyard or basement range (11"w x 12"h x 8"d). It'll give you peace of mind knowing your pellets and bb's won't ricochet dangerously around your range. It's on the noisy side, thanks to the heavy-gauge sheet still it's constructed with, but it's a reassuring sound as well, knowing your discharged ammo is in a safe place. It comes with a spring clip for targets. Remember that it's meant for lead projectiles only!

If you want to have some fun without spending much money, try the Crosman Varmint Targets. Designed for their collapsible pellet trap, these paper targets are full color and feature common small/medium pests, including crows, squirrels, prairie dogs, and rats. Each target sheet has 3 bullseyes (with a marked kill zone) and there are 20 in a pack. You can also get it as a stand-alone block trap made of 8"x8" high-density foam.

Step up your competitive game with a tree target. Dueling tree targets are fun because you can compete against your favorite shooting partner. You can use anything up to a .22 caliber air gun. Then see who can hit their paddles faster! The paddles are 3" in diameter and have adjustable spring tension. Pyramyd Air also carries other varieties of paddle targets like galleries and spin-o-matics. The Medusa by Air Venturi is ultra-challenging because it spins 2" targets that ingeniously flip around to keep the targets continuously available.

Try your skills with an exploding golf ball for the ultimate in air gun accuracy. Place it as far away as you can safely shoot and see what you're made of. If you hit it, it explodes into a burst of white powder. It's up to you and your airgun to prove who's the best shot on the range!

We also carry a wide range of other target products, such as impact putty and target stands.

No matter what kind of the best air gun target and accessories you're looking for, Pyramyd Air is on target for you!