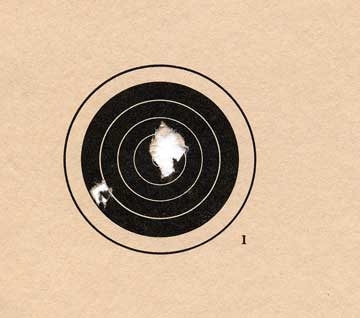 Is that a lone hole in this five-shot group...or a flyer? Or not? It probably is, but read the entire explanation before deciding.

Final thought--if three pellets with damaged skirts land in the same hole when they should shoot wild, what is that called? It's called luck, and it does happen.