Let’s finish this week with something different. When you think of underlever spring rifles you probably think of a TX 200, an HW 77 or perhaps the Tech Force 99. How many of you have taken a good look at the Diana RWS 46?

The underlever moves very far back, decreasing the cocking effort.

Diana’s answer to the TX 200
Diana is the company that makes airguns for RWS. Over the years, and I mean going back before World War II, they have made some of the all-time classic spring-piston air rifles AND air pistols. I will report on many of them for you in the future, but today let’s look at their “world beater” model 46. It was developed SPECIFICALLY to go head-to-head against the British TX 200. That’s what Frank Turner, the president of Dynamit Nobel-RWS USA, told me when the model first came out. So, how does it stack up?

Fit and finish
Diana has always had a good fit and finish, but it’s never quite up to the standards of Weihrauch. Perhaps, it’s more in the BSA class. Since the 46 was targeted to go after the British TX, they went out of their way to make as crisp a rifle as they could. The lines are very clean and the cheekpiece is quite stylish and well-shaped – an area where other Dianas perhaps fall short. The stock has the typical Diana angularity, compared to the more rounded TX. It also shaves off about a pound of weight, making the 46 the lighter rifle.

Trigger
The TX wins, hands down, when it comes to triggers. It has a copy of the German Rekord, while the Diana struggles with its own design. It’s good, but the trigger on the TX is superb!

Accuracy
Accuracy of the two rifles is very close. The TX might be better in one individual rifle, but the Diana 46 might be better another time. Both are splendidly accurate. The TX shoots a little more neutral, while the Diana needs a softer hold. In the end, both are very accurate.

Loading
The Diana RWS 46 wins with no contest. The TX requires a deep reach into a port, while the 46 opens up to give you perfect access to the breech. It’s as good as a breakbarrel! 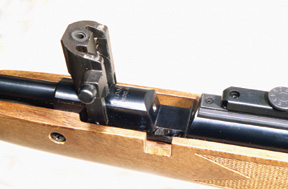 By this time, you’ve probably checked the prices for these two and found that the Diana RWS 46 is quite a bit less than the TX. Even if you go for the Hunting Carbine at $479, the TX is still $130 more than the 46. I can’t say if it’s worth the extra money – that’s for YOU to decide. But, I can tell you that I think most shooters would be happy with the 46. It does the job and won’t let you down. It’s a wonderful spring-piston rifle that happens to come at a really nice price. 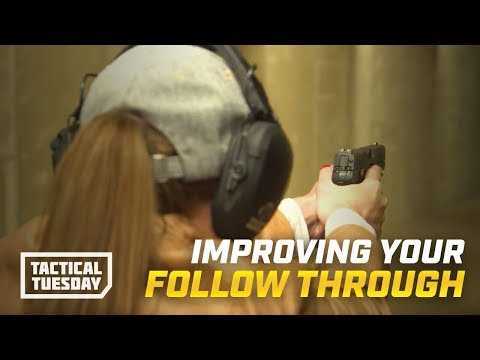