Today’s blog is for Ian, who was given a Diana model 35. He wasn’t getting very good groups, so I gave him some tips on holding a spring gun when firing. I should have asked him what pellet he was using, because I suspect it’s a major part of the problem. He’s doing well now, but his last comment went like this:

“I’d be pleased if you could do a review on the Diana/Original Model 35, together with what velocity and ft/lbs to expect. Mine is the Original 35 built in 1968 in Germany and has the red recoil pad.”

Former contender fades as airgun technology advances
When it was new, the Diana 35 was a powerful air rifle. It had a revolutionary trigger and was even set up to take a scope – sort of. But it remained in the inventory without change for nearly four decades and finally went out with a whimper as more powerful airguns passed it by.

It was powerful for its day, but you won’t think that shooting a Crosman Premier in .22 caliber at an average of just 550 f.p.s. is much to talk about. The one I tested did a little better with RWS Meisterkugeln, which weigh 14.2 grains, sending them out at an average of 591 f.p.s. That’s still only 11 foot-pounds; for a .22 spring rifle, that seems pretty tame by today’s standards.

They were called by many names
Dianas were sold in the U.S. under many brand names, which confuses collectors. The Winchester 435 is really a Diana 35, but gun people believe it must be special because of the name. They were also known as Original 35, Peerless 35, Geco 35, Beeman 200 and Hy-Score 809 (I owned a Hy-Score 809 made in 1977.)

A big gun!
Unlike the handy Diana 27, the 35 is BIG! It weighs about eight pounds and is a man-sized gun. There are two main variations – the first built between 1953-1964 and the second between 1965-1987. The later version had a thicker stock, very slippery stamped checkering (the kind most shooters HATE) and was generally not as svelte as the earlier one.

My 35 cocked with 24 pounds of effort, which is light for this size airgun. After I lubricated the firing mechanism, that dropped to 19 pounds, though the gun’s power remained exactly where it had been. 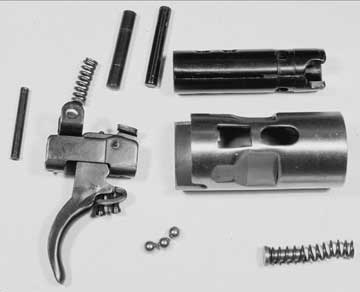 Lots of parts for a simple job. Diana’s ball bearing trigger was a real sales item in the 1950s. It releases about the same as a standard lever-type trigger.

The ball bearing trigger
The 35 has Diana’s ball bearing trigger, a simplified variation of it is still used today. It is not modular, so the airgunsmith has to know exactly what goes where and also needs a few tricks to get it back in the gun in the assembled state. Today’s Diana triggers are more modular, though they still use three ball bearings to hold the piston. 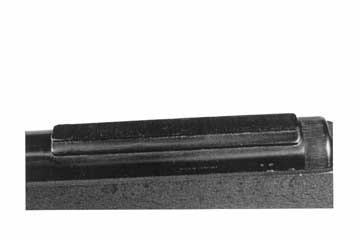 A plain dovetail ramp with no provision for a scope stop. Hang a stop pin in front of the ramp to keep the rings from moving.

Made for a scope – maybe!
Shooters didn’t scope airguns in the 1950s, but they started to in the ’60s. Diana put a simple raised ramp on top of the receiver tube and let the owner guess how to mount the scope. If you scope one today, you need to hang some kind of scope stop pin over the front of this plain ramp to keep the scope mount from sliding backwards on the ramp.

The Diana 35 was an early attempt at building a powerful air rifle. Later guns of the same size and weight would have nearly twice the power, but they benefitted from the work that Diana had done for them. 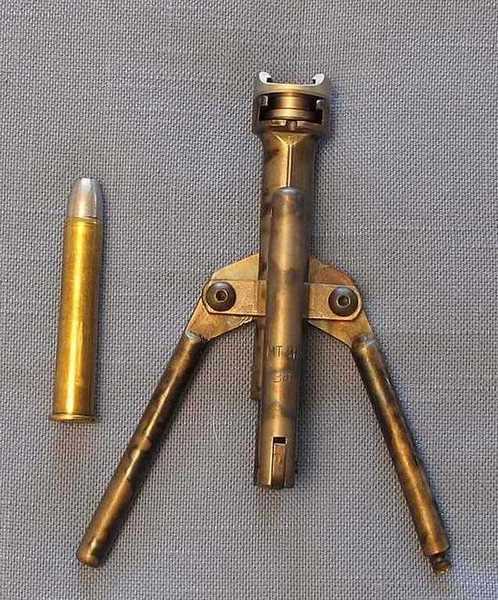