Let’s take a look at one of the longest-running airgun models ever made – the Diana model 27. The history given here is condensed from Blue Book of Airguns, Fifth Edition.

A long run
Diana is a German airgun firm with a long, colorful history. Started in 1890, the company survived two world wars and numerous civil upheavals, as well as several crushing depressions. In the U.S. today, Diana is so closely associated with RWS that many people believe RWS makes the airguns, but that isn’t the case. Diana makes them, and RWS simply imports them into this country under their own label.

The model 27 was first made in 1910, though it looked much different back then. The gun had only a buttstock – no forearm at all. In fact, it wasn’t until after World War II that the model 27 got a normal-looking stock.

Many names, but just one gun
The Diana model 27 has been sold in this country under several names. Just a few of the important ones are Beeman, Original, Hy-Score, Winchester and Milbro. All but Milbro were actually German Diana model 27 guns under other names.

The Milbro guns deserve more explanation. As partial reparations for World War II, the United Kingdom secured the rights, tooling, machinery, parts and drawings of Diana air rifles. Millard Brothers of London made Diana guns in Scotland that were also sold in the U.S. under the Daisy brand name, though I don’t believe they ever made the model 27 for them. During the years when Milbro made Dianas, the restarted German firm had to use the name “Original” to avoid confusion. After Milbro folded, the Germans got back the Diana name.

The Diana 27 was famous for the trigger with the ball bearing sear
Diana pioneered a type of trigger that uses three ball bearings to hold the piston when the gun is cocked. A complex arrangement of springs, bearings and nested cages and bearing races keep pressure on the piston stem until the trigger releases it. Adjusting this trigger is difficult, but once it is adjusted properly, it is as nice as any conventional trigger.

The 27 was just the right size and power!
This was not a magnum airgun. In .22, it shoots medium-weight pellets in the mid- to high-400s. In .177, it gets close to 600 with medium pellets. Why do so many airgunners flip over the gun? Because its so smooth, so easy to cock and light enough to shoot offhand all day long. A 27 is deadly accurate and so understressed that it keeps on shooting long after more powerful guns need a spring change.

I have owned three model 27 guns. The first was a .22 Hy-Score 807 that came from a pawn shop for $18. It was rusty and beat up, but it shot beautifully and I loved it. I eventually gave it to my best friend. Number two was a real Diana .177 that was in sad shape. I bought it for $20 at a gun show, and the dealer was “kind enough” to cock and dry-fire it once to show me that it worked! I repaired it and eventually let myself be talked out of it by someone who wanted it even more. 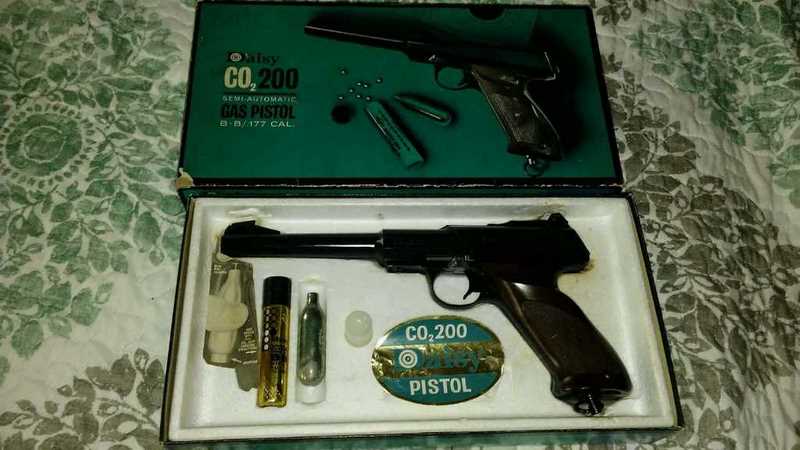