Most of us still shoot springers, so we ought to be interested in what powers them – the mainspring. In this post, I’m going to talk about mainsprings and cover some of the basics a shooter should know. I’m excluding the common Daisy BB gun from this discussion because, although it uses a mainspring, the operation of that type of powerplant is different than a typical spring-piston gun.

Not a lot of info in the early days!
I’ve been involved with airguns for a long time, but I got into pneumatics and CO2 guns long before I started messing with springers. My first springer was a Czech Slavia imported in the 1960s by a New York City company, and it came with no instructions that I remember. I knew nothing about oiling the piston seal, which was probably leather, so it’s doubtful the gun delivered more than 400 f.p.s. with light .177 pellets. I knew nothing of the proper hold for the gun, so its performance was not memorable.

My first REAL springer came from Diana. It was a model 10 target pistol that had lots of power and super accuracy. It was hard to cock, but it had an owner’s manual that told me how often to oil the piston seal (one drop of oil every 1,000 shots). In those days (1976), Diana was using a synthetic seal material that slowly absorbed the oil and disintegrated, but that gun worked well for me for about six years. My next springer came from Beeman and had lots of owner information. By that time (1978), the first Airgun Digest had been published, so I knew a lot more about how to treat my gun. In those days, Beeman had us putting 10 drops of spring oil down through the cocking slot to coat the mainspring coils. Another 2 or 3 drops of silicone chamber oil went through the transfer port for the pistol seal. But as far as what any of that “maintenance” was doing, we had no clue.

I go inside
In the early 1990s, I started disassembling spring guns to have look inside. Only then did I discover that perhaps we had not been doing things correctly after all. I found most guns were over-oiled, and the ones where the spring had been oiled had shed all their grease, so the mainspring was twanging with every shot. The thin oil was creeping forward into the compression chamber, and some of these guns were detonating whenever fired. I discovered that early FWB and Walther synthetic piston seals were dissolving from the oil in the compression chamber. That situation has since corrected, and the replacement seals do not disintegrate.

Some guns lasted forever!
I saw other guns with unstressed mainsprings (no spring preload when uncocked) that were still functioning after 50 years of service. The leather piston seals may have been replaced a few times, but the original mainsprings were still working. I had no way of knowing how many shots were on these guns, but it was impressive that they worked at all. These were the BSA and Webley rifles of the teens, ’20s and ’30s. After World War II, most spring rifles had heavy preloads on their mainsprings that wore them out as they sat uncocked in closets for years.

The race for power!
The power race began in the early 1970s with the BSF 55, Diana 45, HW 35 and, later, the FWB 124. Once it started, mainsprings had to evolve, though it took 25 years for them to do so. During that period, we had springs with wires that were too thick, springs that were too hard and springs that were under too much preload. The result was early spring failure. Throw in the scanty instructions that applied to the guns of the 1950s but were still being packed with guns of the 1970s, and we had guns detonating from too much oil and mainsprings shedding all their grease. The late 1970s, 1980s and the early 1990s were hard times for springers.

This 15-year-old FWB 124 spring has numerous kinks from breakdown of the steel structure in the spring wire. Too much preload! When a spring looks like this, the gun buzzes as it shoots.

The hobby airgunsmiths did their damage!
While all this was unfolding, there arose a number of “airgunsmiths” with hammers, vice grips, kitchen tables and the desire to go into business for themselves. The result was a flood of modified spring guns that were “powerfuller” and more “powerfuller,” but they didn’t last very long. During the same period, the airgun manufacturers began to understand some things about mainsprings – though they didn’t always apply what they knew. The Chinese, for instance, knew that their springs were made from inferior wire, so they used other non-Chinese springs in their premium guns. Diana, to get the most power they could, had been using springs that were too hard. When their returns mounted up, they took notice. Other companies had been more conservative and either did not experience any problems or they corrected them by redesign in short order. A few companies – such as Weihrauch, Webley, BSA and Air Arms – had no significant spring problems at all.

1990s Diana 34 spring broke at either end from being too hard. All the shooter will notice when this happens is the gun becomes easier to cock. A chronograph shows a 150 f.p.s. drop in velocity in .22 caliber

What have we learned?
First, I hope you now know not to oil your spring gun too much. Those who tell you to do that are quoting from a half-century ago. Read the owner’s manual and follow it! Next, I hope you understand that you don’t always get more power with a more powerful spring. Often, you get just the reverse! Think twice before sending your gun off to be “tuned” by someone who may just be a “toon,” himself! And, finally, shoot your gun! Get away from that keyboard, put a target out at 30 yards and shoot at it. It doesn’t matter that your 100x Newtonian telescope hasn’t been mounted to your gun, yet. Use the open sights it came with and experience actual shooting instead of sitting around listening to others tell you what they think! Being used is the one thing that benefits spring guns more than anything else.

We’ll come back to this theme again, because there’s a lot more to talk about. 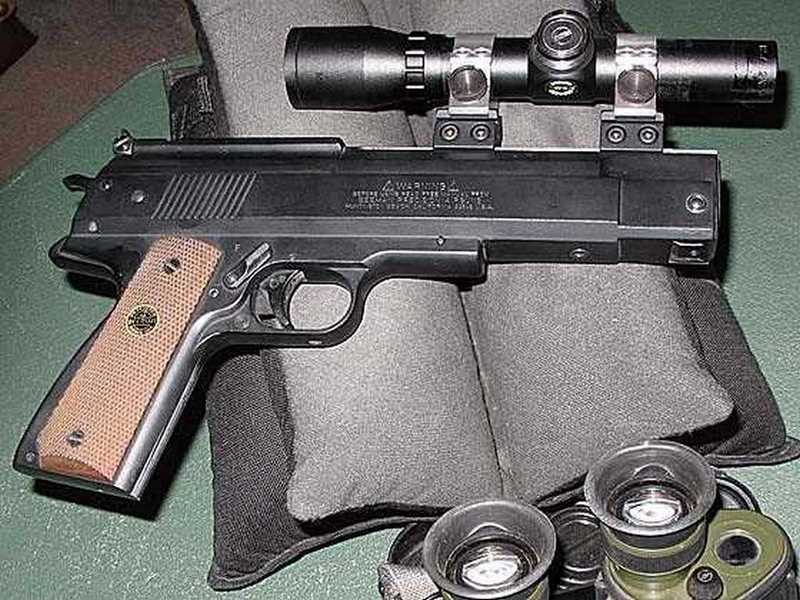 What makes a good barrel?