Home > Blog > Education / Training > How to choose a PCP

We got this request last week. A reader wants me to cover the applicability of various PCPs to different kinds of shooting, so that’s what I’m going to do.

Low power for target shooting
There really is no choice with this first category. All modern PCP target rifles and pistols develop 6 foot-pounds or less, and PCPs are at the top of technology where target airguns are concerned. Pistols hover between 480 and 530 f.p.s., while rifles are usually around 580 f.p.s. The rifles represent a downward shift in velocities from the 1960s. Back then, it was considered good to develop between 600 and 650 f.p.s. Even though a modern PCP can easily get higher velocity, the makers don’t do it because it isn’t needed. They get additional shots, instead.

A subset of target air pistols are also used for airgun silhouette. No power modifications are made to these air pistols, as they already develop more than enough power to knock the heaviest silhouettes off their stands at the farthest range.

Field target rifles
Field target rifles are a very specialized niche within PCP rifles. While many competition rifles are being converted from 10-meter target guns (under 6 foot-pounds!), there are many more that are either straight sporting PCPs or modified sporters. The caliber is always .177, because it is the only competitive caliber for this sport – just as it is the ONLY caliber that can be used by regulation for bullseye target shooting. And, 20 foot-pounds is the upper limit for American field target rifles. That’s not because of any rule, but because most clubs mandate that limit to prevent damage to their targets. Power, as you know, also means velocity, and in .177 caliber, 20 foot-pounds means a very fast pellet. For example, it’s a 10.5-grain pellet traveling 926 f.p.s. That kind of energy concentrated on a small area on a steel target actually burns away the steel when the lead pellet flashes to incandescence. After several thousand hits in close proximity, the steel will have developed deep pits. Club targets get that kind of use in two or three seasons of brisk competition.

British field target shooters are restrained to below 12 foot-pounds of muzzle energy, so they will shoot in the 800 to 825 f.p.s. range. Their guns are easier on the targets and on their own mechanisms. When the Brits come to America to compete in field target, they may tweak up the velocity of their rifles, but seldom do they get up as high as American shooters. They understand that velocity alone does not make a good FT rifle.

General shooting and hunting
This is where all restrictions come off the rifles and the field is wide open, but there are still categories of guns to be considered. Those rifles that develop 20 to 30 foot-pounds, for instance, seem to be the most popular general-purpose air rifles. Let’s look at the FX rifles as an example. Made in Sweden by designer Fredrik Axelsson, the FX PCP rifles seem to cluster around this energy level. That’s not because Axelsson can’t make them more powerful – because he certainly can! But he has found that this is the ideal energy level for a good all-around PCP. Because FX makes the rifles for Webley and others, they have a huge influence on the airgun market.

AirForce is another maker that is clearly not restrained to any power limitations, yet two of the three rifles they make, the Talon and Talon SS, fall within the 20 to 30 foot-pound power range. So do most rifles from Logun, Air Arms, Daystate and Falcon. Yes, these companies may have one or two rifles that are either more or less powerful than the 20-30 foot-pound range, but if you examine the numbers of models that do fall within that range, you’ll see that the evidence is overwhelmingly in favor of that power range.

.177 and .22 are at different ends of the power range
Now, it’s time to practice what you’ve learned from this blog. You know that power relates to projectile weight and velocity, so it should come as no surprise that the .177 rifles hover near the low end of the 20-30 foot-pound range, and the .22s occupy the middle and upper limits. That’s because of the accuracy factor relating to a top velocity of around 900 f.p.s. While there are no absolutes as far as accuracy is concerned, you will find that manufacturers know this relationship very well and build their rifles to take full advantage of it. That’s what makes the next and final category of rifles so special.

Smallbore PCPs that develop more than 30 foot-pounds
These are the big guns, so to speak. They don’t begin right at 30 foot-pounds, as a general rule. They usually start around 45 foot-pounds and go up to as high as 80 foot-pounds. I am not saying there aren’t ANY air rifles that develop 38-40 foot-pounds, but that is not a popular power level. It seems to me that once a maker exceeds 30 foot-pounds, they try to get into the high 40s or higher. Here we leave behind .177 and .20 caliber, for pellet weight is needed to develop the awesome power these rifles produce. In .177 and .20, the pellets become too long to stabilize in flight, so they cannot be accurate at long range. You need pellets weighing 30 to 50 grains for these power levels, and only .22 and .25 calibers have them.

This is where the Career III and the Saver 7000 hang out. The Career 707 often spits out heavy .22 pellets at an energy above 60 foot-pounds! The AirForce Condor is king of them all! Not only does it produce power in excess of 65 foot-pounds, but it is the only PCP that can do so for a long string of shots! Plus, the Condor’s power can be easily dialed back to 19 foot-pounds when needed.

NOT for general shooting!
I cannot tell you how many shooters I’ve spoken to who were dissatisfied with their choice of rifle because they picked one of these bruisers, only to discover that it’s just as loud as a .22 rimfire! For some reason, they thought it would be quiet like their Diana RWS 34, but that’s not the case. Buy one of these airguns only for hunting. If you want a flexible, all-around PCP, look to the more popular 20-30 foot-pound guns.

We shoot airguns for enjoyment – not for bragging rights. The world’s most powerful air rifle is a pipsqueak compared to a centerfire rifle caliber, so get a gun you’ll enjoy shooting all the time. 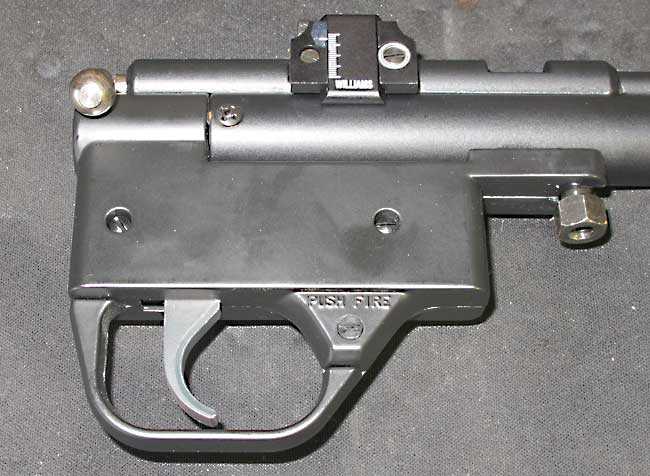