Home > Blog > Education / Training > What pressure is best for a PCP?

Last week, a reader named Dave asked, “What is the lowest pressure that will produce acceptable results in a PCP? How many fills will a scuba tank be able to give, given that low operating pressure?

Dave, you happened to hit on one of my favorite subjects in airgunning – efficiency!

How low can you go?
I have been saying this for a long time – barrel length is an important part of precharged efficiency – maybe the most important part! On the Mythbusters TV show, they shot a 4-lb. chicken carcass from an air cannon at 130 m.p.h. on just 25 psi! When they bumped the pressure up over 100 psi, four times as much, the velocity increased by less than 5 m.p.h. So, 25 psi was all it took to accelerate a 4-lb. projectile to 190.7 f.p.s. when shot from an 8′ cannon barrel.

Airguns from history got high velocity from very low pressures. Typically, they were pressurized to 500 psi, yet had the power to launch a .50 caliber lead ball with enough force to kill deer-sized game beyond 100 yards. The recorded velocities of the vintage big bores are in the 500 to 600 f.p.s. range. It wasn’t just long barrels that produced such remarkable results – they also had air valves that remained open far longer than modern PCP valves do.

In Airgun Revue No. 5, Tom Gaylord wrote about a Gary Barnes’ big bore rifle that shot a .457 caliber lead ball at 800 f.p.s. on just 750 psi! That rifle had 10 good shots at that pressure! The barrel was over 32″ long, which is long but necessary for low pressure to accelerate a projectile to high velocity. Now, Dave, how many HUNDREDS of fills would that rifle get from an 80 cu.-ft. 3,000 psi scuba tank? A heck of a lot more than a rifle that needed 3,000 psi, that’s for sure.

Something more practical
Many airgunners know about the field target rifle Mac-1 is selling. It was designed by Larry Durham to operate on less than 2,000 psi and gets over 50 full-power shots (in .177 ,that’s a JSB Exact going around 900 f.p.s.) with very tight velocity variation. At the recent airgun show in Little Rock, Durham sold a .22 sporter version of this same rifle. It develops about 20 foot-pounds per shot and gets 55 shots. It fills to 1,650 psi and shoots down to a low of 1,250, so all 55 shots are fired on just 400 pounds of air! 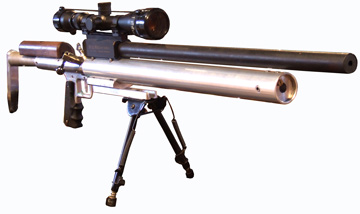 A PCP rifle like that is so easy to fill that you could do it with a hand pump, using just one hand! Or that scuba tank that needs a refill because it only has 2,200 psi remaining suddenly becomes a storehouse of air! Unfortunately, the Mac-1 Hunter, as it is known, is very close to handmade and carries a price tag to reflect the time it takes to produce.

AirForce built a special valve to operate on just 1,500 psi. It was made to use indoors where power isn’t needed but accuracy is. They got over 100 good shots with .177 pellets going about 475 f.p.s. Best of all, there was very little variation from the first shot to the last. It was an offshoot of the new MicroMeter valve.

So, high pressure isn’t the only way to run a PCP. A gun can be made to shoot well on pressure so low it becomes very cost-effective. 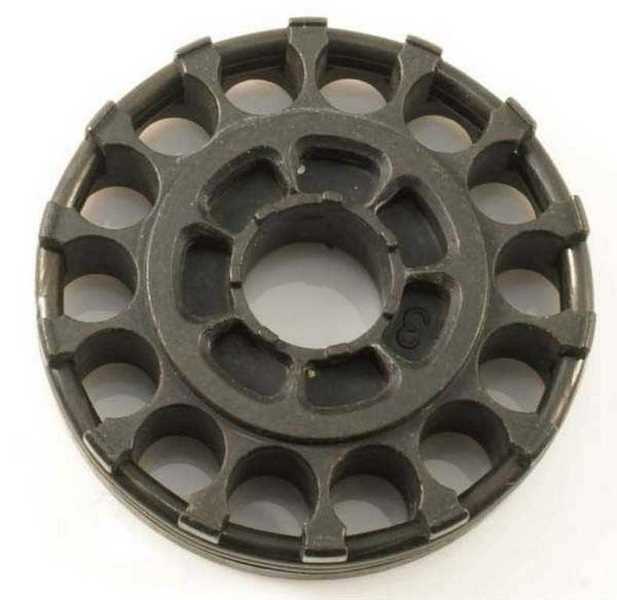 How do I tell them?