From the questions that have come in over the past six months, I believe many of you would like to start evaluating your airguns on a more precise basis, so today I’m going to look at some of the tools and test equipment I use to evaluate airguns.

Chronograph
Say the word airgun, and a chronograph is the first thing that leaps to many shooters’ minds. I have even read reader comments that suggest they like or dislike their airguns on the basis of what the chronograph tells them. But I don’t need to get into them here. I have written plenty of posts that deal with chronographs.

Here’s a good one for you:

Tom Gaylord also wrote an article with a short video about the chronograph:

Who needs a chronograph?

Calipers
The easiest way to measure the size of a shot group is with a dial caliper. Your measurement will seldom be exact, but the margin of error is so small that it’s insignificant. To measure a group, put the jaws of the caliper on the edge of the group at its widest point. This is where the inaccuracy comes in, because with many pellets it’s very difficult to determine exactly where the edge of the group really is. Take the measurement across the widest point and subtract one pellet’s diameter to find the width between the centers of the two pellets farthest apart. Sears sells calipers, and you can find them anywhere tools are sold. Pay around $20 for one made of stainless steel. 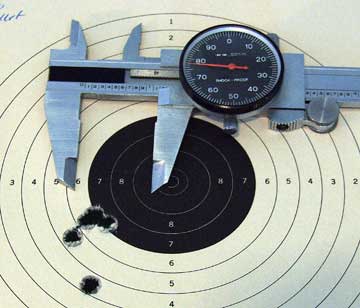 A cheap dial caliper like this makes the job of measuring group size a snap. Of course, it has hundreds of other uses.

Magnifiers
I have a loupe and a handheld magnifying glass, plus I have a magnifying hood I often wear. Seeing things larger than life enables you to make judgements about such things as the condition of an O-ring, the sharpness of a muzzle crown, whether a discoloration is really a blemish or the start of rust and whether a solder joint is just scratched or cracked. I see them new in big electronics stores. Prices vary based on what you buy. 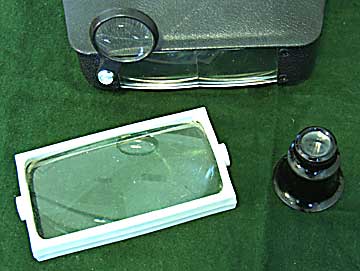 You can’t work on what you can’t see. Magnifiers are essential to the hobby airgunsmith and even to the general shooter.

Bathroom scale
Only the spring-operated scales work for this. Those with pressure sensors or balance beams don’t work as well. Use the scale to measure cocking effort by breaking the barrel past the detent, placing the muzzle of a gun in the center of the scale and pressing down on the butt of the gun until it cocks. To test sidelevers and underlevers, put the scale on a table so you can elevate the gun. Place the lever just like you would place the muzzle of the gun. This is a good garage sale item that should cost $1-3.

Alternative to the bathroom scale
I used to have a large barn, so I envy everyone who owns one today. One neat thing about a barn are the interior beams that things can be suspended from – including spring scales. Spring scales that go up to 50 pounds are ideal for measuring cocking force. They have a million other uses, but the one I remember was weighing hay bales to find out how dry they were. Find them at antique shops and farm sales and pay around $25-40 for a good one.

Trigger-pull scale
Twelve years ago, I bought one of these things because, if I was going to write about guns and airguns, I needed a way to measure trigger-pull. You can also use the one I have as a small spring scale for weighing things like air pistols. The electronic gauges are easier to use, but I guess I’ll just keep right on using my mechanical gauge. You’ll pay less than $30 for one like mine at Midway USA. They are essential when setting up a competition gun for a competition where the trigger-pull is mandated. 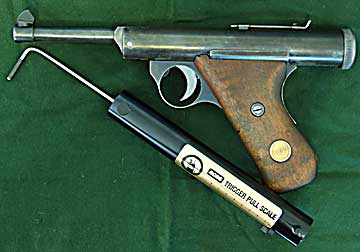 Trigger-pull gauge is one of the few purpose-built test items you need. It can also be used to weigh light things.

Balance beam scale
As rudely honest as these things are when it comes to weighing yourself, they are also absolutely true when it comes to the weight of an airgun. They are poor for measuring dynamic forces like cocking effort, but stellar for determining the total weight of something. These are pricey, selling used for $100 or so.

Postal scale
These are great for weighing smaller things like scopes, mounts, etc. They can handle more weight than a powder scale and are accurate enough for most work. Pay around $20 in an office equipment store.

Powder scale
These are very useful for weighing very small things like pellets and bullets. The electronic ones cost around $100. The mechanical ones go for $30-40.

Any of these things can be found on eBay for a lot less than I have quoted. If you look around your house, you probably already own several of them. You don’t need everything at once, but the most helpful ones are the dial calipers and the magnifiers. 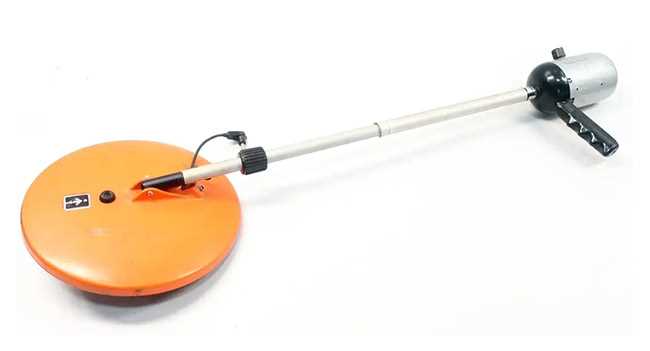 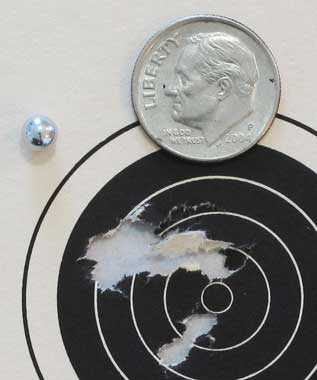