Okay, we’re back with the .22 caliber Gamo CF-X with Air Venturi Ram Air gas spring installed, and today we’re looking at velocity. I discovered that a .22 CF-X is not as powerful as it is in .177. I guess the long transfer port through the rotary breech causes the air pressure to drop off enough that it affects the .22’s velocity, but not the .177’s.

When I tested the .22-caliber rifle with the gas spring, the velocity seemed low to me, so I checked what the same rifle had done with the factory steel spring installed. It was dieseling at that time and the velocity ranged from a low of 574 f.p.s. to a high of 638 f.p.s. with .22-caliber Crosman Premiers. The Gamo rating for this caliber CF-X is 800 f.p.s., so I wondered if anything was wrong.

Just to be extra sure, I asked the tech at Pyramyd Air to check a second new .22 CF-X with Crosman Premiers. He did that yesterday and the velocity of that rifle ranged from a low of 536 f.p.s. to a high of 618 f.p.s. The average for that rifle is 560 f.p.s. That may seem slow compared to the numbers of the first rifle but remember that all these guns vary a little, and some of them gain speed as they break in.

As you know, the purpose of a gas spring isn’t to boost power, though that sometimes happens. The benefits are longer life, longer cocking without degradation, smoother shooting and a lack of spring torque. You don’t gain any accuracy, though some people do feel that the faster lock time of the gas spring does help tighten groups.

Hobbys first
RWS Hobbys came out the spout at an average of 677 f.p.s., with a range from 661 to 683. The range is a little broad, but the majority were in the 670s. The average velocity calculates to a muzzle energy of 12.11 foot-pounds with this 11.9-grain pellet. Remember that 671 f.p.s. is a “magic” number at which the weight of the pellet in grains equals the foot-pounds of muzzle energy. You can always estimate energy at that velocity, if you know the weight of the projectile in grains.

Premiers next
This is the telling pellet. The two steel spring guns in the same caliber averaged 560 and 615 f.p.s. This gas spring gun, the same one that averaged 615 f.p.s. with Premiers and a steel spring, now averages 628 f.p.s. The range is from 622 to 634, so the spread is much tighter, but the cylinder was cleaned when the gas spring was installed. At that speed, the rifle develops 12.53 foot-pounds at the muzzle.

Air Arms pointed pellet
Air Arms sells a pointed pellet called the Hunter, and it’s made for them by JSB. The weight varies between 15.5 and 15.9 grains, despite the 16-grain weight listed. Velocity ranged from 538 to 587 and I started smelling burnt oil, so I won’t be shooting this one for accuracy.

RWS Superdome
The RWS Superdome is usually a fine domed alternative to Crosman Premiers, but not in the .22 CF-X I tested. Sample pellets ranged in weight from 14.2 to 14.6 grains.The velocity went from a low of 560 to a high of 647. Too much deviation for me, plus the smell of burnt oil grew even heavier.

Cocking effort
The rifle cocks with about 35 lbs. of effort. I don’t have figures for the steel-spring CF-X, but I’m pretty sure this is heavier. As always, the resistance is there from the moment you grab the cocking lever.

So there we have it. It looks like the .22-caliber CF-X is a much different bird than the .177. I’m not sure why this is, but the long transfer port sounds reasonable for now. I would like to ask our readers who now have .177 gas spring CF-Xs if they would give us some numbers to compare, because our steel spring rifle tested at 942 f.p.s. with 7.9-grain Premiers.

For those who want to buy just the gas spring, Pyramyd Air is working on that right now. The Gamo warranty on the gun will be voided if you do your own work and there may be some other changes. I’ll keep you posted. 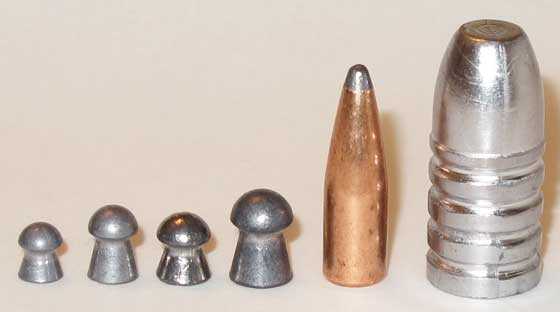