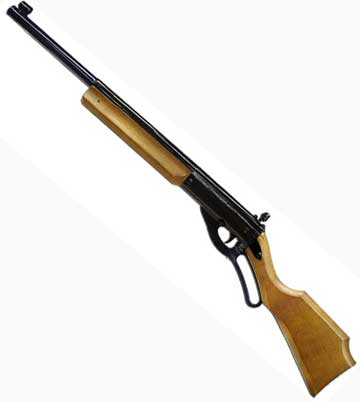 Daisy’s 499 Champion may look something like a Red Ryder, but don’t be fooled. This is the world’s most accurate BB gun.

A question from a father last Thursday caused me to write this report. He was looking for an airgun to train his 11-year-old daughter who is slightly built. They had tried both a Daisy Red Ryder and a Crosman 760. The Red Ryder wasn’t accurate enough and the 760 was too hard for her to pump. And, when you need just the right airgun, who ya gonna call?

The ONLY solution
There are many wonderful airguns in this world, but when it comes to the lightest/most accurate kids’ target gun – BAR NONE – we have to look at the WORLD’S MOST ACCURATE BB GUN. I didn’t make that title up. That’s the slogan Daisy used when they brought out the 499 in 1976 (Note: the 499 was modified to the 499B in 1980 and to the Avanti 499 Champion in 2003). The gun came about through pressure from shooting coaches around the country who were unsatisfied with Daisy’s model 99 Target Special. Made since 1959, the model 99 was supposed to be a target gun kids could use in the International BB gun Championships that Daisy and the Jaycees started in 1966. The problem was that the guns just weren’t accurate enough.

Coaches around the country started buying model 99 shot tubes, then sending them back to Daisy and asking for different tubes. When Daisy inquired about this practice, they were informed that SOME of the shot tubes had slightly smaller bores and were more accurate than the rest. These, the coaches were putting on their club guns. They were cherry-picking the shot tubes to get more accurate guns – imagine that!

Daisy responds
To their credit, Daisy met the challenge head-on and built a new BB gun from the ground up. They made the new gun a single-shot, which is perfect for a target shooter. They gave it a precision barrel (a tube held to close internal tolerances – BB guns are smoothbore, after all), a magnetic BB seat at the breech, a de-tuned mainspring and the same target sights the model 99 had enjoyed. This new model they called the 499, and for many years, Daisy would sell it only to clubs. In fact, I think that I had something to do with its release to the general public. When I published The Airgun Letter, I tested one, bought it, and immediately began telling everyone who would listen how to get through Daisy’s red tape to buy the gun.

Daisy’s Marketing VP told me the 499 was virtually handmade and they weren’t making any money on it selling it to clubs, so they couldn’t possibly make enough to sell to the public. I suggested raising the price! You’d think they would have thought of that. They didn’t think people would pay for a target BB gun like the 499 when the Red Ryder sold for less than half the price. I made it my mission to spread the word. When the distraught dad asked about a lightweight accurate airgun for his daughter, I knew the time had come to preach again. I last reported on the 499 back in June of 2005, and I suppose many people have not seen that report, so here it is.

The gun
This is a GUN, not a rifle, because it has a smooth bore. It’s also a muzzleloader! The shooter drops a BB into the funnel-shaped muzzle and listens for it to roll down to the magnetic shot seat. If you use Avanti Precision Ground Shot, that takes 2-5 seconds. If you use regular over-the-counter BBs, the time is less, because they are more irregular and somewhat undersized. 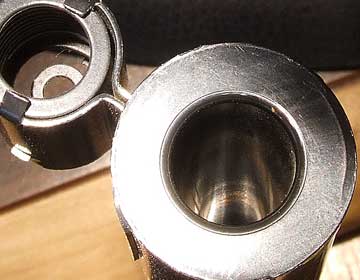 The muzzle is a 2.75″ deep funnel that leads to the real barrel.

The current model has a wooden stock and a plastic cocking lever and trigger. The cocking effort is extremely light and should be easy even for small children. The gun comes with a peep sight at the rear and a globe front sight with interchangeable inserts. A small package of inserts comes with the gun.

The gun weighs just a hair over 3 lbs. and has a pull length of 13-1/4″. Of course, the length can be shortened with a saw. The gun has a manual safety on the right side of the receiver. It also has an anti-beartrap mechanism so the trigger does not work when the cocking lever is open. That keeps youngsters from rapping their fingers, because the cocking lever cannot suddenly close on them. 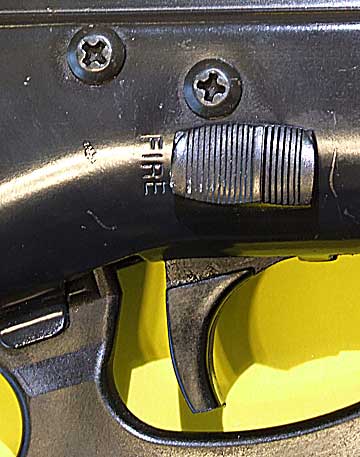 Safeties aren’t common on target guns, but the 499 has one. It’s manual.

Sight upgrade
For another $25, you can buy the 5899 upgraded peep sight. It isn’t a precision sight but I would buy it, because it adjusts with knobs. The sight that comes standard on the gun uses a friction fit to hold the aperture but adjusting the sight picture is an iffy thing. Remember that most of the parts on the upgraded sight are plastic, and there’s some slop in the mechanism. You may need to turn the knobs more than you think to get the results you want. One of the customer reviews says a 5899 receiver sight was included with his gun, so check with Pyramyd Air before you purchase something unnecessary.

I’m going to break this report here, but the second half will come this week.

Sharp deal!
Now, for a special treat! While I was at the NRA Annual Meetings a week ago, I happened to see a knife sharpener unlike any I’d seen before. The Warthog V-Sharp is quite the rig, as I’m sure the picture reveals. As an acid test, I handed them my Executive model Swiss Army knife. It had a near-shaving sharp edge, but the 440C stainless steel cannot hold that edge worth a darn. I told myself if they could do it better than me, I’d buy one of their machines. 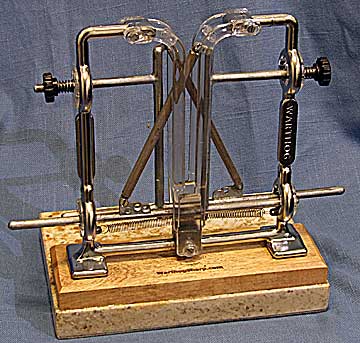 Quite the contraption, only this knife sharpener really works as advertised.

Well, they did. My knife was no longer shaving-sharp – it was cutting sharp! And it still is 9 days later. The 25-deg. edge the Warthog V-Sharp put on the blade is a superior cutting edge. How superior, you ask? Enough to make me not think twice about spending $125 for a Warthog of my own.

The machine arrived last Wednesday and I was sharpening knives within minutes. By the end of the day, all my wife’s kitchen knives were sharp, along with 20 of my own. For the first time in our marriage, she actually raved about how sharp I’d gotten her knives. Before, when I got them shaving sharp, no single knife would hold up through a one-meal preparation. Now they can each handle several meals, and a 30-second touch-up gets them ready to go again. No more 2-hour sessions every two weeks (if I were inclined to keep them all sharp, which I’m not).

Two things you need to know about me – I’m lazy and I love sharp knives. Now that I use the Warthog V-Sharp, mine won’t quite shave hair anymore, but they’ll cut boxes, meat and vegetables all day. Besides, I already have a shaving razor. 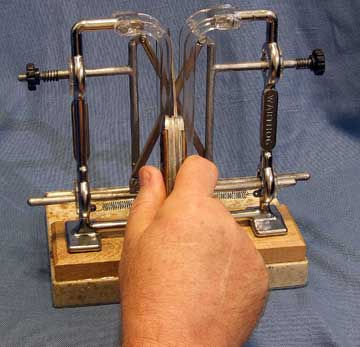 The Warthog V-Sharp knife sharpener, like the Daisy 499, fits in that rare category of “things that actually work.”

I’m showing you all this because we’ve discussed sharpening knives in the blog. This machine is for those of you who want sharp knifes but don’t want to spend hours sharpening them.

Visit the Warthog website. Watch their instructive videos. I’m simply telling you that it really does work. I’ve spent hundreds of dollars for other stones, steels, ceramics, diamond stones and “systems” that didn’t do what this one does. 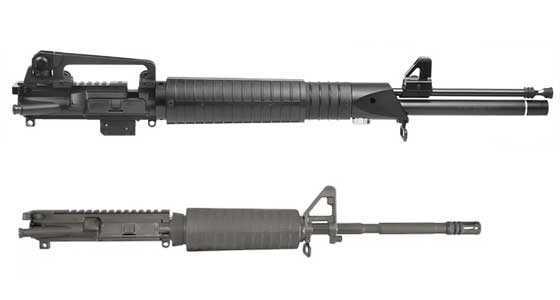 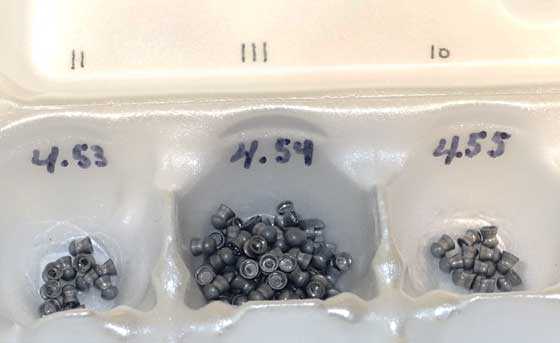