Before I start on changing the barrel, I need to clear up some things I said about the top hat adjustments in the last segment. I had mentioned that one Talon SS owner adjusted his top hat to a clearance of 0.068″, but what I didn’t tell you is that he also had rubber bands around the cocking knob, pulling it back into tight contact with the top hat. If he didn’t do that, the velocity would have fluctuated wildly.

AirForce now fits the top hat to each rifle they ship, so the cocking knob is in tight contact when it’s rotated into the notch on one side. In fact, sometimes the cocking knob may only rotate to one side because this fitting is so tight. They take this extra step to ensure greater shot-to-shot consistency. Leave it where they put it, and you won’t have any dud shots.

Forget the chronograph!
One more comment. Some owners don’t even shoot their rifles at anything. They just chronograph all their rounds to see if they like the gun or not. That is not the way to shoot these rifles. Get away from the chronograph and start punching holes in targets. Find out what you can do downrange before you look at the numbers. I can’t even tell you what velocity my Condor produces with the pellet and power setting I use, but I have long-range groups to prove it does the job. Putting holes in targets are what these rifles are all about – not producing graphs in spreadsheets!

Changing the barrel
I suspect the reader who asked me to show the barrel change doesn’t own an AirForce rifle, yet, because the procedure is pretty simple. Owners will have figured it out within minutes of handling their new rifle, but I think this reader wanted to see if he could do it, so I’m showing all the details.

The barrel in any AirForce air rifle is held in the frame by two bushings. They have been made of Delrin in the past, but today they are made of aluminum. The following applies to all AirForce rifles. Early guns had two screws per bushing, but then AirForce went to a four-screw system. Whether you have two or four screws holding the barrel in place, the accuracy is exactly the same (I’ve tested it hundreds of times!).

I always remove the air tank, to make the rifle easier to handle. I also make sure the rifle is uncocked. The forearm comes off first with one Allen screw. 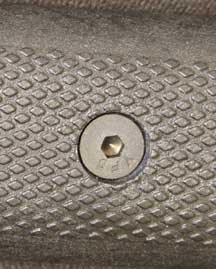 The forearm comes off with a single screw. When putting it back, don’t over-tighten this screw or you will jam the trigger!

Next comes the muzzle cap. Another single screw that doesn’t have to be removed – just loosened. The cap slips out easily. 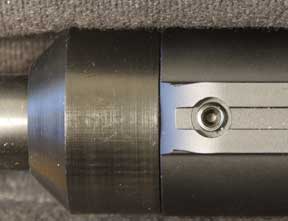 The end cap screw is loosened, and the cap slides off the barrel.

With the forearm off, you can see both barrel screws in the bottom channel of the frame. Remove both, then flip the rifle on its side and remove the other two screws. My Condor is very early, so the two side screws are very short. They’re 1/8″ long and just touch the barrel bushing. Current guns (all models) have longer screws that go all the way through the bushings to touch the barrel. Either way, remove them both. The barrel now slides out the front of the gun. Total time? About five minutes.

With the forearm off, you can see both bushing screws. Remove them. 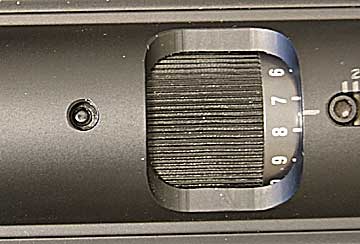 When the two bottom bushing screws are out, flip the rifle on its side and remove two more bushing screws. The rear one is located just ahead of the power adjust wheel. That’s the screw on the left in this picture. The other screw is not shown here. 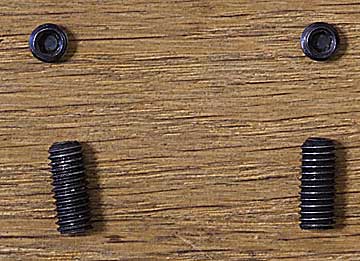 Once the barrel is out, that’s a perfect time to clean it. Most people will want to replace it with either a different caliber or a different length. AirForce sells Lothar Walther barrels in .177, .20 and .22 calibers in the 24″ Condor length. If you install a shorter barrel, the power will drop, however that’s what I’m going to show you because it’s a trifle more difficult.

Installing a short barrel
The 24″ barrel sticks out of the frame in front, making a convenient handle for positioning the barrel bushing screw holes when installing a barrel. What if you want to install a 12″ barrel? That shorter barrel will be recessed about 4″ inside the frame when the bushings are aligned with the screw holes, so you’ll need a dowel rod or broom handle to push it into place.

The 24″ Condor barrel is longer than the frame of the rifle.

The 12″ barrel is harder to install because it fits deep inside the frame. You’ll need a pushing tool to align the bushing screw holes.

One alignment tip. The thin end of the barrel is the breech, and it has to pass through the sliding breech cover attached to the cocking knob. If that cover isn’t aligned, the barrel will stick and refuse to go all the way to the point that holes in the bushings are aligned. The solution is to move the breech cover until it aligns with the barrel. Here’s a maintenance tip: The rear of the barrel holds the breech cover in alignment. Two o-rings are inside the cover to seal the barrel during firing. When installing a barrel, it is an excellent idea to apply some silicone grease to the breech (the thin portion of the barrel) so those two o-rings get lubed. They’re lubed at the factory with a long-lasting o-ring lube as the rifle is assembled, but don’t miss a chance to lube these two o-rings when you can. 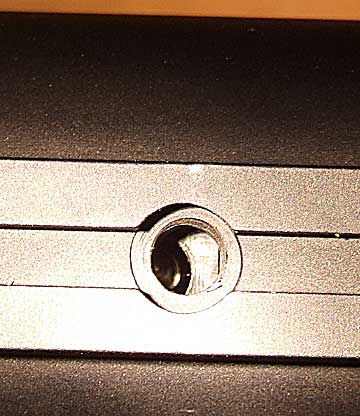 I’ve left the barrel bushings slightly misaligned so you can see the bushing holes. They must line up before you install that first screw. 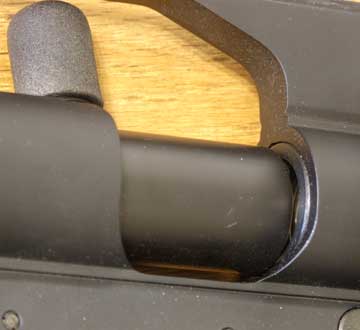 I’ve purposely allowed the breech cover to become misaligned to illustrate it. The cover has to be aligned so the barrel breech can pass through. Otherwise, the barrel will jam before the screw holes in the bushings align.

Has the zero changed?
The zero changes every time the barrel is removed. However, the AirForce concentric bushing design pretty much guarantees that each new barrel will be close to where the old one was. They don’t make as big a deal of that as they should, but I make dozens of barrel changes a year and notice how close it is to zero each time. I also slide the scope on and off the mount on the gun and it’s easy to zero, as well.