Certain readers have been after me to review the Gamo Big Cat for close to a year, and today I’ll start! I’m already impressed by the current crop of Gamo rifles, as evidenced by my 8-part report on the Whisper. When I opened the Big Cat box, it gave me the same instant appeal–a lightweight air rifle with a stock made for adults. There are no high cheekpieces, no thumbholes or oddly shaped pistol grips to contend with. It’s simply built right. If you enjoy a Winchester 1894 or a 1903 Springfield, the Big Cat just may be the spring-piston breakbarrel for you.

Wanna know another reason I’m looking at this air rifle? Because, as of this morning, it has 50 reviews on the Pyramyd Air website and an overall rating of 4.5 stars! That’s incredible! There are guys who wouldn’t give a five-star rating to a million-dollar cash prize and a date with Cameron Diaz. They’d complain about the taxes and having to get dressed up! So a half star down from the top IS the top on our survey. And I wanted to see just how nice a $140 scoped spring-piston rifle could be.

You’re going to have to take the scope with the rifle because that’s the only way it comes. There are no open sights on the gun. I think a good analogy for the Big Cat is a Whisper without the silencer. It’s about a pound heavier at just over 6 lbs., which makes it a featherweight spring gun in this power class. It has a synthetic-jacketed barrel that’s sculpted with deep flutes running nearly the full length of the barrel. The dark gray synthetic stock is a smooth with a pebble finish on the forearm and pistol grip. The butt has a thick, black ventilated recoil pad that grips your shoulder well. I like the low cheekpiece and comb that allow me to get down on the gun when I’m aiming.

The scope rail grooves are cut into the mainspring tube, and Gamo drilled a rear scope stop hole–bless their hearts! So any scope mounts that have a vertical scope stop pin will work. This airgun has the earmarks of a very well-designed spring rifle.

The trigger
I have to comment on the Gamo trigger on this particular test rifle–and maybe this is happening on all Gamo rifles these days. Although the design doesn’t seem to have changed, the finish of the parts has improved significantly. That means the creep that used to be there is reduced by quite a lot. This Big Cat’s trigger is a very crisp two-stage unit that worked just as well right out of the box as a vintage Gamo trigger with several thousand shots on it. The second stage still has some creep, but the overall performance is many times better than other Gamo triggers I’ve tested.

The trigger on my test rifle breaks very consistently at 4 lbs., 3 ozs. And that’s when it’s brand-new. No doubt it will drop a few ounces and smooth out even more during the break-in.

The safety is manual, thankfully, so all you do is cock, load and fire the gun. But Gamo has installed an anti-beartrap mechanism that prevents firing the gun until the barrel is closed, so de-cocking isn’t possible. In this litigious age, that feature is almost mandatory.

Cocking
And cocking is another revelation I must share with you. The Big Cat has an articulated two-piece cocking link that lets the barrel break back to an extremely acute angle. The result is a long, easy cocking stroke. Gamo engineers have obviously studied their physics and applied them to the geometry of these new rifles.

The powerplant has very little in the way of vibration during the firing cycle. Things are over quick, and the rifle is quiet afterwards. I can’t help wondering how it would be with an Air Venturi Ram Air gas spring installed, but I have nothing but praise for the way it works in factory trim.

The scope
The 4x scope is a cheap one, as you knew it had to be to allow the package to sell at such a low price. That said, the scope seems clear and will certainly do the job until you’re ready to spend money on something more expensive. I’ll use it for the accuracy test, so you can see its capabilities. And please don’t ask me to repeat the test with a more powerful scope so you can see the incremental improvement!

The two-piece scope mounts have caps with two screws each, but they seem more robust than average mounts. They have the required vertical scope-stop pin and come attached to the scope. All you have to do is attach their bases to the rifle and tighten the base screws–not more than a 5-minute job for a new shooter.

What are you saying, B.B.?
Just so you’re clear on this, I’m saying that now that I’ve handled the Gamo Big Cat, I’m beginning to understand why it got such a high rating from so many shooters. I’m saying that if you’re in the market for a budget breakbarrel, the Big Cat MIGHT be one to consider. I’ll reserve the final judgement, just like the rest of you, until I see the numbers and the targets. But I have a hunch this is a good one. 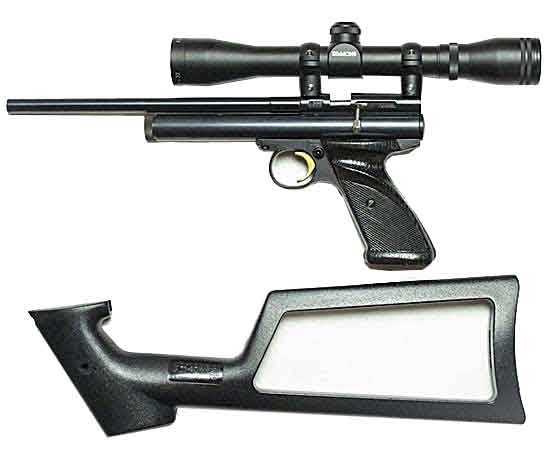