Before we start, there’s a new video article posted. It’s the footage I shot at the 2009 Little Rock Airgun Expo.

We have Vince to thank for today’s blog, because he tuned the gun I’m about to show you. Before I get to that, however, some history on the gun and how I came to have it. This is a cheaply made breakbarrel spring rifle from the post-war era. It has the name IMC Pioneer on it, which led me to think it was Chinese at first, but it’s actually Romanian. This one bears the date 1979.

Romanian spring rifle is youth-sized and easy to cock.

In all ways, this is a small air rifle. It’s 37.25 inches long with a pull of about 13.25 inches. The barrel is 15.25 inches, though the last four-tenths is just a muzzlebrake. The gun weighs 4.25 lbs., and the cocking effort is just 9 lbs.–making it the lightest cocking effort I’ve ever measured. Without a doubt, this is a youth air rifle.

Yet, it has a rifled barrel. And sling swivels. And a manual safety. And sights adjustable for elevation. These are all things I wouldn’t expect to find on a kid’s gun. 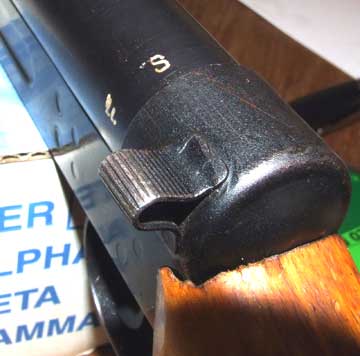 The safety is manual and rotates to apply.

The breech detent is a ball bearing, and the breech seal is a standard o-ring. At least, that’s what it is today. Who knows what left the factory?

Rear sight is simple but easy to adjust. Windage can also be adjusted by drifting the sight in its base.

I acquired two guns from a gun store that had no idea what they were. Since then, I’ve seen 8-10 more at Military Gun Supply in Ft. Worth. All of those had their front sight posts clipped off, so it doesn’t appear to be an accident. One of the two I acquired also had the front post clipped off. 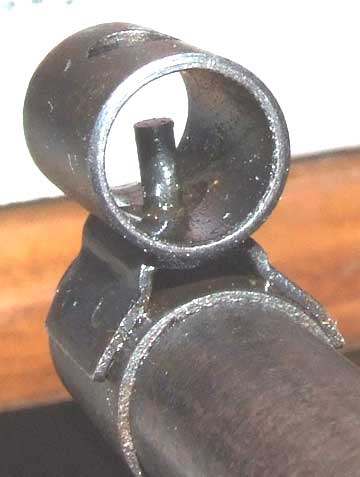 Front sigtht is a simple post. On most of the examples I’ve seen, the post has been cut off.

I thought about fixing one of these up here on the blog until I realized the job was probably beyond me. So, I asked Vince if he would take a look at them. He consented, and what I will now evaluate is the gun he sent back to me.

Both rifles were shooting high, and Vince concluded the breech lockup was causing the problem. He worked on this one to correct the problem, and I’ll find out where the rifle shoots when I test it for accuracy in the next report.

Obviously, this isn’t a powerful air rifle. Before Vince looked at it, it buzzed a bit when fired. He told me the piston seal is a soft rubbery material instead of the leather I assumed would be there. He had already worked on a Pioneer for Wayne, so he knew something about them, but naturally mine gave him new problems to tackle. So, let’s see what he was able to do with it.

Gamo Match
The rifle averaged 418 f.p.s. with Gamo Match pellets. The range was from 401 to 430. I suspect the lube job hasn’t fully broken in yet, and this is much faster than I expected.

RWS Basic
With RWS Basics the average was 425 f.p.s. and the spread was from 416 to 432. That’s a tighter spread and still quite a bit faster than I would have thought.

These rifles are showing up everywhere in the firearm channels. I see them offered for $30 in Shotgun News, and that’s the same price I see in the gun stores. I paid $20 each for my two because they just wanted to get rid of them.

By contrast, the Chinese Pioneers are worth about $15-25. They’re also crude breakbarrels, but larger and more powerful than this one.

Next time, I’ll shoot for accuracy. There’s no easy way to mount a scope, so this one will be open sights all the way! Thanks to Vince, we have an unusual air rifle to evaluate. 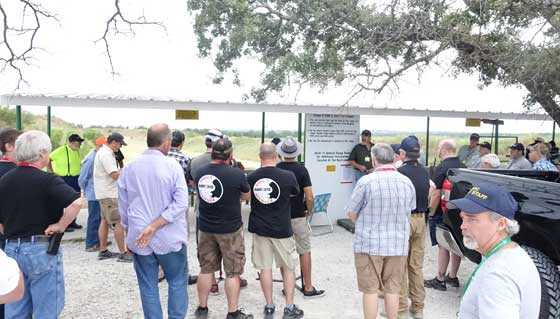 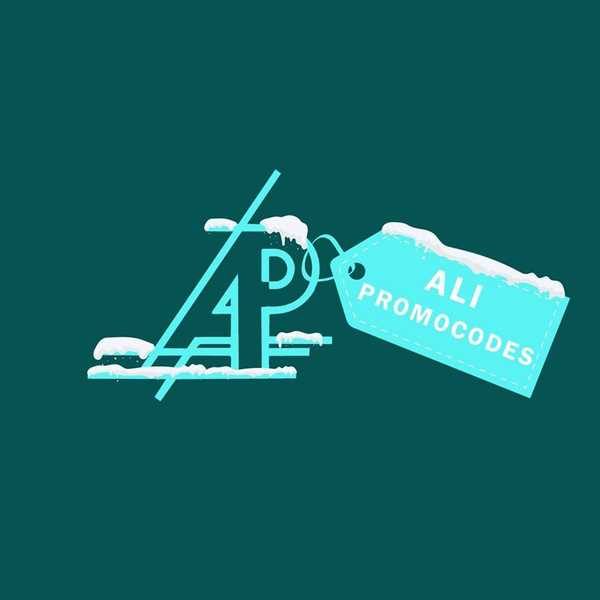