Home > Blog > Education / Training > What is coming to the world of airguns?

What is coming to the world of airguns?

Today being Friday, I want to give youse guys something to talk about all weekend. As for me, I’m in the Catskills, filming new episodes of American Airgunner.

Coming soon
Well, Crosman has a PCP pistol that’s going to hit the market pretty soon, which I mean by Christmas. If not by then, certainly early next year. I shot it while in New York and it’s both powerful and accurate. Imagine a 2240 with a longer barrel and reservoir tube. I was able to cut weed stems at 23 yards when shooting in the Creedmore position. Imagine this thing as an affordable air pistol! Look for 12 foot-pounds.

I expect an affordable electric compressor capable of filling an air rifle to 3,000 psi by the SHOT Show of 2010. I expect it to run on both 110 house current and 12-volt car current, and it should take just a few minutes to fill a standard-sized PCP like a Hammerli Pneuma. Best of all, I expect the retail price to be at or below $500.

In a couple of years
There’s a new type of powerplant on the horizon. I expect to see it in production within the next couple of years. Performance will be equal to certain centerfire firearms. It will revolutionize the world of sporting airguns when it comes to market.

The world of spring guns has not come to a standstill. With guns like the Chinese AR1000 and all of its derivatives on the market, I know we have not yet reached the end. I remember spring rifles that many of you have never seen. Rifles like those from Ivan Hancock. His powerful actions were as smooth as butter, yet they delivered the greatest power in their class. I expect to see another round of rifles just as nice but manufactured rather than hand-built.

On the far horizon
Many people think 10-meter airguns have gone as far as they can, technologically. I disagree. I believe there’s room for a novel new type of sight for air pistols that makes them much easier to shoot. Remember the success of bicycling’s world hour record holder, Graeme Obree (a.k.a. The Flying Scotsman), who set the racing world on edge with his homemade bicycles and the “Superman” riding style that has now been banned?

I believe that a novel new sighting system along the lines of the aperture system used on rifles could have a huge impact on air pistol competition.

There’s no good reason that PCPs are as expensive as they are. When Crosman brought out the Benjamin Discovery, they shattered the PCP price barrier. Oh, the Chinese already had a cheap PCP, but it wasn’t what I consider a credible gun. The Disco showed the world what can be done. Well, I know a secret. We haven’t gone as far as it’s possible to go, yet.

In the world of engineering, there’s a process called a Pareto analysis in which you study a design to do more with less. This process is so successful that it is at the heart of “Japanese” management, which is nothing more than allowing the people closest to the operation (the worker bees) to have a large hand in the design. A Pareto analysis could be done on the Disco that could yield remarkable savings.

I think we have not yet discovered the best relationship of spring load to power and cocking effort in spring guns. I look for a 20-25 foot-pound rifle in the future that takes only 30 lbs. to cock.

We DEFINITELY haven’t seen all the optimum pellet designs, yet. I believe there’s a great long-range pellet on the horizon. In fact, I’ve been working on one, so I know that something is being done in this department.

So, that’s my look at what I think is coming in airguns. Now, tell us what YOU think! 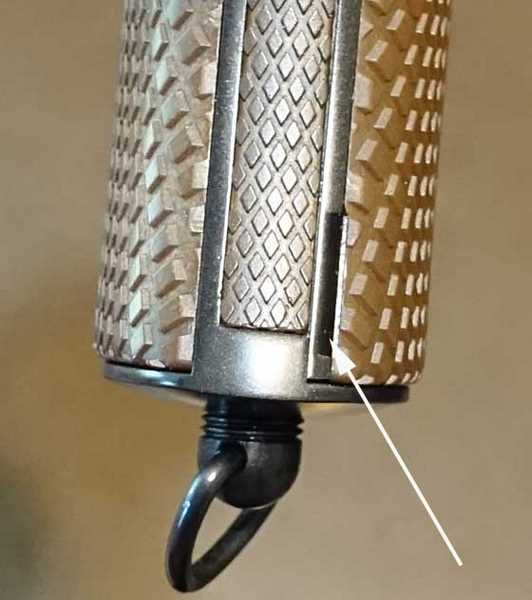