If you’re interested in getting a Daisy No. 25 BB gun, Pyramyd Air now sells the new version.

The first look at Daisy No. 25 pump guns was an eye-opener for me, as I’m sure it was for a lot of readers. Most airgunners know the difference between the 5- and 6-groove wooden pump handles and that the engraved model was first made in 1936, but that’s about it. We’re looking way down in the details, to separate small manufacturing differences that can sometimes pinpoint a gun’s date of manufacture to only one or two years.

Just a reminder that Daisy never threw away anything, so it’s entirely possible to encounter a gun with what are certainly 1920s features, yet it also contains a 1915 item as well. And when it comes to things that can be taken off the gun, like stocks and shot tubes especially, it’s all up for grabs. It’s very similar to putting an M1 Carbine together with all matching parts, when the reality is that there probably aren’t that many, if any, in existence because of arms-room parts swaps over the years. Show me a matching Carbine, and I’ll show you a put-together project gun. And so it can be with the No. 25, so keep that in mind.

In Part 1, I concentrated on the very earliest No. 25s. Today, we’ll jump forward and look at the guns made from 1916 to 1930. These are both the short- and long-throw levers, as well as the guns with the pump lever rod welded to the barrel.

Triggerguards
I used to think that the guns with the squared-off triggerguards were made before 1925, but John Steed’s research and subsequent pamphlet taught me that the rounded sheetmetal strap triggerguard didn’t come into production until 1930. 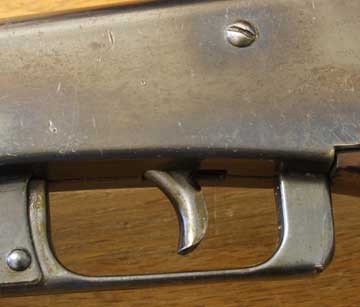 The triggerguard was squared-off and made of folded metal from 1914 to about 1930. 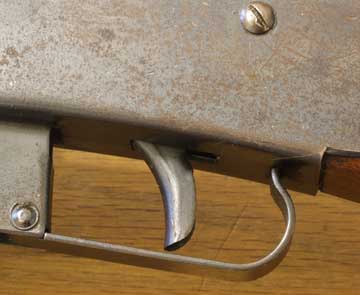 In 1930, the triggerguard was rounded at the back and made of a flat sheetmetal strap.

You may think I’m being very detailed in my look at 25s, but the truth is that I’m only touching the high points. I could talk about the shapes of trigger blades, too, because that changed a lot over the years. In fact, if you look at the triggers in the two photos above, you’ll see that they’re different. I could also talk about rear sights, because they went through several transformations, as well. I’m not going to do that, though, because I want to keep this report manageable; but I do want you to know there’s a whole other level of detail about these guns that I’m not giving you. 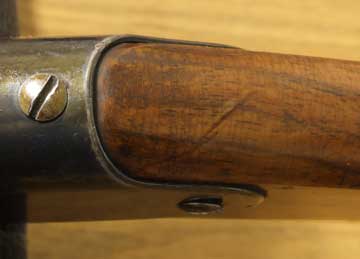 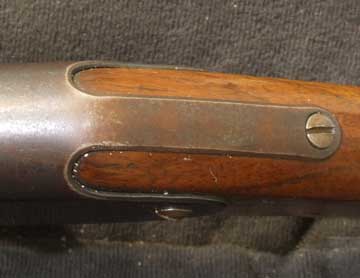 However, I was once fooled by a claw-type mount advertised on an internet auction. You know the type–where the pictures are all long shots and all the closeups are out of focus. Sometimes, people don’t know how to use their cameras, but other times they do it to deceive, which is what happened to me. I bought a post-1930s-type No. 25 with a claw-type mount for the pump rod. When I received the gun, it was obvious the welded mount had broken and someone had simply used a claw-type mount to make the repair. Because of the artful trickery of the photography, I always felt cheated by this deal.

That was the event that ended my collecting of the No. 25. I reckoned I had all the major types, and I was through trying to own one of everything ever produced. Since then, I have slowly been selling off my collection. 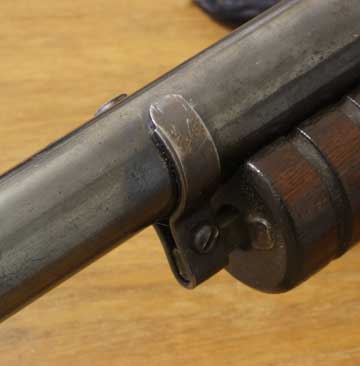 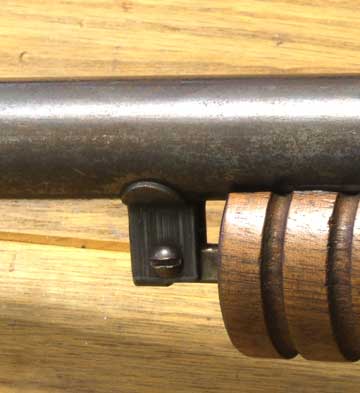 The welded mount for the pump guide rod lasted from 1930 until the end of production.

Takedown screw heads
Oh my gosh! Am I going to get down to that detail? You betcha, because the takedown screw is a big deal with No. 25s. It’s supposed to be a captive screw, but I’ve seen some that will come all the way out of the receiver. Back when I started collecting, there were only two types known–the so-called “penny head” screw–so-called because it was domed and about the size of an American penny–and the more common truncated cone. Well, John Steed managed to uncover a second (smaller) variation of the truncated cone, plus he reminded us of the special screw head on the camper model that has a saddle ring stuck through the head. He also showed us a Phillips head takedown screw that I never knew existed. 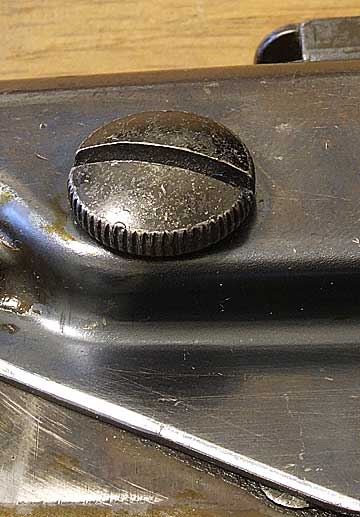 The early head on the takedown screw was the size and rough shape of a penny. 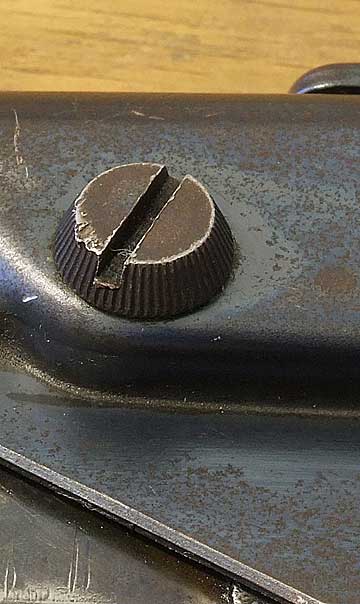 After the penny head screw came the truncated cone takedown screw–around 1927. The large head like this one came first, and was followed by a small-headed screw around 1933. There were many years of overlap on these screws between 1927 and 1938.

Stock shapes and wood
The subject of stocks on a No. 25 is confusing, to say the least. As far as wood types or species goes, Daisy tended to use walnut in the beginning, then they switched to poplar, which is also called gum. But there was also a period when they used oak, which is very striking looking. But you know what? Wood is ordered and shipped and they would use whatever they had on hand, as long as it fits. So, the straight grip versus pistol grip is more telling than the type of wood a stock is made of. Don’t forget that stocks are easy to replicate at home, so what’s on a gun is not very telling.

This is a straight grip stock made of walnut from the 1925-1930 timeframe.

This is a pistol grip stock made of oak from the 1930-1935 timeframe. These are scarce and hard to find. 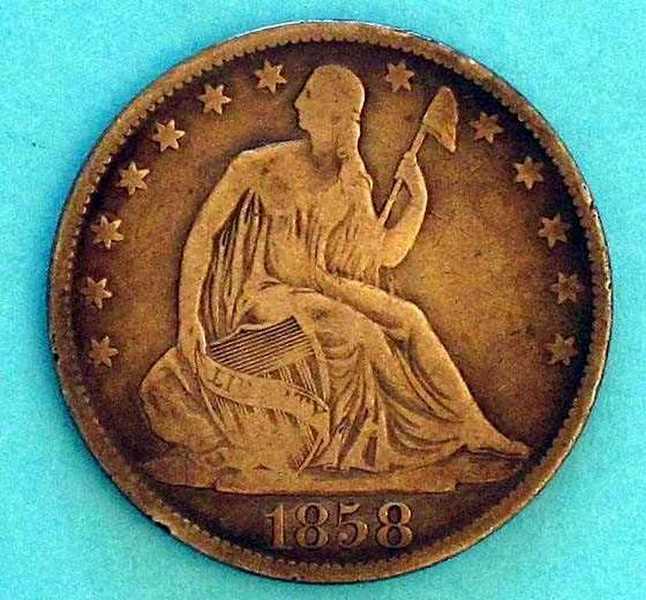