An open message to all new airgunners

Every now and then, I’m reminded of just what this blog is doing for airgunning. Now that may sound self-serving, but I assure you I don’t mean it to be.

The power of this blog isn’t in my writing, but in yours! You readers are the world’s finest panel of airgunning experts ever assembled, and you prove it every day.

Here is an example. I get a furtive (secretive) message sent directly to me from a person who, “Doesn’t want to waste anyone’s time on the blog.” Instead, he writes to me directly.

He has this problem. As a new airgunner, how does he ……… and you can fill in the rest of the question, because they have asked them all. I remember when, a few months ago, I was contacted in this way by an airgun newbie who is now one of our most involved blog commenters. I forget the question, but it was an important one to him.

Edith asked him to please come to the blog and post his questions because: (1) I was in the hospital and we didn’t know when I’d be available but, more importantly, (2) our blog has hundreds of experts who know much more about airgunning than I do.

Before you accuse me of false modesty, hear me out. I’m just one person, and I do know a lot about airguns, but certainly not everything. And if you’ve spent more than three days reading the comments on this blog, you already know about people like Kevin, twotalon, Slinging Lead, Wacky Wayne, Vince, Derrick, Kid Again, Robert from Arcade, DaveUK, Brian in Idaho, ajvenom, Frank B, duskwight, pcp4me, Fused, AlanL, Victor, Lloyd, Trout Underground, CJr, Jim in KS, David Enoch, Matt61, CYCLEALLEYRIDERS, Volvo, CowboyStarDad, my good buddy Earl “Mac” McDonald and the list goes on….I’m sorry if I didn’t list your name, but a full list of names would make this blog too large.

And these are just the current respondents. I still remember Turtle and CF-X guy from PR and ComicFan93 and dm20 and the kid from Cypress who went into the Army and rejoined us a year later when he got out and hundreds of other guys who haven’t contributed here in several years. And my point is that all of these guys are airgunners and collectively they know pretty much everything.

So, when that airgun newbie finally did start posting his questions on this blog, he met dozens of helpful, friendly airgunners who were more than willing to advise him on each of his questions. Today, he has a battery of friends who look out for him, including my wife, Edith.

But that’s not the best story I can tell you. The very best example of the power of this blog is Wacky Wayne Burns, the Match Director of the Ashland Airgun Range. I can remember a time when Wayne was positively mystified by the sport of field target. He persisted with questions about the sport to the point that Mac and I developed a course outline and had planned to run a field target clinic in Ohio for Wayne and anyone who wanted to lear about field target. We got started too late to run the course that year, so I wrote a special report on field target that Wayne read. That gave him the courage to attend some field target matches, and he saw what I had written about put into practice.

Well, he was able to take that and start a field target club in Ashland. And that club has now grown large and fine and attracts shooters from afar who like to attend a well-run match. Airgun designer Larry Durham has dubbed Wayne’s range an “airgun theme park.”

When he first came to this blog, Wayne was a total newbie, by his own admission. Today, he’s qualified to give expert consulting on the construction and conduct of airgun ranges. I may have had a hand in his transformation, but I’m not the only one. Wayne has relied on dozens of our most-involved readers to get where he is. He’s had Vince almost permanently employed at times, rebuilding and tuning the various guns he has acquired. And, I’d like to point out, Wayne was advising me to test the RWS 92 and 94 based on his experiences with them at his club.

All this has happened in about 5 years or less–probably less. It’s a perfect illustration of the power of this blog. 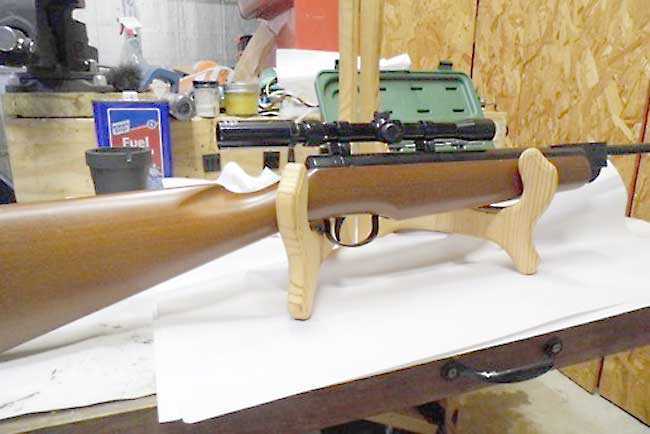 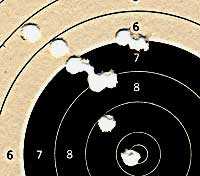