Long-time readers know that I preach about buying commercial targets made with real target paper rather than making your own. Targets that are home-printed are usually worse than useless — they actually don’t tell you anything because of how badly the paper tears.

Today, I have to amend that comment. Life is full of contradictions, so get ready for one from me. There’s one instance where I use targets that I print because they’re better than any commercial targets I’ve found.

I spend a lot of my shooting time on the 100-yard range, working on various loads for several scoped rifles. I’ve shown you the fruits of this shooting many times in the past. One time, I showed you how 10 first shots (shots fired from a dead-cold barrel) could group especially well from a Savage model 1920 rifle of mine in .250 Savage (.250-3000) caliber. The target I used for that report was a conventional bull. As long as the sun was bright, I had no problem seeing where I was aiming; but with scopes of lower power or with those whose optics are slightly muddy, all precision is lost. 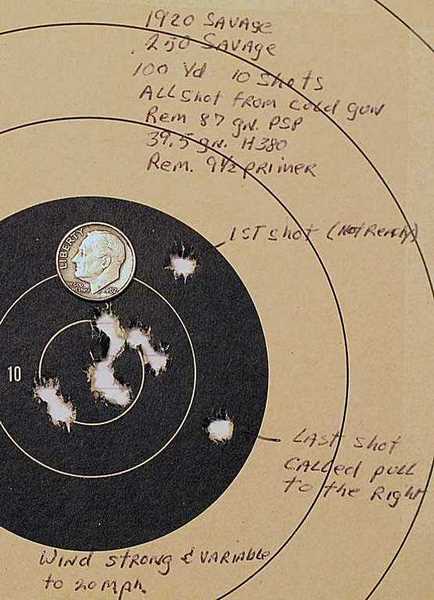 This is the group of first shots (each shot made from a cold barrel) from the .250 Savage. The bull was easy to see because the day was bright and the scope was clear; but if it hadn’t been, I would have lost some aiming precision with a black bull like this.

The target for that group is a 50-foot timed-fire pistol bull that I use for a lot of target work. It is one of the best bull targets I own for pistol shooting; but for work with a scope at longer range, it leaves something to be desired. That something is precision. You lose the intersection of the crosshairs in the black center of the bull. This target costs me around a quarter-inch in aiming precision at 100 yards, depending on the light and the scope I’m using.

All the while I was shooting at my fancy store-bought targets, my shooting buddy, Otho, was using a target he’d drawn by hand with a black Sharpie felt tipped pen. It consists of 2 rectangles — one inside the other. The beauty of his target is when you sight on it with a conventional scope crosshair, you can see precisely where the center of the inner target box is because the straight lines of the reticle define that area very precisely.

Otho asks me to shoot his rifles at his targets sometimes, so I slowly became familiar with the way his box targets work. And their obvious superiority was clear from the beginning. When shooting at one of them, I could see the intersection of the crosshairs so clearly that the exact center of the inner box was an easy point of aim. 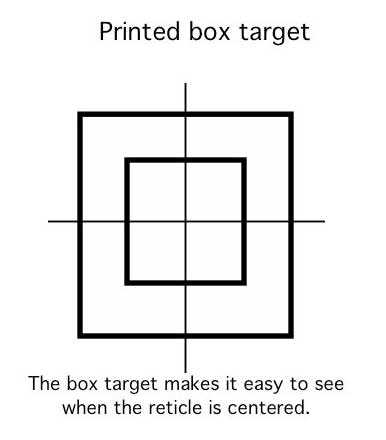 It only took a couple exposures to Otho’s new targets before I was drawing them myself — on the back of my store-bought target paper. Though my drawn boxes were not very square, my groups started to get smaller right from the start! 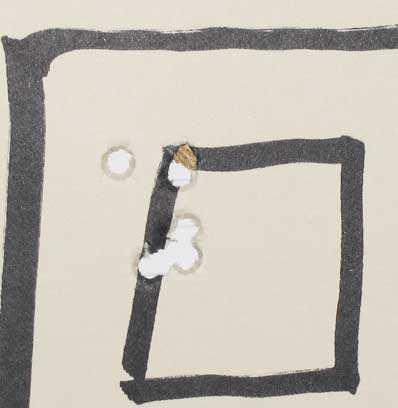 My first hand-drawn box targets were crude but still superior to round dark bullseye targets I had been shooting because I could see the center of the box with the scope’s crosshairs.

Then, Otho showed up at the range with targets he’d printed from his computer. He used very heavy card stock paper that was almost like manila folder stock, and the bullet holes were formed as well as they would be on any commercial paper target. Naturally, I followed suit. Within a couple more range sessions, I was shooting printed paper targets of my own manufacture. Now, all the lines were straight and square, and the targets were all the same size. 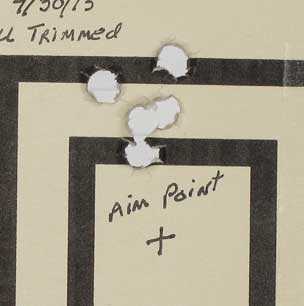 Now that the targets are printed, they’re standardized sizes and the lines are straight and square. There’s no aim point on the target when I shoot at it. I drew it in to remind myself of where I had been aiming.

I think I paid $14 for 500 sheets of this special paper at an office supply store. There are 6 boxes on each sheet, and each sheet costs 2.8 cents. Now, THAT is cheap! You have to spend some money in the beginning, but then you get thousands of useful targets to shoot at. Of course, the printer toner costs something, too, but that cost is very minimal.

This story is not about saving money. Price has nothing to do with the value of these targets. I would be touting them if they cost 10 times as much. They’re the best, most precise aim points I’ve ever seen for a scope sight. And the beauty is that you can try them for yourself at almost no cost. Start like I did, by drawing targets on stiff paper with a felt-tipped pen. That will give you the experience to know what size targets you need for various distances.

For my 100-yard targets, the inner box is 1 inch wide on the inside and the outer box is 2 inches wide on the inside. I’ve made some 200-yard targets that are about 175 percent larger than these. The lines are 8 points wide, but I’m thinking of reducing them to 4 points because a .22-caliber bullet can get lost inside the current lines. Using a 10-power scope or greater, they’re easy to see at 100 yards.

Normally I don’t believe that making your own targets is a good idea, but this is an exception. These targets are the best I’ve seen for sighting-in a scoped rifle/pistol and for shooting groups. Obviously, they lack the scoring rings that are used in competition, so they can’t replace bullseyes entirely; but for sighting-in and group shooting, they’re perfect.

Oh — you may have noticed that I titled this report Part 1. There’s more to come. As long as we’re talking about targets, I thought we should really get into the subject. If you have anything you’d like to add or see, please let me know. 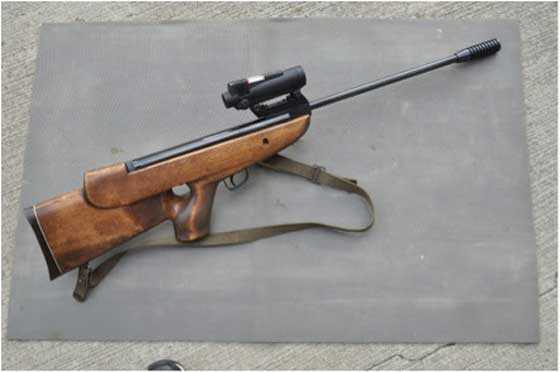 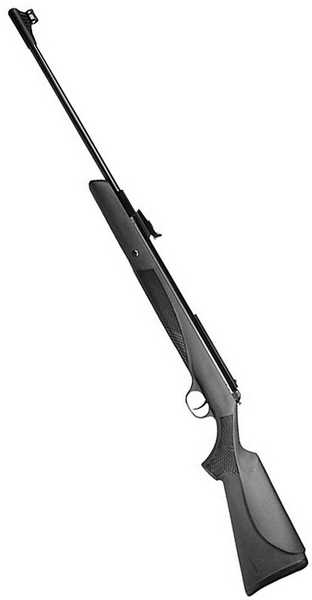 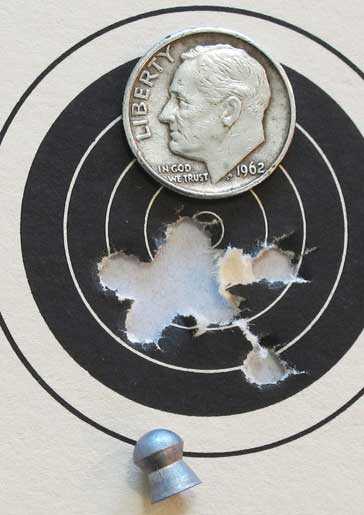