This report will be different than usual. Today I’m challenging you to design an airgun that we readers can build!

When I say build an airgun, it doesn’t have to work with compressed air. The Daisy 179 pistol is considered an airgun, but in reality it is a catapult gun.

Daisy’s 179 is really a catapult gun.

The Hodges gun of the early 1800s is also a catapult gun, and a powerful one at that. It is said to have been capable of killing medium-sized game such as feral hogs. 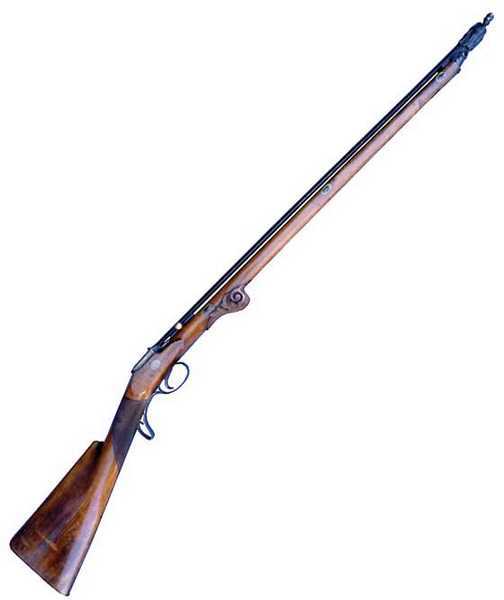 And there are slingshot “rifles” being sold on eBay right now. Unfortunately they are made in China, so they won’t see many sales in the US. But that doesn’t mean you can’t build one yourself. There are videos on You Tube about just that.

Can you build one of them? In the 1990s, when he was learning about airguns, Gary Barnes experimented with low-pressure pneumatics. He discovered that pressures as low as 30 psi were enough to drive large projectiles pretty fast — certainly over 100 f.p.s. Those kind of pressures are easily generated with bicycle pumps and they will push a heavy projectile pretty fast. They weren’t controlled by conventional triggers, but that was just a detail to be worked out.

He even built a multi-pump that ran on lower pressure — certainly no more than 50-60 psi. It reminded me of a slide trombone, and the lesson was — it isn’t air pressure that pushes projectiles, so much as air volume! The pressure was low but the volume was high, so the push was long and gentle.

Can you build a spring-piston gun?

Reader Duskwight from Moscow designed and built his Duskcomb (SP?) rifle — his version of a Whiscomb, where two pistons come together to compress the air. You get a powerful springer with zero recoil. From his reports we know that he invested thousands of dollars in his project — probably more than enough to buy a genuine Whiscomb. But he really wanted to do it and to his credit he saw it through to the end. What was better, he reported the results to us on this blog. As I recall, his rifle weighed more than he wanted, but I believe that it worked.

I don’t expect anyone to go that far, but a simpler spring-piston airgun could be made.

How about starting with a wooden popper toy? They build pressure as the parts are brought together, and I’m sure many of you have played with them. 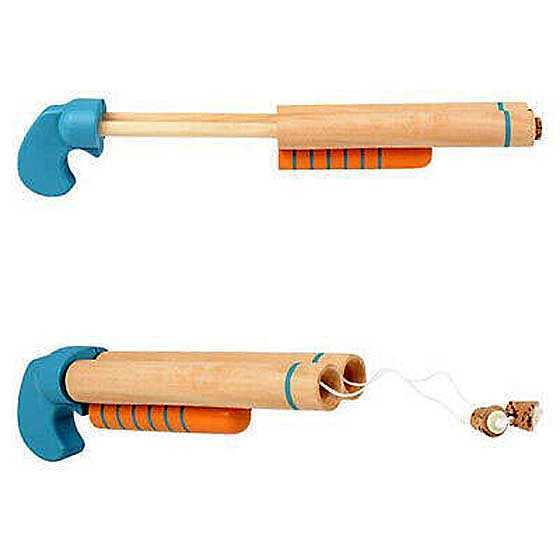 Come on — I know many of you have played with one of these.

The Quackenbush Lightning is a spring-piston airgun that uses a rubber band on the outside of the barrel to pull the sliding compression chamber against the breech to compress air. 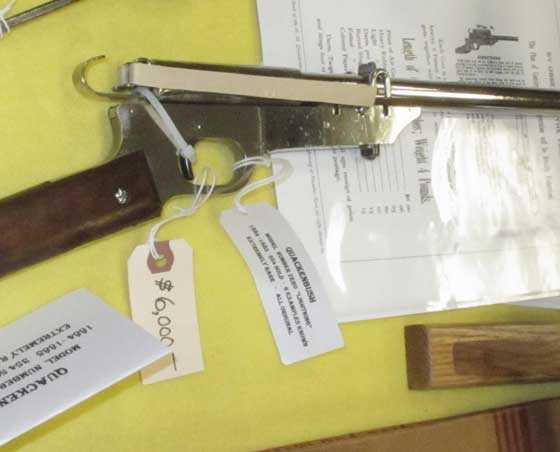 While we will allow catapults, I think we will draw the line at percussion caps and primers. They are explosives that turn our airgun into a firearm. Let’s see if we can avoid that.

I would like to turn this into a contest. The winner would be the niftiest design that the most people could build. I’ll look around for something I can award as a prize. I would also like to test your gun, so it’s got to be real.

Go to it, guys! You don’t have to submit an idea today. How about shooting for the end of September?

100 thoughts on “Design an airgun”