Remember what I said about some days these reports flow like a river? Well today it’s the Niagara river and I’m 50 feet from the top of the falls! This will be one of the strangest reports I have ever written and I just know that several of you are going to create alternate universes for me to inhabit.

Today I am testing my smart phone app sound meter. For the record it’s called Decibel X. We discussed doing this test several weeks ago, but I had misplaced my silencer and couldn’t run the test without it. Ironically, I had left it installed on the .22 bolt action rifle that was used for today’s test.

The basic premise is that when I test sound in my office, I get lower numbers because the office is full of soft things that absorb sound. When I test out in the garage that is more empty, the concrete floor and steel garage door reflect the sound, and for all I know, they enhance it.

Start in the office

I started in the office and shot all the guns once for record. I’ll tell you the sound levels for each and then show all the sound meter readings together. And incidentally, the number on the left indicates what the average sound level is in the place I am testing. The ambient sound level is low until I move and cock the guns. That brings it up much higher. In the office if a car drives by or my wall clock chimes, the average goes up.

The Diana 35 shot in the office.

.22 LR unsilenced in the office.

.22 LR silenced in the office.

Well, that was interesting. The silenced .22 long rifle cartridge is a bit quieter than the Diana 35 breakbarrel rifle. And the RAW .22 is right up there with the unsilenced .22 rimfire.

Now let’s see what these same shots do in the garage. Again I will give you the numbers and then show the meter shots.

Test in the garage

In the garage I set the smart phone sound meter up where I regularly record discharge sounds. And what I got was astounding!

Once again, the number on the left indicates the average sound level in the place where I am testing. In the garage this number stays relatively constant, but a truck driving by will move it higher.

The first shot of the 499 in the garage. I didn’t believe it, so I shot again.

Okay, something is happening that I can’t explain.

The Diana 35 in the garage.

The RAW in the garage.

The unsilenced .22 LR was the loudest in the garage, but only by a small amount.

The silenced .22 LR wasn’t that much quieter.

Well, it’s pretty clear that testing sound in the garage is a no-go. Even the Daisy 499 was loud out there! I tested it a second time, just to be certain that the first number wasn’t a mistake. Obviously it was a mistake, but it wasn’t one I was going to correct in my garage.

Look at the RAW figure. Not only is it lower out there than it was in my office, it’s quieter than both the 499 and the Diana 35. You know that can’t be true. I’m sure that harmonics are at work here (like the steel BB hitting the back of the steel bullet trap) but beyond that, I don’t want to say anything because I simply don’t know.

I do know one thing, though. I now know why sound testing in an anechoic (non sound-reflective) chamber is so important. You get nothing when a Radio Shack sound meter is used and someone has to guess how high the needle spikes.

I am as surprised as you by these results. But it seems like the numbers I get when I test in my office are closer to reality than when I test in the garage. I wouldn’t call those numbers correct, but they are probably close approximations. And the relationship between the reports of loud airguns like the RAW and quiet ones like the 499 is maintained pretty well in my office tests.

In the office I shoot into duct seal that makes very little noise. In the garage I shoot into a metal bullet trap. Big difference.

Well, I started this test with one expectation — that sounds in the garage would be louder than sounds in my office. They were — but not at all how I expected.

If anyone had tried to convince me that a Daisy 499 BB gun would be louder than a high-powered .22-caliber RAW, I would have said it’s impossible. And it is, but my garage is the wrong place in which to test sounds. That’s very clear.

So, from this point on I will test all discharge sounds either in my office or somewhere other than my garage. We will all know that the numbers I give are somewhere in the ballpark, but are not to be taken as fact. I don’t have the laboratory for that.

I hope what I’ve done here today demonstrates the difficulty of accurately assessing impulse sounds, such as the discharge of a gun.

My neighbor, Denny, who goes by the handle Sawdust when he comments here, said I now have to test the same shots in the garage while I’m shooting into the duct seal trap. It makes sense, which turns this test into a Part 1. 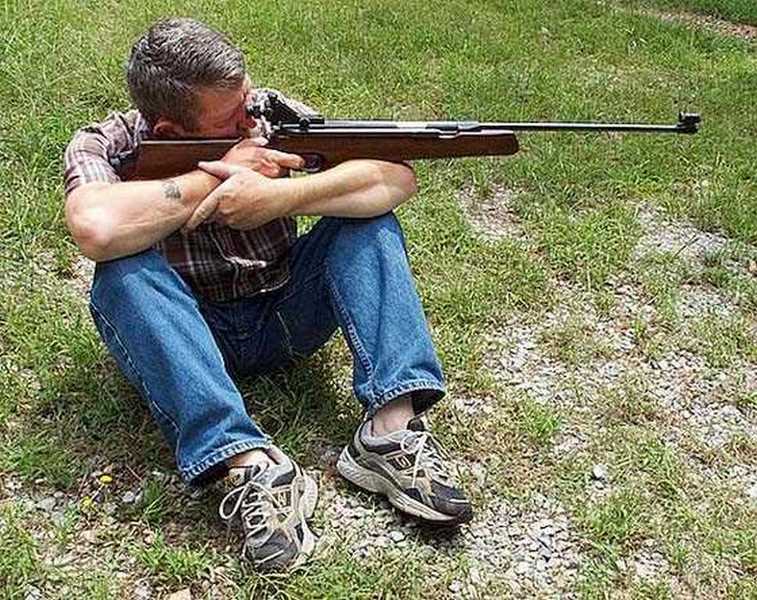