What the heck is a black powder rifle report doing in an airgun blog? Well, if you’ve been a reader for any length of time you know that it all ties in. Today we are looking at a remarkable rifle that exists because someone asked, “What if…?”

Black powder ignites very easily. What if we made a black powder rifle that used toy caps to ignite the charge?

What if the rifle didn’t use bullets, but common buckshot that you can buy in 25-pound bags for very little?

What if we made this small, for kids to use?

Well, “they” did. And it did work — or at least I think that it did. All that I know about black powder and the explosive power of toy caps tells me that it should work. I guess we’ll find out together.

Spoiler alert! I’m about to change the format of my report this one time. Because what I am now talking about is something I have talked about before — both recently and in the distant past.

Are you getting it? No? How about this?

What IS an airgun?
They overstepped the line!
Zimmerstutzen air rifles

Is it coming through yet? For centuries men have been using the power of explosive percussion systems to propel small projectiles without the use of gunpowder. And other men (and boys) have wondered whether, if percussion caps will do all that, what happens when you add gun powder? What if…?

And in the 1970s, “they” — the Rocky Mountain Arms Corporation, better known as RMAC, put it together and made three breech loading black powder arms, a .22, a .36 and a .44. BB used to own an RMAC .22, but he never fired it. He sold that one years ago to someone just like him who was captivated, not so much by the gun, but by the idea that spawned it.

The box it came in. 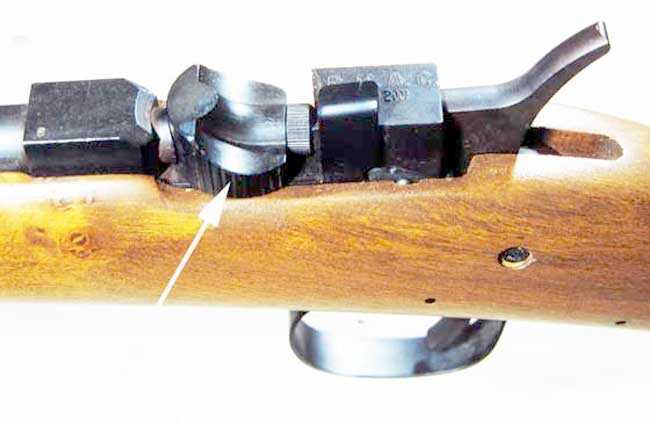 This is the breech (arrow). 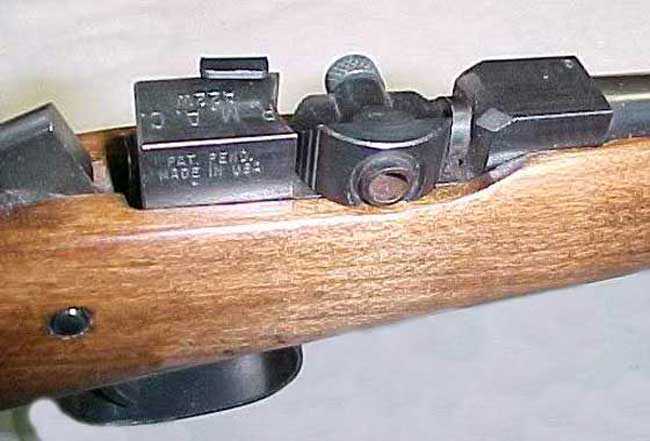 And here the breech is open.

RMAC are the guys who brought you the .454 Casull revolver. They are also the guys with the .22 rimfire revolvers that are so small they fit in a belt buckle. They were in Salt Lake City, Utah. They evolved into North American Arms Corp. of Provo, Utah.

The way this thing works is, a toy cap is placed inside a steel breech cup that is then placed over an opening the leads to the chamber. A pinch of black powder has been put in the chamber and a number 4 shotgun lead shot — a so-called buckshot size, because it large enough to kill a deer — is pushed into the chamber, in front of the black powder and the rifle is loaded. When the cap explodes, the force is sufficient to set off the black powder in the chamber which then explodes and drives the number 4 shot out the rifled barrel at high velocity. At least that’s the theory. 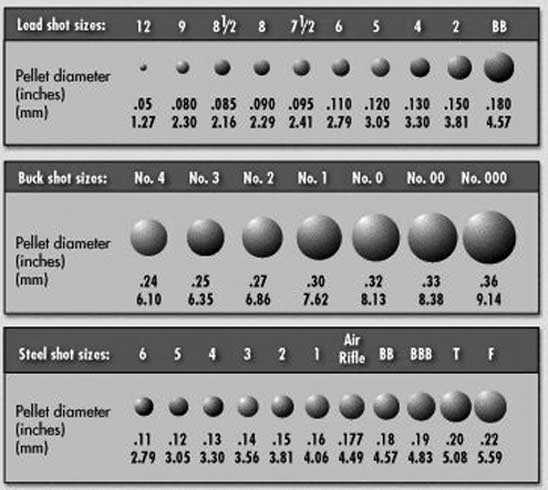 If you have been a reader for several years, you have encountered this chart several times in several different ways.

The RMAC directions say to use 5 or 6 grains of 4F or 5F black powder. I never heard of 5F, but it must be extremely fine, because 4F is used to prime the pans of flintlocks.

However, if you wanted to you could use 1-3/4 to 2 grains of Bullseye, which is a smokeless powder. Usually you are warned to never use smokeless powder in a black powder rifle, but RMAC says they proofed the gun with a double charge of it.

Toy caps exist in all shapes, sizes and power levels. We discovered that when we started reloading rimfire cartridges, didn’t we? And the bigger/hotter bang produces the more reliable ignition for the black powder. So before long, RMAC was specifying and even selling toy caps for their guns that were “right.”

And RMAC told you to cut each cap out round with a paper punch. “A whaaaat?” asks the millennial. A paper punch. You’ll find it in the center desk drawer, next to the whiteout. 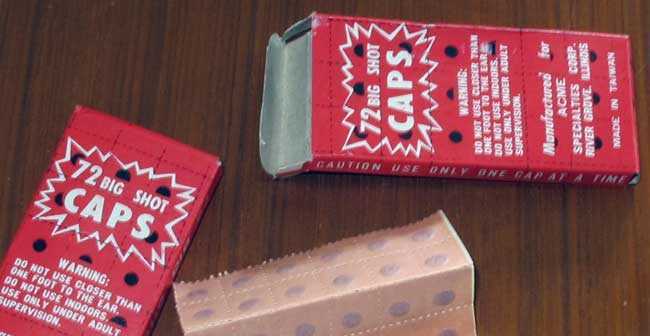 These caps were sold by RMAC and were “right” for their guns. You’re shootin’ Big Shot caps!

I was recently offered the opportunity to purchase an RMAC .22  like new in the box. I bought it from Dennis Quackenbush who was the original owner. It came with all the paperwork and stuff

I will get into all the particulars as we go, but for now let me show you what RMAC gave you and a page from a 1973 Shotgun News where this rifle was advertised. 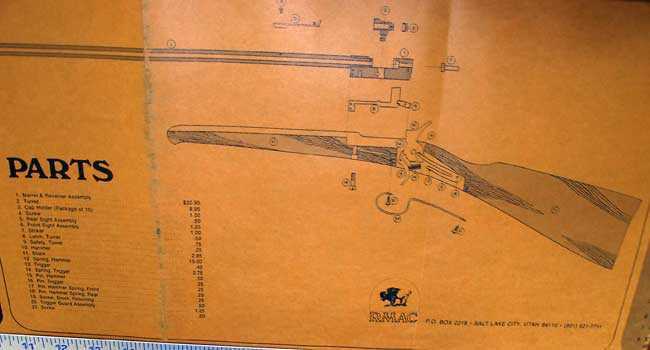 Remember the days when you got parts lists like this? 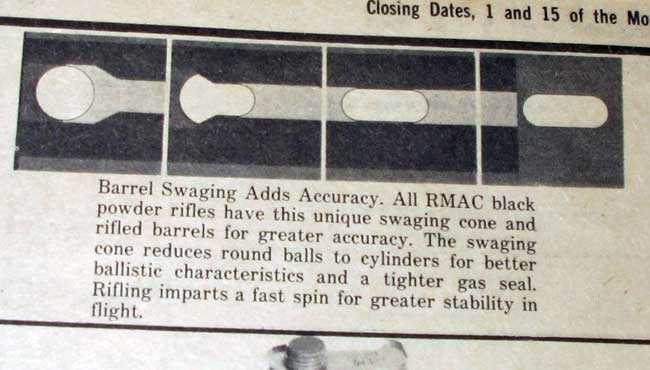 The RMAC secret to their breathtaking accuracy.

The difference between this rifle and the one I owned before is — I’m a-gonna shoot this one! We will find out together just how accurate and fun it is! I note that the boy on the box sleeve is shooting his without safety glasses, but I think I will wear mine — black powder being explosive and all that.

We have a chance to look at something that couch commandos reinvent every decade or so. But this time we have the real deal. This should be fun.