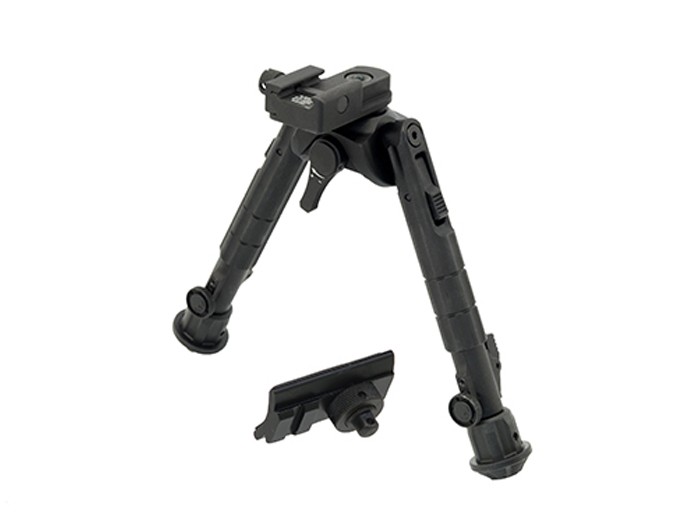 Solid construction. Like the swivel/tilt feature. Mounts securely to my Condor SS. Perfect

Nothing , besides the fact I only ordered 1 but received 2 in different boxes lt does not lock . It is terribly made . Right now it is an expensive paperweight . Also I have called 3 times with no answers or call backs . You are fast losing a customer that has spent 3 to 4 thousand dollars in the last 6 months .

Make it where it will lock tight and hold my Impact up like bipods are supposed to !

Beware of the quality !