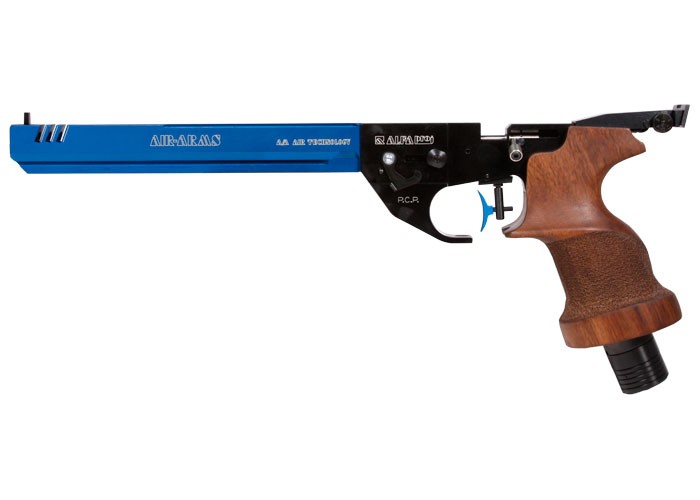 everything !! I have a FWB 65 I bought in the 70's that has been in my safe for many years . I saw the ads for the Morinis and that sparked my interest in indoor 10 mm shooting. I started shooting my FWB 65 and it still shot way better than I could shoot. I am 74 YO and cocking the 65 was a chore. I came across the Alpha at half the price of the top of the line guns. Since I have a scuba and a CF tank for my Marauders I pulled the trigger on the Alpha .So no problems just fun.

You have to buy the decided grips . It really needs a pressure gage >

Check it out your self

I like the adjustability of the sights. This a very light pistol.

The grip is not sized for an adult with a large to extra large glove size. I adjusted grip by carving by taking over half of the ledge where the heel of my hand rests off. I had to knock down some odd ridges on the front of the grip. Much better now but it still needs more work. I gave accuracy two stars because of the grip, just can't get a repeatable comfortable grip.

The left hammer button fell off (fixed with blue loctite) and the breech bolt also fell off (blue loctite). The number of shots per fill seems to be dropping. I think this because when I twist and wiggle to get the fill adapter off the air reservoir was incrementally unscrewing. Now I am careful to turn the adapter clockwise only when removing the adapter. The reservoir seems to be snug and I'll monitor shot count.