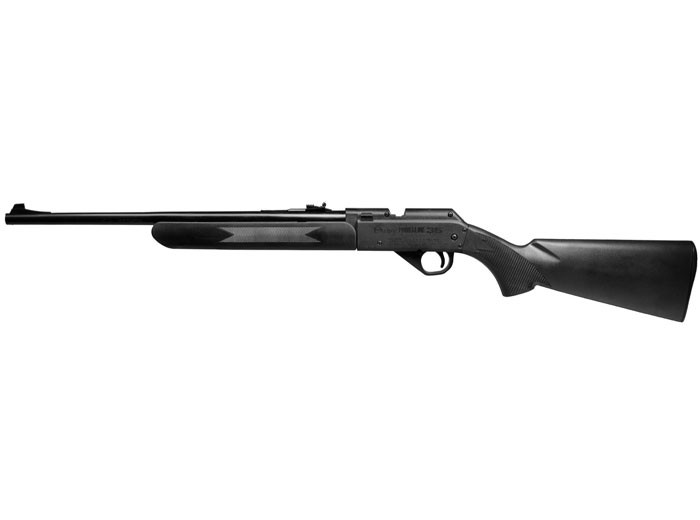 Can use both pellets and BBs. Light weight. One of the easiest guns to pump. Good sights. Fairly accurate. The trigger and loading setup is exactly the same as the Powerline 880, so as the user grows older, moving up to the 880 should feel natural. Good size for 10 and up.

Offer something with a slightly shorter stock for the under 10 users. An easier way to load pellets would be great.

This rifle was purchased along with a Crosman Pumpmaster 760 for an 11 and a 7 year old, respectively. I tried them both out and here are my observations. The Daisy 35 is slightly longer then than the Crosman (34.50" vs 33.50"), and tad heavier (3.1 lb vs 2.75 lb), but they both handle about the same. They have the same power. The Daisy holds more BBs than the Crosman (50 vs 18). BBs are much easier to load in the Daisy than in the Crosman, which requires one to hold the gun facing down, shake it by twisting the wrist to let the BBs fall in, and then lock them in place before loading the next shot. Loading a pellet can be a bit tricky in the Daisy, requiring one to pull the bolt back just enough to load the pellet, but not too far or a BB will be in there first. The Crosman requires the use of a magazine (provided) that holds five pellets and isn't too hard to use once you get the hang of it. Still, it feels like you are doing double the work with loading the magazine first and having to move it after each shot to load the next pellet. The biggest difference between the two is the pumping of the gun. The Daisy is so easy to pump its impossible to put down. The Crosman, by comparison, is the hardest one I've used. So it should come as no surprise that someone has to pump the Crosman for the 7 year old, while the 11 year old can handle the Daisy just fine. By the way, if size does become an issue, do invest in a set of rifle rest bags or consider the Daisy Buck 105.