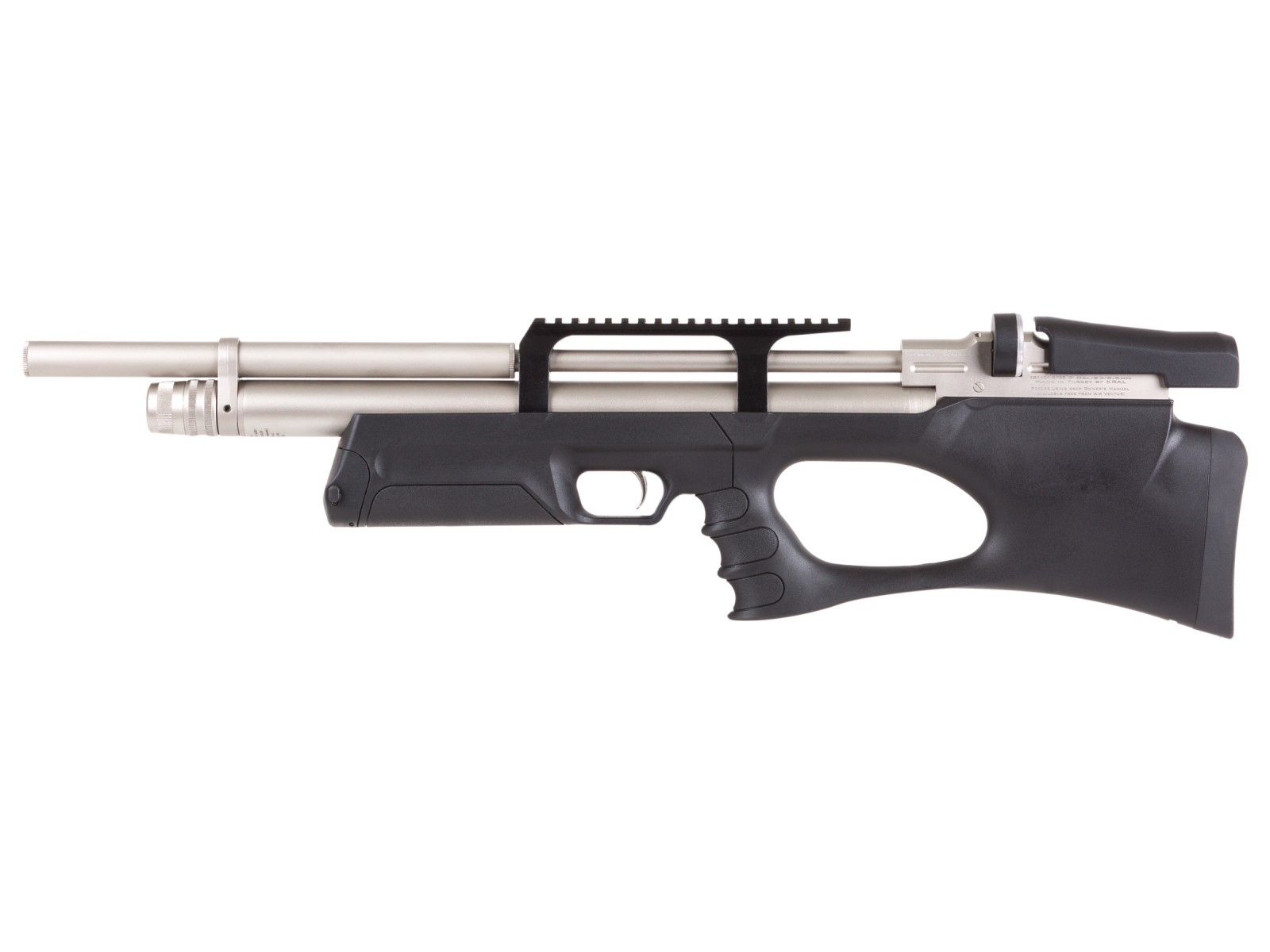 The Kral Arms Puncher Breaker Silent Marine caught my eye because I'm a longtime bullpup user, the black and silver color combo rocks, and the design of the rifle is something that I could tinker with. I modified mine by removing the shroud, suspending the barrel, and adding a DonnyFL Ronin suppressor. It sits on a Leapers/UTG Recon 360, and not only is it whisper quiet now, the accuracy is amazing! Even though I am indoor bench-rest shooting through winter, I've still shot it off-hand, and it shoulders perfectly. Weight distribution is great, and even though the cocking/charging-handle is at the cheek position, I adapted quickly. I have a Nova Freedom .22 and a Hatsan Gladius .22, and those are two fantastic guns.. After shooting the Puncher Breaker though.. The others just sit impatiently waiting for their turns. It's just that fun! Overall, price to performance - These things are hard to beat. *Fingers Crossed* That nothing breaks, but so far.. I Highly recommend them!

I really had to think about this one.. MY rifle setups always have two things in common: *Adjustable Cheek Combs & *Adjustable Buttplates. If they don't, I'll customize and/or modify them to. The Puncher Breakers here in the US [at least these models] are fixed. Lucky for me, I can use Med. height rings, and the scope is dead on. I do wish that I could adjust the buttplate up/down though. Just a bit. Kral does have an adjustable buttplate that fits these, and comes on a few models, however, they aren't available in the US [yet] and even after e-mailing Kral Arms directly, they don't seem to answer. So, it is what it is. Aside from that? I really wouldn't change a thing.

I've been shooting precision / target for about 25 years now.. In that time, I've shot a LOT of different rifles, and a bunch of bullpup specific models.. [powder burners included] The Puncher Breaker is seriously one of my favorite rifles to use. It's just the perfect combo of size, weight, feel, the design is nice, shot-count is impressive, and the accuracy I've been getting is absolutely amazing! Stacking pellets on pellets over and over again. I'm a big fan of air rifles that offer power-level adjustments, and the power-dial on the Puncher Breakers offer just that.. For indoor shooting, I've been firing at 1/2 power, and actually, that'd probably be great for small pesting too.. For outdoor shooting, they'll crank up to full power to really reach out and touch a target at long range. IMO, that's a must. **Fill Probe Compatibility** I have a Hatsan Gladius probe and a Kral Puncher Breaker probe. Both will interchange with each other. Just so others know. =)

Wouldn't know,Never owned one that worked

I put 6 pellets through it to sight it in. After that,it wouldn't hold air. I sent it back TWICE for repair and received it back with the same problem. I guess you get what you pay for.