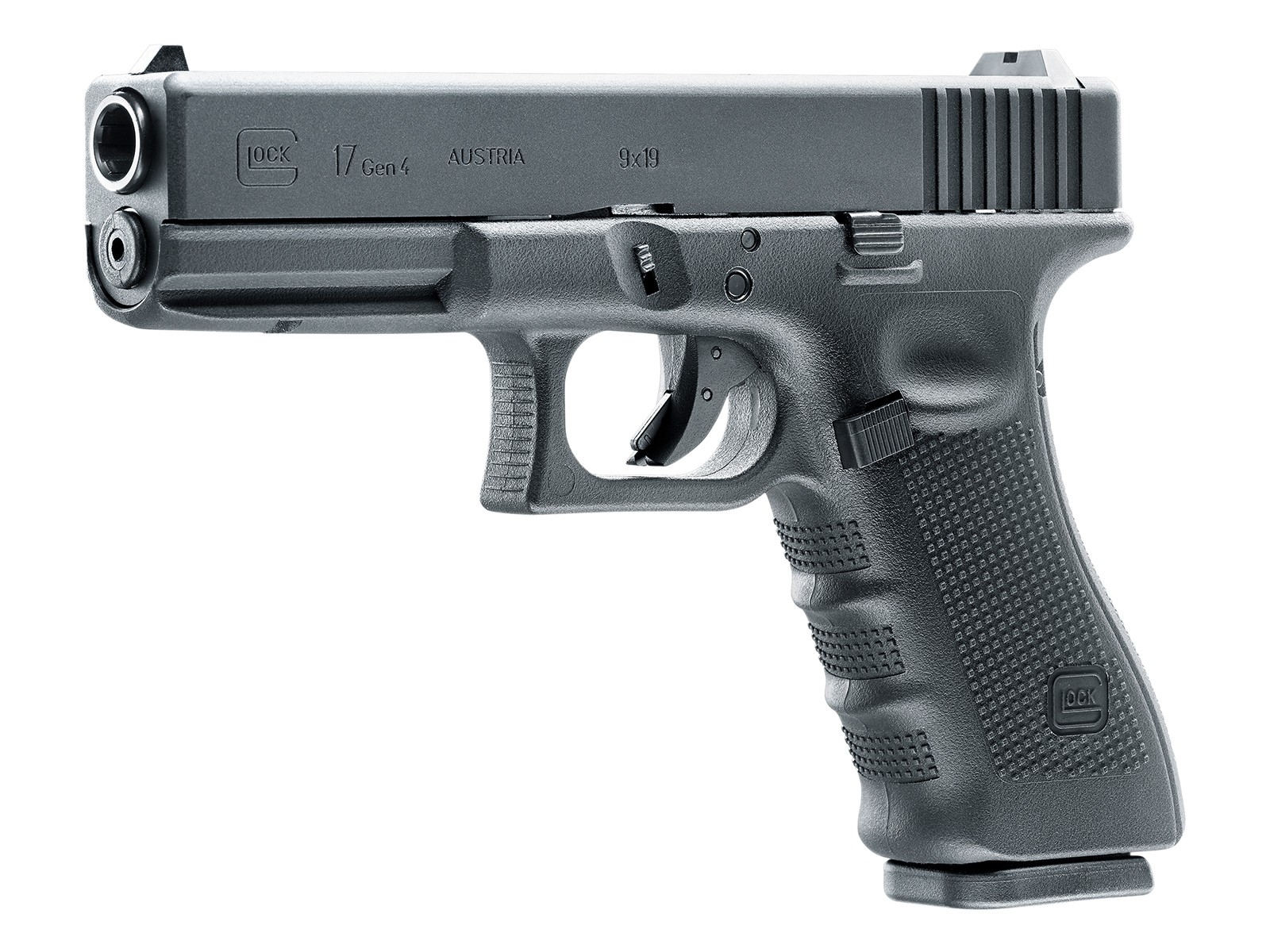 Needs 9mm. On slide. Like Other 6mm. Or .177 cal (4.5 mm.) Over sea's Glock's. Sell in a real Glock pistol hard case. Like the real firearm ! This will be a great update. At customer cost ! Get a full discount of a purchases of 3 or more magazine's.

Get one soon because it looks to real. Soon maybe banded by the ATF ! And other law Enforcement. This is a true Collectable. Will purchase more soon.

This air gun looks and feels great . The trigger pull is nice and light ,

Only about 3 out of 10 bbs correctly fired . Some of the failures just rolled down the barrel . Fixed sight , and at 3 yards it hits 8 Inches low and 3 inches left .

The gun is a very accurately made replica. Actual Glock accessories ( like lights , lasers , holsters etc ) fit on it for training. However its poor accuracy and poor reliability make it a poor choice for shooting.