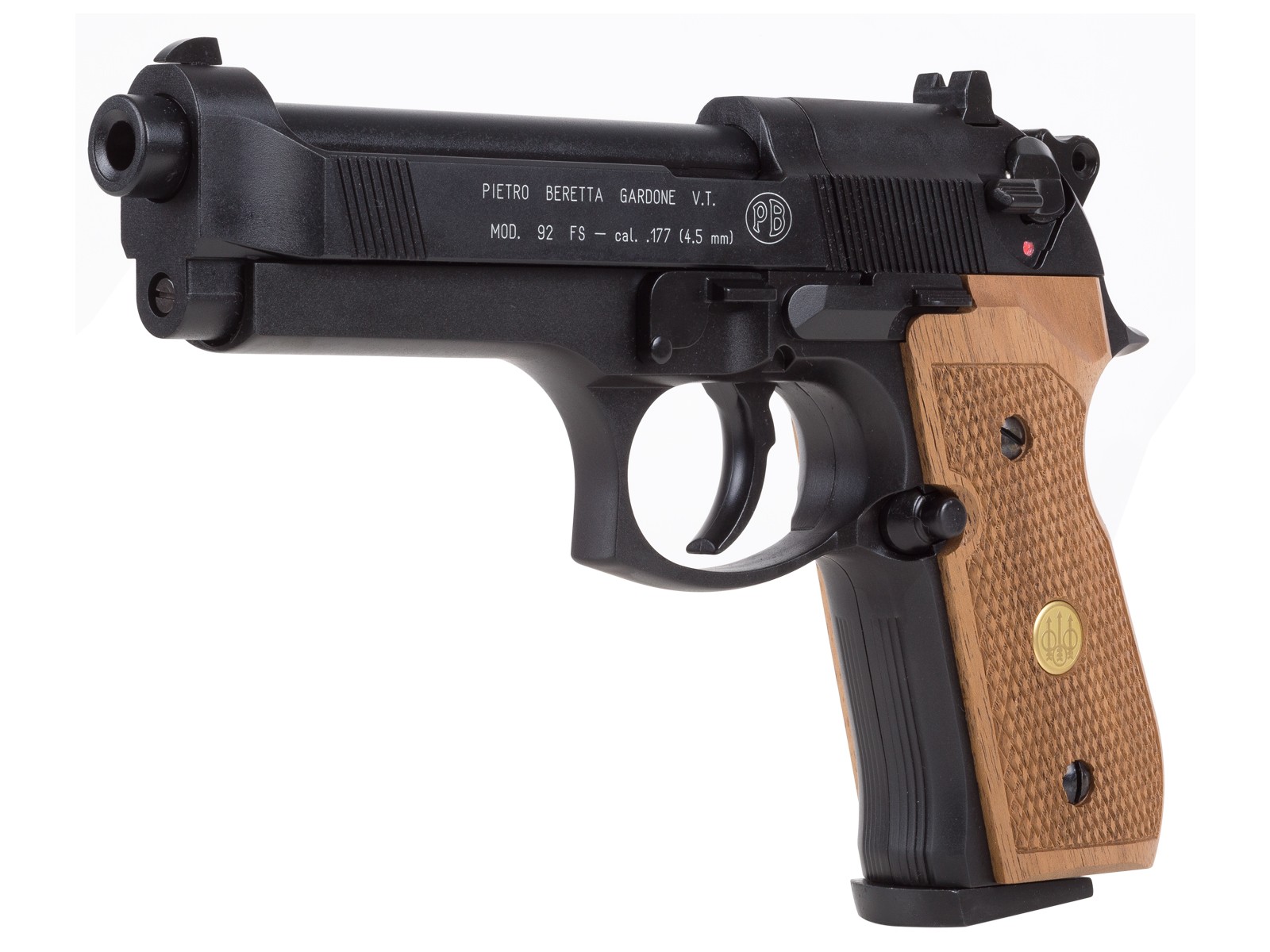 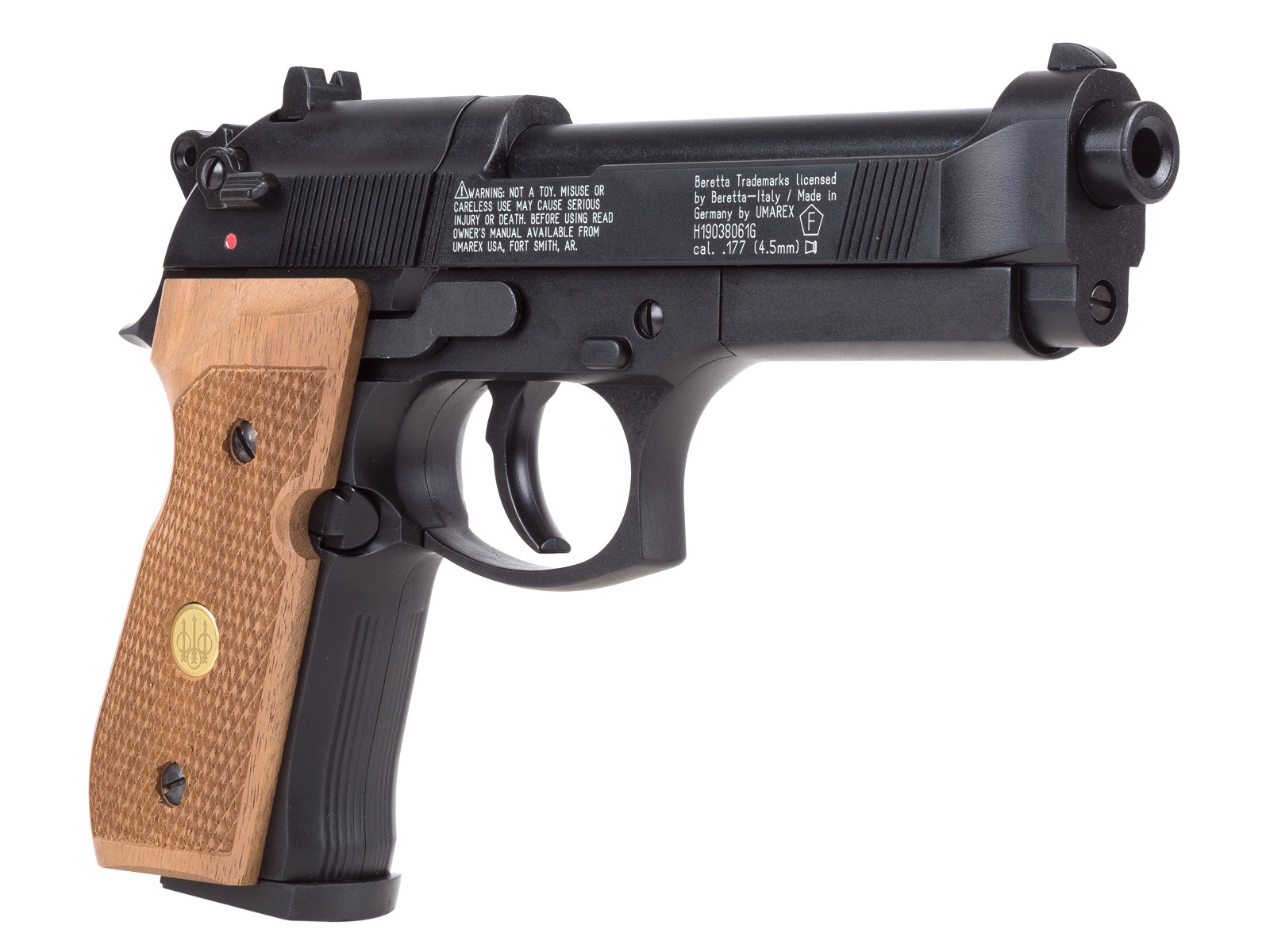 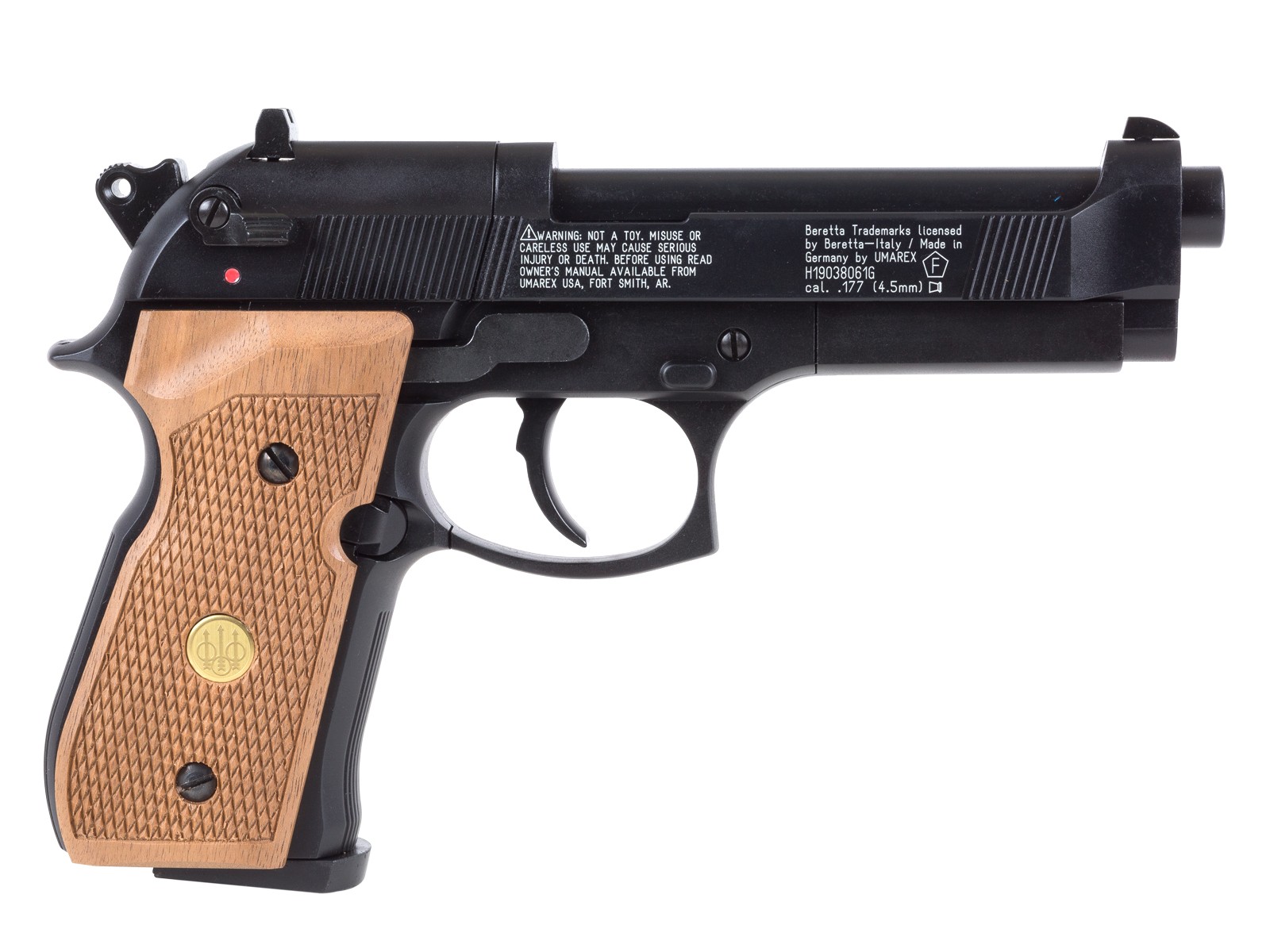 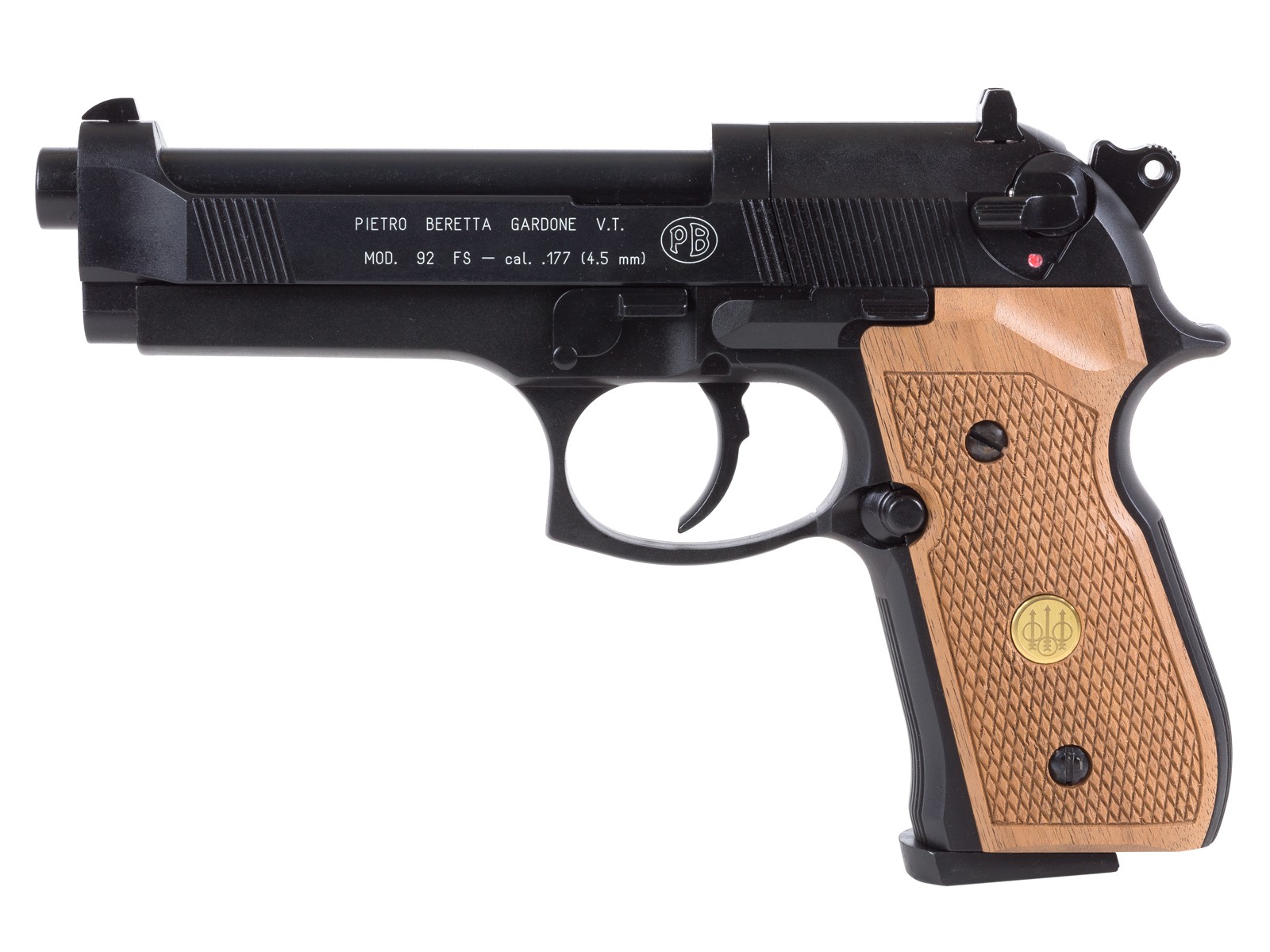 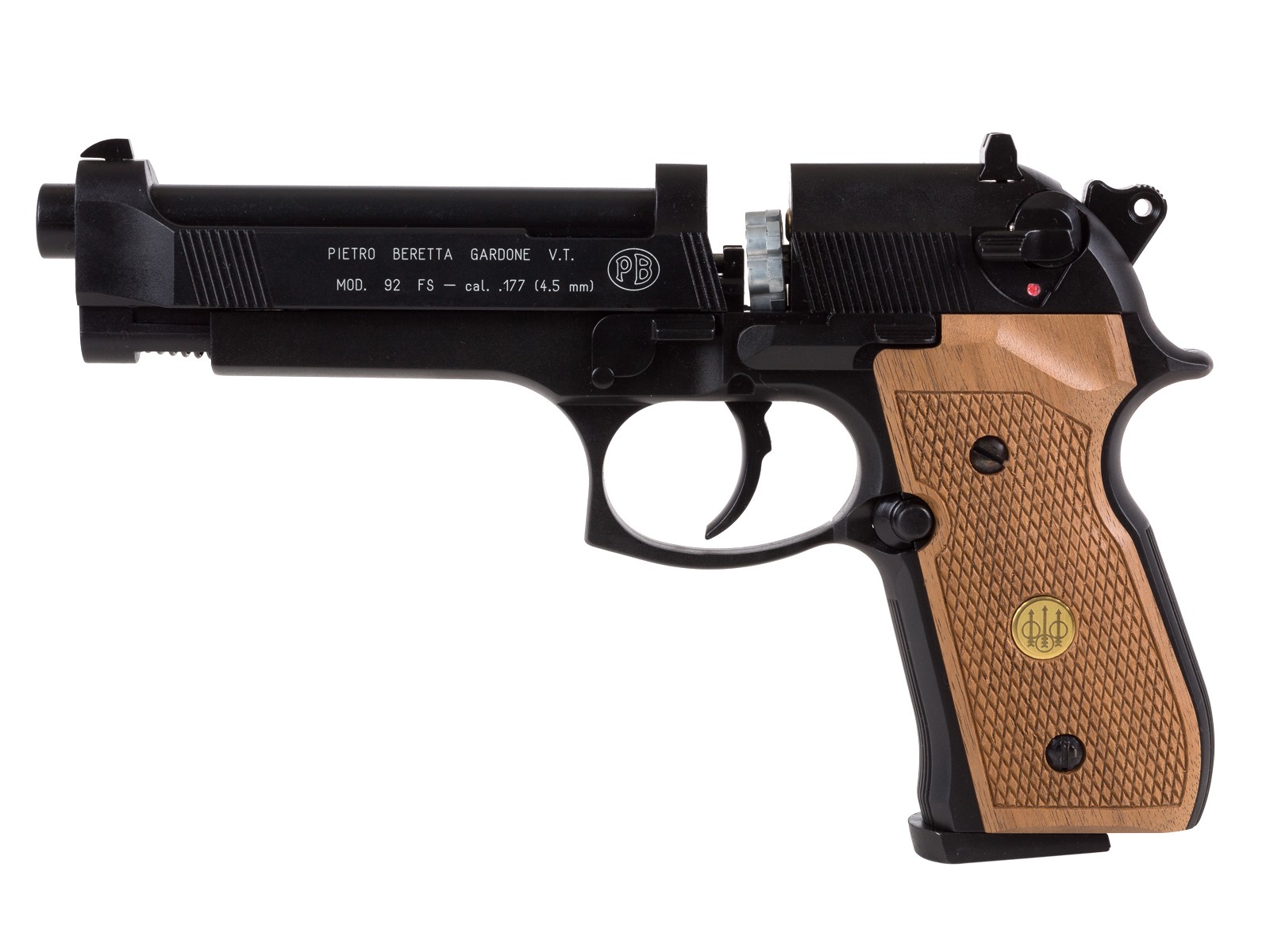 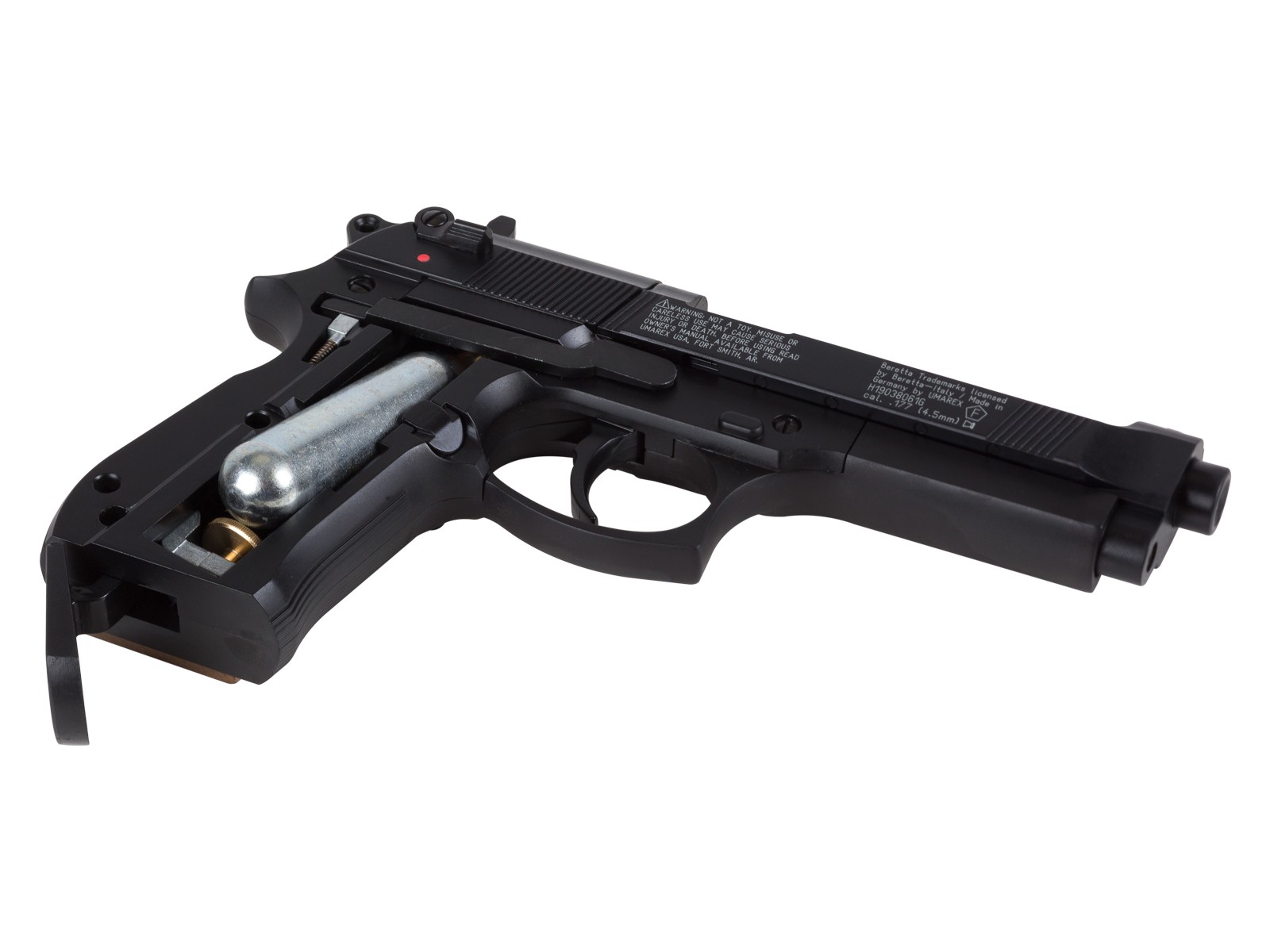 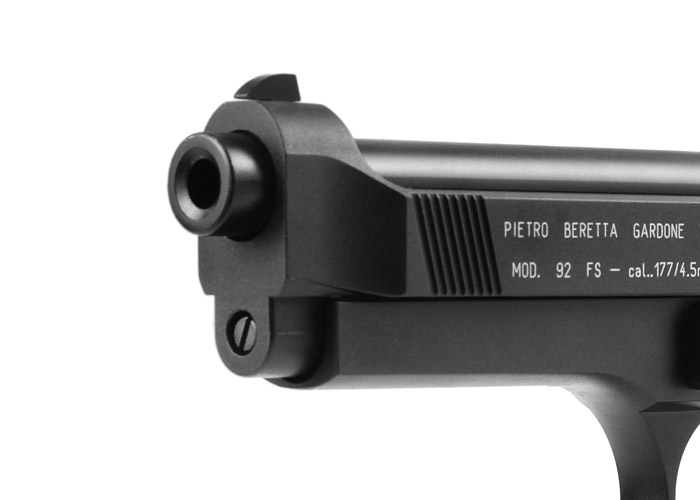 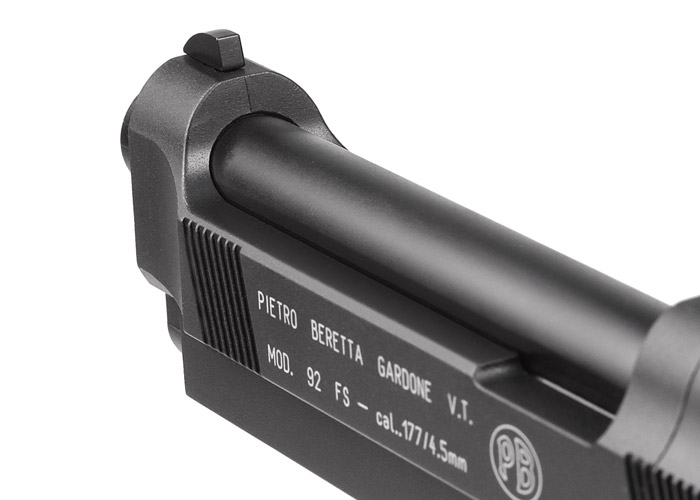 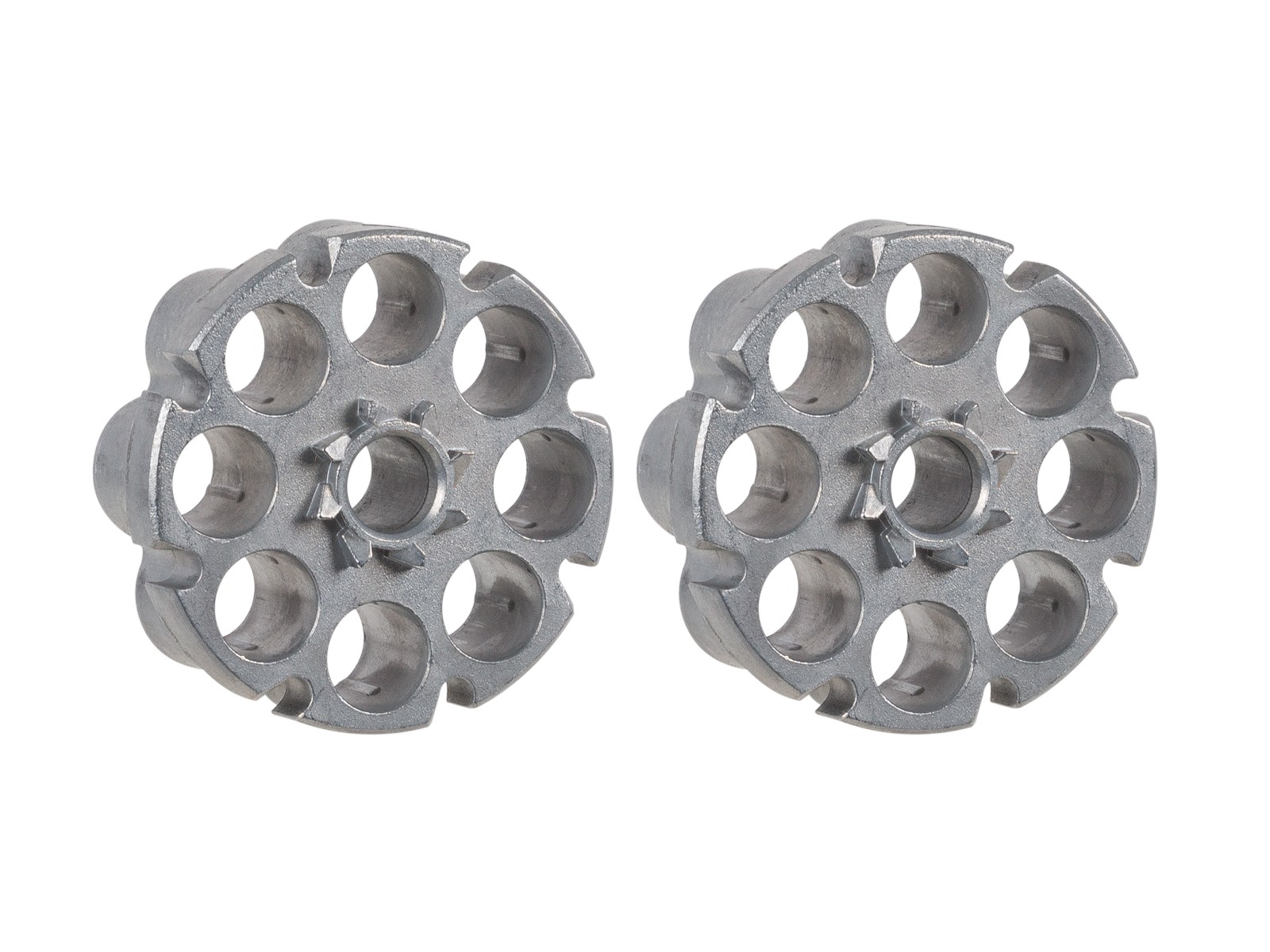 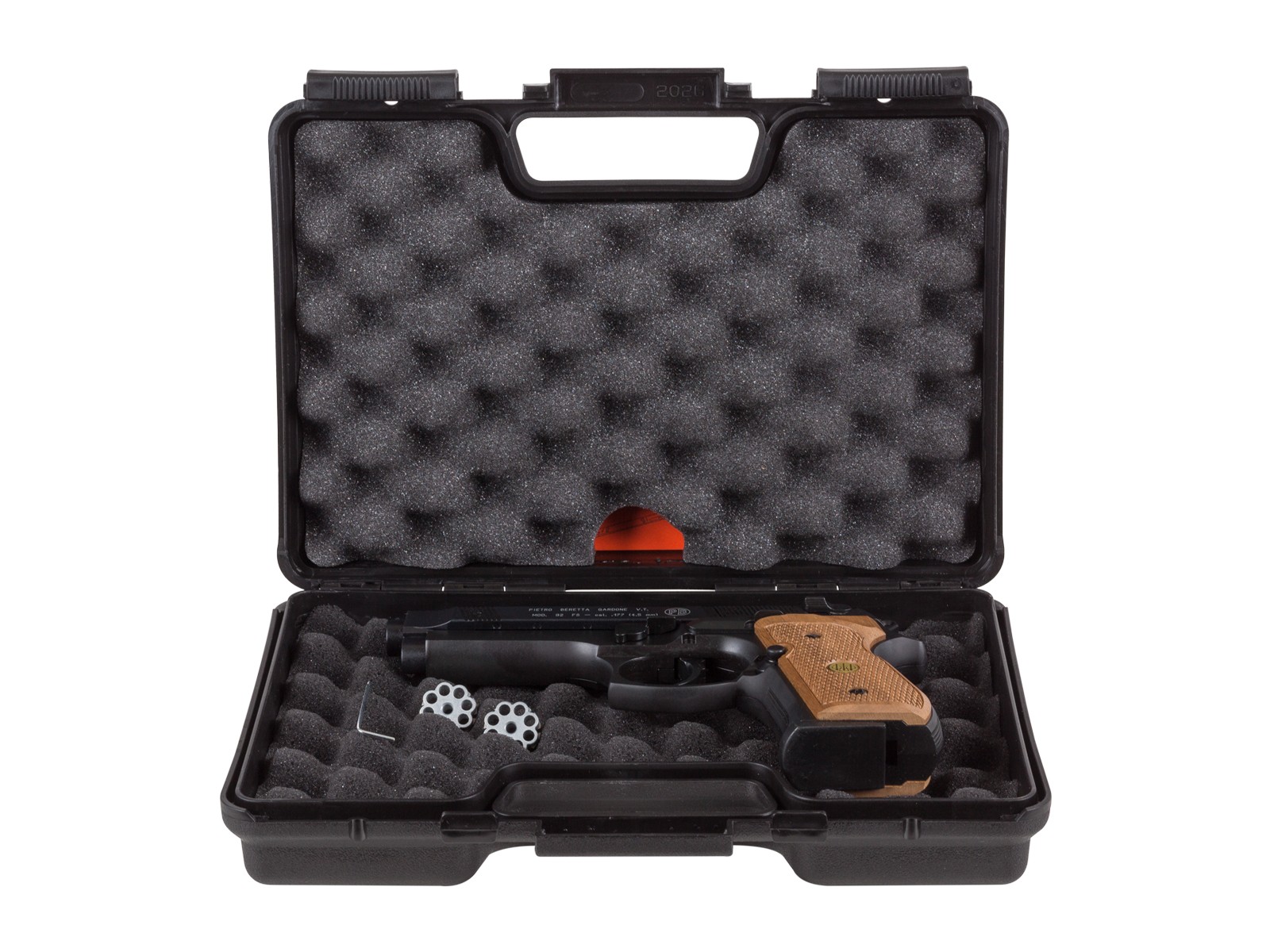 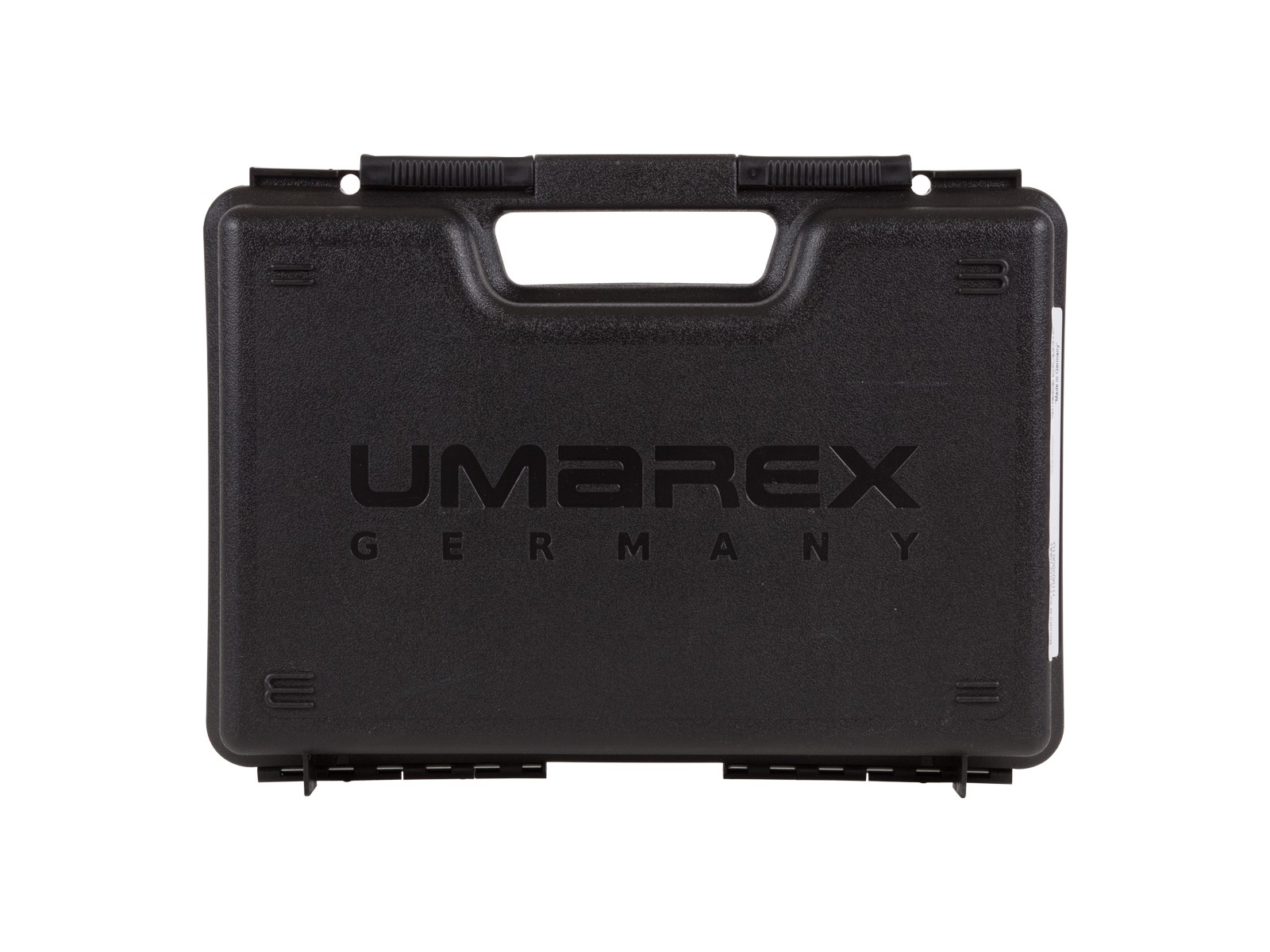 Very realistic copy of the firearm. Whether you want to shoot for fun or need to maintain firearm proficiency, the Beretta 92FS CO2 pistol will become one of your favorite pistols.

Everything. The way the CO2 loads in the handle especially. The cross bar safety, no issues with this style. A person can't accidently shoot when safety is on. Not like other action pistols. Very accurate and hits hard. Realistic weight.

92FS is designed not to cock when CO2 is very low. Going along with the great safety makes this pistol really unique. Love these features. On mine, the aim with 7.0 gr pellets is front bead half down and center of rear blade. This pistol can hit one ragged hole if you do your part. I have owned mine for over a year I believe, with no issues.

If you want the next thing to the real 92FS, this is it. It just feels and looks like the real firearm. Wood grips is a must. It makes it a "work of art." Decent case to keep it in. Could be better tough!

Needs better sights. I painted the front post green and the rear notch red with Testor's model paints. This make acquiring the bull's eye target much easier. Why doesn't Urmarex do that? It's simple to do.

Action in both DA & SA is very stiff in the beginning. The Germans use way too much oil in/on these. I had to send my first one back to Umarex because the action just jammed up and would not work. They did replace it with a new one (was under the 1 year warranty period). Urmarex remarked and the returned a new one to me, and stated that the defective one, "had too much oil." Really? You should have seen how much oil was on/in all over the new one in the plastic wrap they sent it to me in! It looked as it were dropped in a barrel of oil before they shipped it! Time will tell if this one will continue to operate like a "German made product should." Accuracy wise... my Crosman 2240 .22 cal, will out shoot the 92 FS.

Very well made replica. This was my first purchase! I got this of ebay and then ordered all the case, rotary mags, scope and grips from Pyramid Air. I paid less money than $299.00. I saved about $80.00 dollars but being properly advised I never had a problem. Kind of wish it had blowback. Its very accurate and fun to shoot. Thanks Pyramid Air!

Just a small drop of pellagun oil every co2 change and never leave the co2 charged in the pistol.