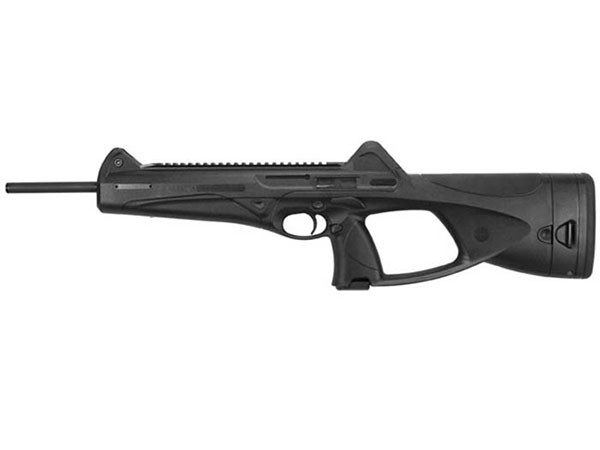 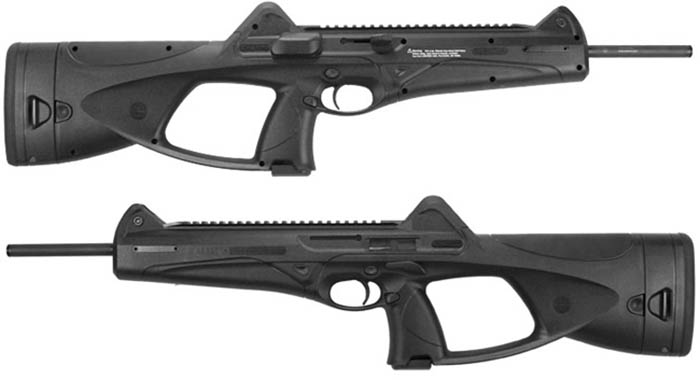 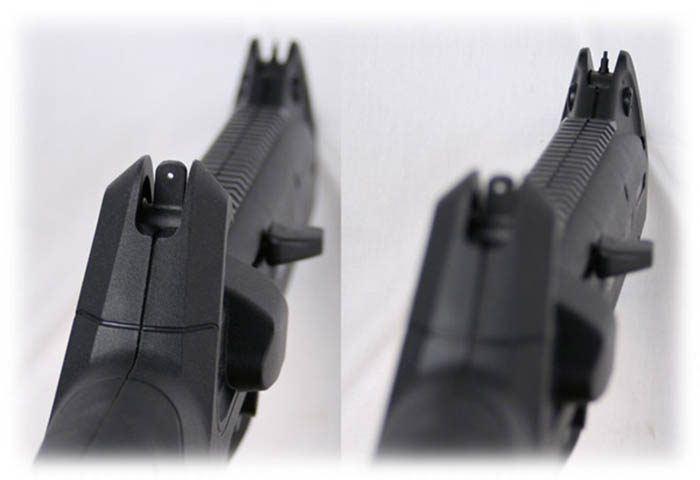 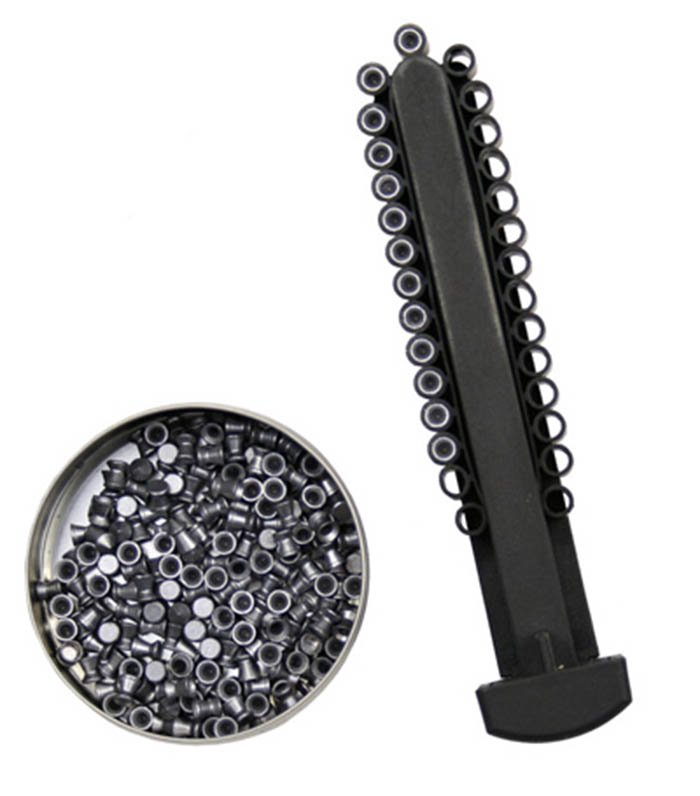 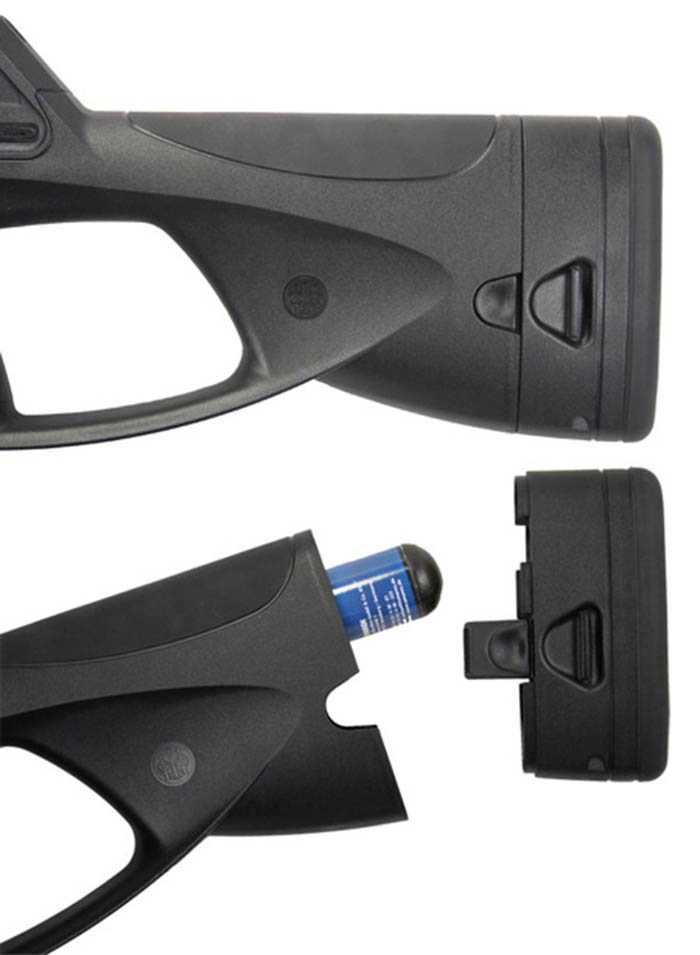 Butt of Stock and CO2 Insert

4.0 (69 reviews)
Product DetailsItem comes in various specifications. Check product details to select what is best for you.

Rock 'n' roll with the Beretta CX4 Storm! A replica of the CX4 semi-auto firearm, it really sends the pellets flying downrange. The belt-fed magazine delivers 30 pellets just as fast as you can pull the trigger. Just fill the mag, pull the cocking bolt, pop an 88-gram CO2 cartridge into the gun and start shooting! You'll get over 200 shots from one CO2 fill.

The sights are unusual for an airgun. The front sight is adjustable for elevation, while the rear sight is adjustable for windage. It comes with a long built-in Picatinny rail, so you can quickly mount a scope, red dot sight or laser. A big, bad, beautiful gun that loves to shoot as much as you do, the CX4 looks and feels just like the firearm it copies. The smooth, rounded corners of the synthetic stock won't get hung up on clothing. It slides from side to side and easily lifts to the shoulder.

Remember to buy a good supply of pellets, 'cause you'll go through a tin in one sitting. Yeah, it's THAT much fun!

Hands down the coolest airgun out there for the money. These go out of stock quick as i had to wait for mine so if you are on the fence,just buy it,you'll love it! Extremely accurate and after putting maybe 600 pellets thru it,not a single jam or misfire. Love the high capacity and very easy to load...

Buy yourself at least 1 extra magazine as you'll blow through the clip in a few seconds..

I like the 30 shot magazines (I have 7 of them) and they are relatively easy to load especially if you use a needle point tweezer and seat the pellets with a ball point pen. I've fired about 1000 rounds so far without a jam, but do infrequently have a misfire. I use only RWS R10 Match 7.0 grain pellets in all my pellet guns both hand guns and rifles. In three years of use I find them to be the most accurate and jam free pellets although a bit expensive. Get a about 210 shots with one CO2 cylinder ( hence the 7 magazines) before starting to lose power or accuracy. Do all my shooting in a 25 foot indoor gallery. As far as accuracy goes, I can put 30 rounds into a 1 inch circle at 25 feet using an inexpensive red laser sight and bench rest. I have about a dozen CO2 guns, pellet and BB, and i would say the accuracy is a little better than average for this group at this distance. It's a lot of fun to shoot at the Venturi self-rotating, don't have to reset, moving target.

Wish the trigger pull were adjustable (it's about 8.5 to 9 lb) . Am teaching my grand daughters how to shoot and the trigger is a bit stiff for them. The price is a bit high although the quality also appears to be high. At the current price they should throw in 3 or 4 extra magazines.

Had a similar experience to Monte discussed in their review on 2017-08-12. The first time I shot it, I shot 210 rounds and decided to take the CO2 cylinder out. Apparently there was still too much pressure and as the cylinder reached close to the end of the threads it blew back and shot across the room. Fortunately no one was standing in its path. It blew the seals in the gun and i sent it back to PA and they either repaired it or sent me a new one. Have not had any problems with the 'new' one. They replaced the CX4 ,no charge and no fee for shipping either direction. Have had excellent service from Pyramydair for the past 3 years; I do nearly all of air gun business with them.

Very well made, relatively light even with the heavy CO2 canister installed, great concept to allow 30 shots to be fired without reloading, grip can be installed by adding a bottom rail, well made custom fitting case, easy to load magazines, zero misfires when you use the special tool to set the pellets, reasonable price for what you get, works great with inexpensive RWS Hobby pellets.

Would include more than one magazine (as they cost $25 each), would include a bottom rail so that I wouldn't have to spend $50 to get one so that I can install a grip, would pay for shipping back to the factory if a repair was needed under warranty. I'd also like to see some semblance of accuracy beyond 150 shots. There's plenty of air left to propel pellets, but the gun shoots about six inches low at 25 yards after that.

I bought this rifle because it was so different than the other airguns I own. The concept is great. The gun looks and feels great, and is made of very high quality materials. BUT. . . you will blow the seals if you unscrew the tank too fast while it still contains air. That's what happened the first time I used the gun. The accuracy dropped so dramatically after 150 shots that I decided to not waste more pellets and put in a new tank. But there was so much air left in the tank and I probably unscrewed the can too fast that it blew the seals. I had the gun repaired by Umarex under warranty but I had to pay ($38) to ship the gun to them. My biggest pet peeve is that the gun loses so much accuracy after 150 shots shat it becomes useless at that point. I'm talking six inches low at 25 yards. I paid for the gun but also a red dot scope ($85), a bottom rail ($50), a grip ($40), three extra magazines ($75), and spare canisters ($80) plus pellets. I'll sell this gun now at a loss.