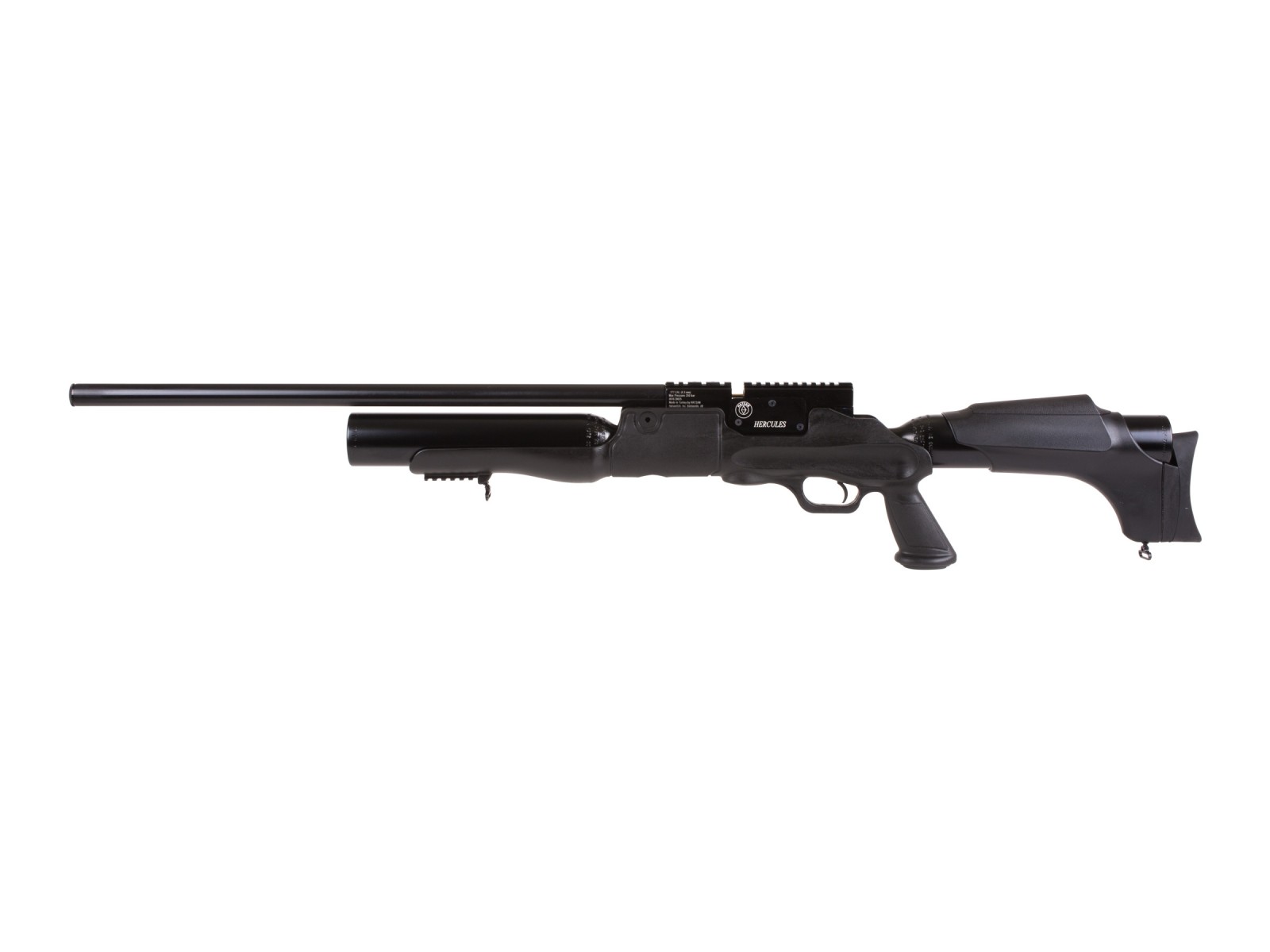 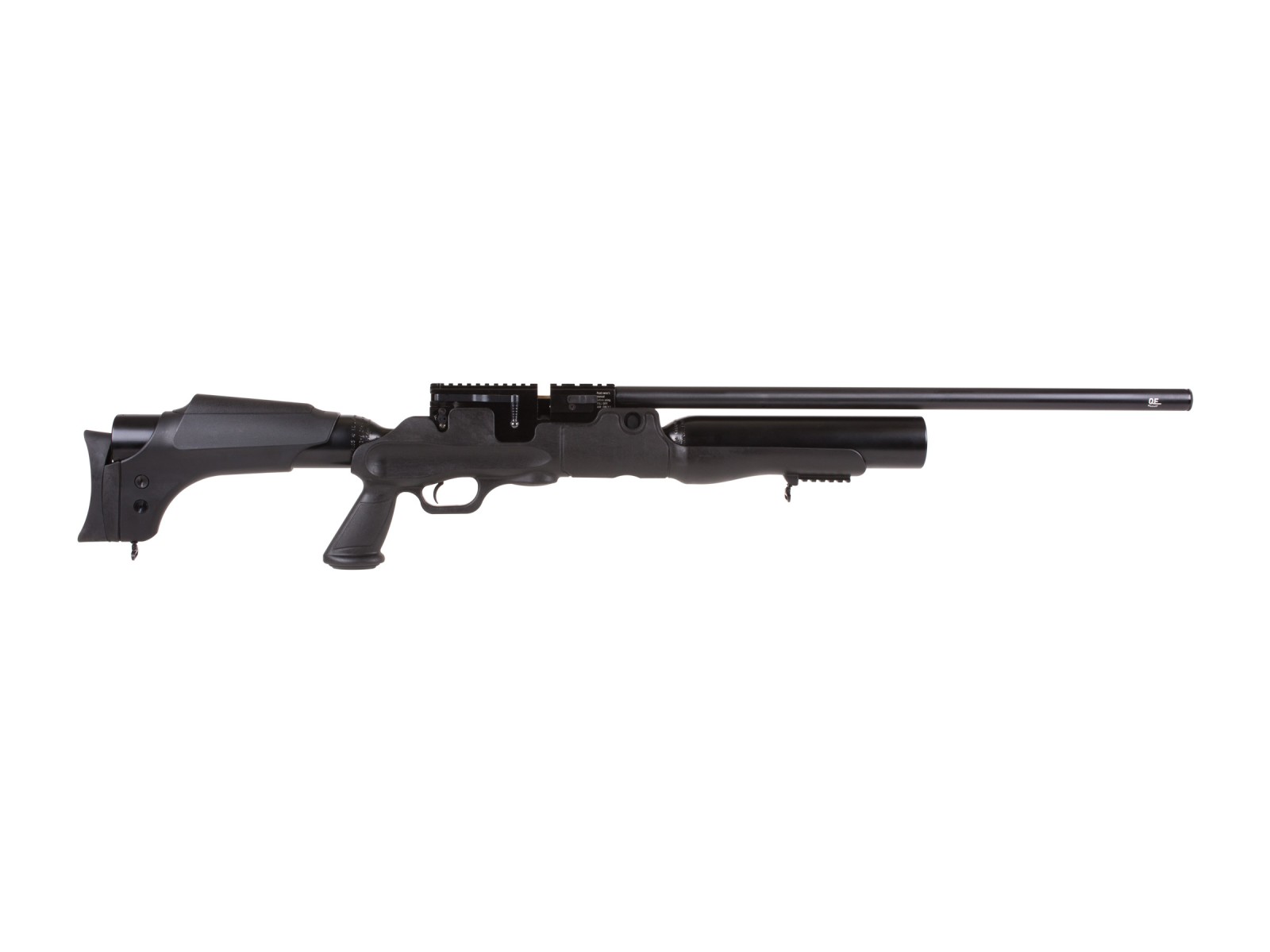 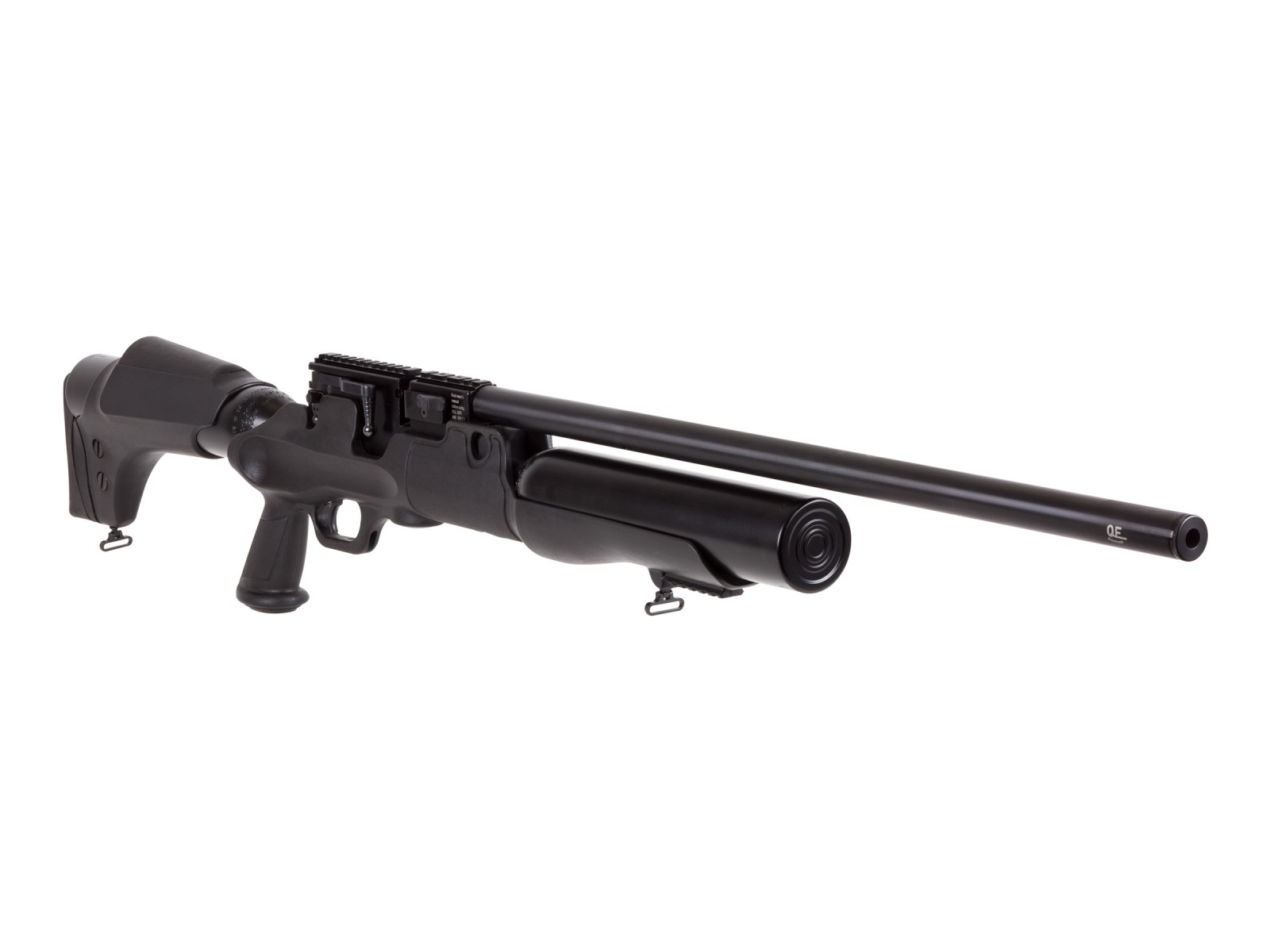 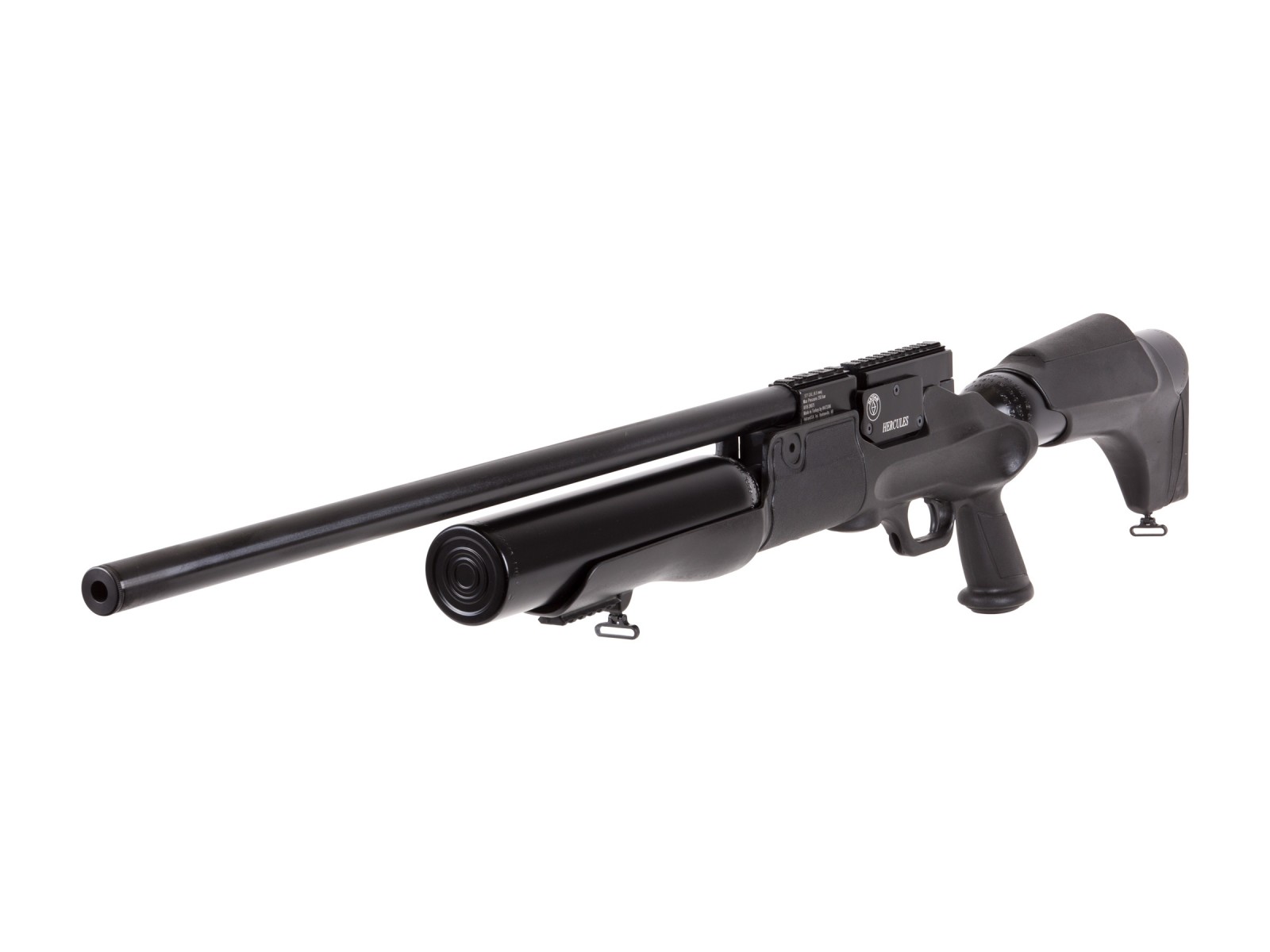 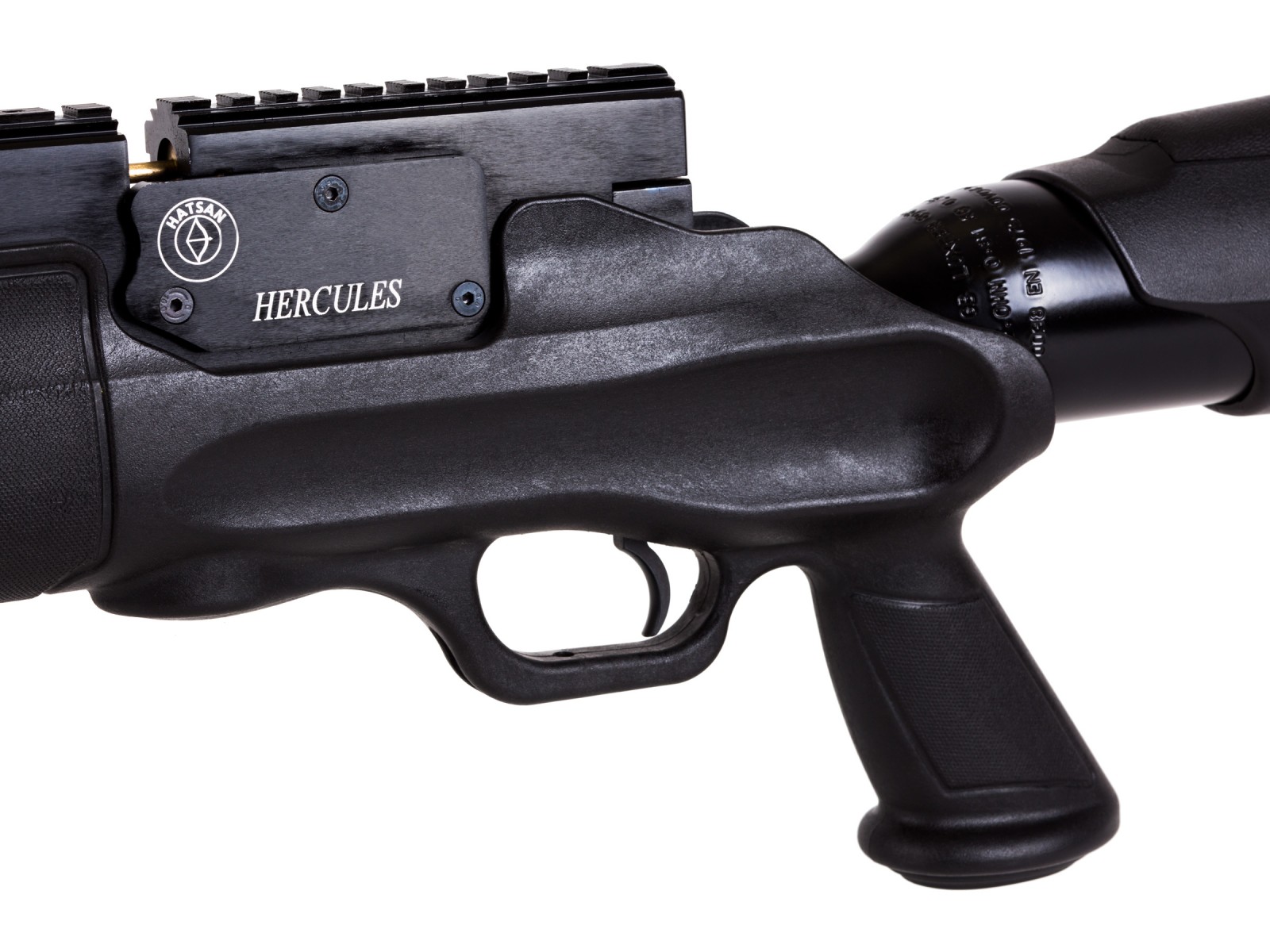 4.0 (25 reviews)
Product DetailsItem comes in various specifications. Check product details to select what is best for you.

Tech Tip: The .45 caliber barrels are NOT choked to provide better performance with cast lead ammo. Recommended ammo for .45 caliber are 166 & 176 grain. Heavier pellets may not fit in magazine.


The Hatsan Hercules QE air rifle is a stealthy powerhouse of PCP kinetic energy. The high shot count allows for a long day of target shooting, and enough powerful follow-up shots to take care of whatever you're hunting.

The QE technology incorporates a fully shrouded barrel with an integrated sound moderator that cuts shot noise by approximately 32%. That means all your shots will be even more enjoyable. The ergonomic, tactical stock is constructed from an all-weather advanced polymer and stands up to harsh conditions in the field.

Add a sling and you're ready for your choice of the range or a great day of hunting.

The Hercules incorporates two 500cc air cylinders resulting in the shockingly high shot count. One cylinder rests in the forearm while the other resides in the buttstock.

Tech Tip: Due to the Hercules's 1000cc capacity, handpumps are not recommended.  We only recommend this gun for shooters with the ability to refill the airgun with a high pressure tank.

I like to power and it being a multishot system, this was the reason for my purchase.

Thing that need to be changed; 1 Is the magazine advancment system, 2 The fill port cover 3 The air valve plunger

Things that have failed. 1 Is the magazine advancment system as is will not align the slug, jams the gun and causes the cocking to be rough. I installed a new system same issue. So the leaver was removed which made the gun cocking smooth. So now just rotate the mag by hand. 2 The fill port cover will not open enough causing the fill probe to catch on the o ring and causing damage. The systen broke and was removed. I leave the prob inserted and put a rubber cap on it. 3 The air valve plunger pin broke off a the O ring. This was replace but i believe it will brake again.

It's just a dam good gun

Change the full port And the bottlis to Corbin tanks

It's just a dam good gun

Change the full port And the bottlis to Corbin tanks